Recordings Artists and the Problem of Leaked and Bootlegged Music

Leaked songs and bootleg music are a huge problem for the music industry and have been for decades. The birth of the Internet has made it an even bigger problem. Songs by big name artists are regularly leaked soon before their official release date. Lady Gaga had to move up the release of her song Applause when it leaked early. These early leaks are problematic, since the only way to get a song is to download it illegally. Many people who would have bought a song may not bother once they get their hands on a pirated version.

Another problem is the leaking of unreleased songs. Many artists record more songs than they can put on albums. If leaked, artists may not want to use them on future albums and they may be unable to sell them to others. Record labels are also concerned that leaks compete with official recordings. Bruce Springsteen did a re-release of his album Darkness On the Edge of Town that included several previously unreleased songs. He may have been unwilling to do this if the songs had already leaked.

While recording songs at concerts is commonplace, many singers dislike the practice because bootleggers will often sell the recordings and the artists and their labels make no money from the sales.

Leaking songs is a risky activity because those involved can be charged with a crime. Despite the risks involved many leakers aren't making money off of it. They'll get songs illegally by hacking, or from a source within a record label or radio station. Many times unreleased songs are traded among stans (serious fans) of a particular artist. Eventually someone will leak them onto the Internet.

Sometimes leaking is very profitable. Singer Prince decided to pull the release of The Black Album one week before it's official release in 1987. It's unknown what led to the decision. Some promotional versions of the album were available that bootleggers were able to copy. It's believed hundreds of thousands of copies were sold. The album was officially released in 1994.

Another major leak was the underground Bob Dylan album Great White Wonder, which had several unreleased songs. The album was packaged in a plain white cover in an attempt to escape the notice of Dylan's record label. According to Rolling Stone Magazine, it was the:

"first commercially available bootleg. Great White Wonder flew off shelves, kicking off the age of the rock & roll bootleg. In the four decades since, Dylan has been bootlegged more than any other artist."
-- Andy Greene, Rolling Stone, The 10 Best Bob Dylan Bootlegs 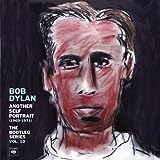 The Loss from Bootlegging

In the mid 1990s, Bruce Springsteen filed a lawsuit against bootleggers in Bristol in the UK. At that time the financial loss to record labels and artists in Britain was estimated at 15 million pounds. More than 1 million CDs and cassettes were sold featuring live concert performances and live broadcasts in the UK alone per year.

According to a 2000 Las Vegas Sun article, Pearl Jam fans were paying $50 for bootlegged live recordings of the group's concerts. In an attempt to beat the bootleggers, the band put out live CDs from 25 of their shows for just $17. Not surprisingly, many music retailers were unwilling to carry all 25. Since Pearl Jam varies the material they play at every concert, bootleggers can profit from selling recordings of each one. Pearl Jam even considered bootlegging the bootleggers' recordings.

"Virtually every Pearl Jam concert is made available on disc by bootleggers...the band has collected most of them.

The musicians rather wickedly considered releasing a compilation of the best live recordings from those discs. After all, what were the bootleggers going to do -- sue Pearl Jam for stealing their unauthorized recordings of the band's music?"
-- David Bauder, Las Vegas Sun, Pearl Jam goes live to fight bootleggers

The band has continued to release these live recordings with a new batch as recently as 2012. They've sold more than 3.5 million copies. There's clearly a lot of money to be made by bootleggers who sell works from big name artists even when they offer low quality live recordings (although sales have declined due to the ease of obtaining live performances for free online).

Bob Dylan attempted to beat the bootleggers with the three-CD set The Bootleg Series, Vols. 1-3. He followed that up with six more volumes. However, it failed the stem the tide of underground Dylan recordings.

In January 2013, an anonymous leaker 3rd Eye Girl leaked some Prince songs. Prince's lawyer issued a cease and desist order and pointed out in a letter aimed at the leaker that she could have to pay damages of up to $150,000 per song as well as attorney's fees if caught. Leaked Prince material is usually removed quickly from YouTube by Prince's lawyers.

The UK newspaper The Guardian has an article on their website called "The 20 best Prince songs you've never heard." All of the embedded videos are broken links because they've been removed due to copyright claims. It's hard to find either released or unreleased Prince material online because it's removed so quickly.

A blog post on the website City Pages, that covers the Minneapolis and St. Paul music scene said:

"Earlier this year someone uploaded to YouTube old rehearsal footage from around the time of Purple Rain--pretty revealing and interesting stuff. It's long gone, thanks to Prince's lawyers."

In 2007, Prince announced a lawsuit against YouTube and other outlets that host illegal music and videos. According to a statement from a Prince representative:

The suggestion is that YouTube was deliberately allowing the illegal posting of copyrighted material because it's business model depended on it. YouTube has since implemented a system called Content ID that copyright owners can use to prevent illegal content from showing up on the site from the moment it's uploaded.

It's completely understandable that Prince wants to protect the copyright on his creations. But some may question if he takes it a bit too far. In 2007, Stephanie Lenz, sued Universal for sending her a "take down" request to remove a YouTube video of her toddler dancing to Let's Go Crazy by Prince. The clip was only 29 seconds long. Lenz argued that the video was fair use. The case is ongoing.

Oddly Prince also went after fan sites and seems to be trying to protect everything related to his image. This included asking for the removal of album covers, photos of him in concert and lyrics. The particular fan sites in question weren't even commercial websites profiting off his work. A group of these fan sites joined together and became Prince Fans United in an effort to counter the legal threats. Salon criticized Prince for his behavior:

"And how else is the purple wonder preparing for the millennium? Why, by suing his fans. Not just the fans who buy his music. But the fans who love him so much they actually took the time to create Web site shrines to his greatness. The little litigator has accused these devotees of infringing his copyright by using that nifty symbol he now goes by. But here’s a catch: He not only gave them permission years ago to use the symbol, he e-mailed it to them and said, “Here, please use it.”"
-- David Rubien, Salon, The Artist you better not call Prince

In a rather odd incident, Prince did a cover of the Radiohead song Creep during a concert. Someone filmed it and uploaded the video to YouTube. Prince ordered it taken down. Radiohead's Thom Yorke responded by saying:

Billboard pointed out that:

"The dispute was an interesting twist in debates over digital ownership, held between two major acts with differing views on music and the Internet."

Most recently he filed a lawsuit seeking damages of $1 million each from 22 different people, mostly fans, who posted links to bootlegs of live shows. These are not people who uploaded illegal material. They simply linked to it. Most of the links were on Facebook. The lawsuit has since been dropped possibly because linking to pirated material isn't an illegal activity.

Ke$ha, who made her songs freely available on MySpace before she got a record deal, has a very different attitude when it comes to leaks. When asked about fans leaking her songs:

They're so crazy; I love them. I live for them!" she laughed. "I have songs leak all the time, because I've written like, hundreds and hundreds of songs, and my fans somehow find them on the Internet, somewhere — I don't even have them — and they put them around. I love them for that; I'm excited the world gets to hear things that didn't make the record.
-- James Montgomery, MTV, Ke$ha On Fan-Leaked Demos

Prince and Ke$ha are two singer-songwriters with diametrically opposed views on the issue of leaks of their unreleased music. Both artists are very prolific and are said to have large amounts of it. Prince actively fights it. Ke$ha actively supports it and allegedly participated in leaks of songs her label wouldn't let her put on her current album Warrior.

Whose response to dealing with leaks of unreleased music do you agree with?

A journalist with the Lincoln Journal Star was surprised when he attended a Ke$ha concert in Nebraska because she encouraged fans to record her performing her unreleased song Machine Gun Love. Her label refused to let her put the song on her Warrior album because it was rock n' roll rather than pop. She has also encouraged the recording of live performances of album tracks like Last Goodbye. Rock groups like The Grateful Dead, Phish, and Nine Inch Nails encourage their fans to record their concerts. But it's generally unheard of in pop music.

Ke$ha said “I’d get out your phone and press record now. You’re not going to get this anyplace else.” That’s right -- Ke$ha was inviting recording of her unreleased song. That’s not unusual at some jam band concerts where the band encourages and supports fan recordings. But a pop artist telling the audience to push record is rare to say the least and was more than a little surprising...harkening back to the old days of “bootleg” concert recordings.
-- L. Kent Wolgamott, Lincoln Journal Star, On the Beat: Ke$ha encourages in-concert recording

Ke$ha also had someone on her team scour YouTube for lyric videos of her released songs. A list of these lyric videos was then posted on her Facebook page. Ke$ha herself pointed fans to illegally posted versions of her work that's available for purchase. Why might she do this? Probably due to the intense restraints put on what popstars can put on their albums or release as singles. This YouTube comment shows how it can benefit her.

The War that Will Never End

The illegal leaking of unreleased music and the unauthorized sharing of released music will be a never ending war. Devoted fans want to hear as much material as possible from their favorites, so they'll leak and spread music for free. Most artists would be uncomfortable going after devoted fans who aren't even profiting from the material they leak. Artists will have opposing views on the issue with some actively fighting to protect their copyright and others who are eager to share music that they weren't going to sell anyway.