James Hammerton of the Sliding Doors said, "Everybody's born knowing all the Beatles lyrics instinctively. They're passed into the fetus subconsciously along with all the amniotic stuff." We all know and love the band but nobody has heard the music this well in a very, very long time.

Fans everywhere know about the stereo box set which features the Beatles remastered music. As a matter of fact, fans were so thrilled with this release that the set sold out in record time. My husband was one of those who had decided he should have the set. However, he hesitated and, by the time he acted, well, the cupboard was bare. It was too late.

That was when this boxed set was released. Fast forward five years and you will find the set readily available on Amazon by clicking right here and you can use a new or a used set, depending on your budget.

For those not in the know, "The Stereo Box Set is a box set compilation comprising all of the remastered stereo recordings by The Beatles." - Wikipedia

"Finally it arrived yesterday! My long awaited Beatles Stereo Box Set! I started collecting the original CDs when I was 12, and finally finished my collection when I was 18 or 19. I put these discs up for sale on EBay just to purchase this new remastered collection. It does not disappoint! The box is very sturdy, and a great protective housing for all of the digipacks. The packaging looks absolutely great! The new expanded booklets offer more insight into each release, and the photographs are a great bonus. Most importantly, the sound is better than ever! I had no problem with the sound on the original discs; that is, until now. The bottom end is more prominent, and the overall sound is much clearer. You will notice things you didn't notice on the original discs..." - Ram T.

The music on each and every track is nothing short of excellent with crisp, clear vocals and instruments that sound like they're being played right next to you all coming together to produce some of the greatest music of all time. Beatles fans would do well to add this to their collections; you won't be disappointed!" - Matthew G. Sherwin

"...Now, I have listened (played) Beatles songs for 45 years, Through all of it's recording formats, including mono/stereo .You name it. When the CD versions made their appearance in the early 80's they left alot to be desire, the sound was flat, missing alot of the unique sounds from the analog vinyl. Well, CD digital technology has come a long way in 30 years so the old argument about analog being superior (sound) does not exist anymore. The remastered Beatles CD's are stellar in every possible way. The highs,the lows (frequencies) are ALL there. You could not ask for (better) more.

You have to thank the many talented people that obviously worked so very hard to remaster these Beatles Masterpieces, a reality of pure listening Pleasure. And finally, all you (The Beatles Fans) people have to THANK "John,Paul,George, and Ringo" because without THEM there would not have been "The Beatles"(music). Nuf said," - J. Pendris "Disceater

"The best part of these CDs is the emotion you hear in their voices on many of the songs. It's just something that was a bit drowned out before. Listen to Yesterday or While My Guitar Gently Weeps and you will no doubt understand what I mean. I will take this over the Love 5.1 remix any day. I believe this is as good as it gets for people who love the Beatles." - El Treto "Dmtspaces"

The Stereo Boxed Set was remastered by Guy Massey, Steve Rooke, Sam Okell with Paul Hicks and Sean Magee. It features thirteen CDs packaged in a three part dig-pak with digital mini documentaries. It stores in a glossy, black lift top box with magnetic closure and measures 12 inches by 6 inches by 3 inches. It also includes a DVD of all 13 mini documentary shows which runs for 40 minutes. 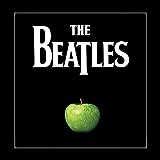