The Best Hallmark Movies Ever

Are you wondering what the BEST Hallmark movies are? Best of lists are pretty difficult to put together because they depend on so many factors, the least of which is personal taste. This list then is designed to share SOME of the best Hallmark movies ever with you. It is not going to be complete nor is it going to be perfect. However, it is really designed for you to share YOUR favorites with others who would benefit from that advice.

If you are a Hallmark movie fan, be sure to leave your favorites, the Hallmark movies that YOU loved the most and that you would recommend to the rest of us in the guest box at the end of the page.

See you at the movies! 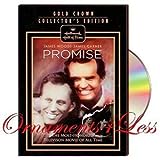 The Hallmark Movie With The Most Awards

The Hallmark Hall of Fame program which won the most awards ever was Promise (1986) starring James Garner and James Woods. It won more awards than any other single program in television history including five Emmys, a Christopher Award, a Peabody Award, two Golden Globes and a Humanitas Prize.

The story? That of love and loyalty and brothers. The older brother (played by Garner) returns home upon his mother's death to fulfill his promise to look after his younger brother, who has schizophrenia. Amazon customer Matt said, "Excellent movie with outstanding performances from James Garner and James Woods. A truly moving and heart wrenching experience."

The success of Promise set the bar high for future Hallmark Hall of Fame movies, but Hallmark was up to the challenge.

Hallmark Movie With The Most Viewers Ever

The Hallmark movie with the most viewers ever was What the Deaf Man Heard (1997), starring Matthew Modine and James Earl Jones, which drew nearly 23 million viewers.

What The Deaf Man Heard is, according to Amazon customer Nancy E. Merrill "a poignantly funny story." It tells the tale of a boy abandoned by his mother on a bus with the warning that he should NOT talk to ANYONE. He travels to the end of the line, talking to no one as instructed, and continues to live in silence with the bus station manager who becomes a surrogate father. This movie has funny parts, too, and eventually the man who everyone believes is deaf reveals that he can hear. Nancy Merrill says, "You'll laugh, you'll cry and you'll want to see it again and again."

I enjoyed What The Deaf Man Heard and couldn't have said it any better than Ms. Merrill did. 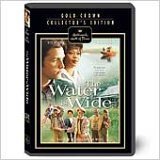 The Water Is Wide - Hallmark Hall of Fame

The list of award-winning movies is endless and I cannot hope to showcase them all here on this page. The following are a few movies from 2000 to the present day that have won awards. 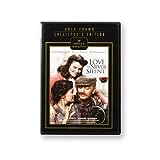 I have read that Love is Never Silent was one of the Hall family's favorite movies, perhaps because it signified the renewal of the Hallmark Hall of Fame production department after a period of time which saw the creation of a number of films that were considered somewhat mediocre.

This movie was a controversial movie because it cast two deaf actors in the roles of deaf characters and the television network CBS did not want to air it because of that fact. Hallmark made the film anyway, with deaf actors Phyllis Frelich and Ed Waterstreet, and it went on to win two Emmy's -- one for outstanding drama and one for best director -- and re-established Hallmark's reputation in the movie industry.

Amazon customer reviewer Senor Nenguno called it an excellent film because it gives a view of deaf people and the way they lived during the Great Depression. He also said that Phyllis Frelich and Edmund Waterstreet provided great acting and shared a look at the issues deaf individuals had at work and at home during those difficult years.

Hallmark Movie About The Holocaust

The Courageous Heart of Irena Sendler (2009)

The Courageous Heart of Irena Sendler is a movie that I recently watched and that I have chosen to add to this short list of the best Hallmark movies because I believe it is an excellent production which shares a very important historical story.

Irena Sendler organized a small group of friends and coworkers and rescued some 2,500 children from the Warsaw Ghetto in Poland during World War II. The film is considered to be reasonably accurate historically although as a made-for-television movie it may be a bit gentler, of course, than what was really experienced by those unfortunate families trapped in the ghetto at that time.

You can read my complete review of this movie by clicking right here or buy your copy of the movie here:

Do you enjoy Hallmark Hall of Fame movies?

Do you enjoy Hallmark Hall of Fame movies?

The Odyssey is a popular Hallmark Entertainment movie, that was long sought after on DVD because it had not been released on that format. Now it has. However, due to scarcity and demand, it is now a somewhat hard-to-find DVD.

You can read my review of the Odyssey here or buy it directly from Amazon on DVD or VHS tape here:

You'll save money and have a second movie if you choose to buy this Hallmark two-movie set, which includes The Odyssey and Gulliver's Travels.

The Christmas Box has only been released on DVD as a double feature with the prequel, Timepiece. Like The Odyssey, it appears that this two-movie set has been discontinued. However, it is available if you are willing to pay the price. And, once again, a more affordable method would be to purchase the VHS videotapes of these movies. You can read my review of The Christmas Box by clicking right here.

I have often seen Sarah Plain and Tall noted as a favorite Hallmark movie and the quality of this movie is made obvious by the number of five-star Amazon customer reviews.

Amazon customer reviewer Vesse says, "Sarah Plain and Tall movies focus on the importance of family, forgiveness, healing, love....I could not praise these productions enough and, if I could give more then 5 stars, I would. If you are looking for clean, wonderfully made productions that the whole family can enjoy to add to your collection, this collection of movies would fit the bill."

You can buy the movies individually or as a set in the collection shown here although all three sound like wonderful movies so I am not sure why you would want to own just one of them. Sarah Plain and Tall is on my watch list.

Which Hallmark movie discussed here most intrigues you?

The History of Hallmark

Hallmark: A Century of Caring

The book Hallmark: A Century of Caring is a beautiful book packed with history about the Hallmark company that includes a chapter about the movies. It also includes a free DVD of the movie The Magic of Ordinary Days, which ordinarily retails for over $20 on its own making the book a relative bargain.

You can read my review of Hallmark: A Century of Caring by clicking right here or you can click the following link to read more about the book or order your copy from Amazon:

YOUR TURN: What Hallmark Hall of Fame movie(s) do you think is or are the best ever?