Words AND Music by Al Yankovic

These are my favorite Weird Al songs that are completely original.

Al is famous for his terrific song parodies, using someone else's song as a starting point and writing hilarious (and also artfully crafted) lyrics to their music. But he has a great gift for writing music of his own as well, in a variety of styles.

Here's a top 10 list of songs Al has written from no other inspiration but his own. 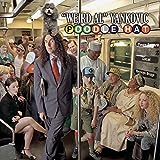 Never odd or even

Yes, all the lines in this song are palindromes. There's no storyline or theme, just palindromes set to music. I love it.

The title, "Bob", is also a palindrome, of course, AND it refers to the fact that the song pays tribute to the musical (and vocal!) style of the great Bob Dylan. 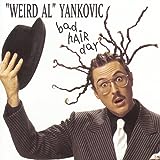 This song would be a great candidate for a reverse parody. I could totally see someone doing a serious version of this one, still sticking with the theme of taking a day off from the rat race.

The instrumentals and vocals here range from feelings of gentle reflection to expressions of confident freedom, and all of it fits with the joy of having a day all to yourself.

Lyrics to Callin' In Sick

Guitar chords for Callin' In Sick

"I'm not the brightest crayon in the box

Everyone says I'm dumber than a bag of rocks

I barely even know how to put on my own pants

A masterpiece. If I had to choose one song as Al Yankovic's very best, this would be the one. Done in the style of the music of Frank Zappa (and with Frank's son Dweezil playing some guitar on the recording), the song is 9 minutes long and a delight all the way through.

The song tells the story of a man who is considered a loser by every possible standard here in America, but is inexplicably adored by everyone when he visits France. The lyrics are great. I especially love the way Al is able to rhyme both French and English words together and sound completely natural.

Lyrics to Genius in France

When are they gonna open up that door?"

You know that feeling of tingling anticipation right before something fantastic happens that you've been waiting and waiting for? It's about that.

Only the thing that Al's character is anticipating is something that the rest of us wouldn't typically find too exciting.

My favorite thing about this song is the choral harmonies on the chorus. The rhythm of the rapid-fire lyrics in the verses is great, too.

Something finally must have snapped in his brain"

A Christmas song that asserts that one of these days Santa is going to snap under the pressure of his job and the realization of how little he gets in return.

The music goes back and forth between a Christmas-y feel (I think the instruments might be a harpsichord and a celesta) and a driving rock sound with full band. 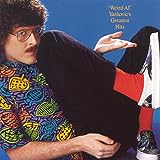 Than spend one more minute with you"

Using a smooth '50s-doo-wop style, Al croons out the feelings of a guy who has just lost his girl and is employing masochistic-in-the-extreme imagery to show that he is really, really over her.

Lyrics to One More Minute

Sheet music for One More Minute

Guitar chords for One More Minute

Karaoke version of One More Minute 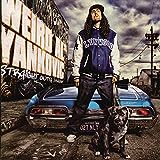 I don't know what I'd do without it

I love, I really love

An obvious homage to the musical style of the Beach Boys, but not the actual music to a particular song. Al uses similar angular melodies, fresh harmonies, and instrumentation that make the Beach Boys so beloved as he sings the praises of this oft-overlooked internal organ.

BTW, There have been comments made about this song from people who are Type I diabetics. They say that all of us who have a healthy, functioning pancreas should indeed be very grateful.

Since You've Been Gone
Buy Now

Since You've Been Gone

"Since you've been gone

Well I feel like I've been chewing on tin foil

Since you've been gone

This is one of my favorite pieces of pure music by Al. The four-part harmonized a cappella vocal performance is irresistible.

Lyrics to Since You've Been Gone

Sheet music for Since You've Been Gone 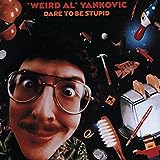 "Things just haven't been the same

Since the flying saucers came

Now the aliens are on the loose"

I love the bass guitar groove and the vocal arrangements on this song, as well as Al's wimpy reactions to the impending destruction of life on earth. There's a theremin in it, too!

Were you keeping count?

I'll let you, dear readers, pick the 10th one. Vote for the song that you think should join this Top 10 list.

Don't see your favorite here? Add it in the suggestion box below and I'll add it to the poll.

What other original song by Weird Al Yankovic should be added to this Top 10 list?

If the song you love best isn't in the poll above, leave it in a comment, and I'll add it to the poll.

The song has to be 100% original (both words AND music by Al Yankovic).

DEBATE! Do you prefer the parody songs or the original ones?

Which are better, Weird Al's original songs or his parodies?