Suraj 'aka' Nagesh, a simple boy from a remote village of India, struck an instant chord with the judges and the audience with the story of his life and never-say-die spirit. Everybody believed how hard his life was with an abusive father who he blames for his mother's death and how he used to be physically weak because he was a premature baby.

Topping it with how in spite holding a degree in science, he had to sweep roads to earn a living.

But now some facts have surfaced which tell us a completely different story. That may be this too-good-to-be-true story is not really true... Let's find out how this simple guy from a village is an imposter and actually a bartender.

Hard to please judges like Raghu and Rajeev are completely awestruck by the truthfulness of this chap's life story...Rannvijay thinks his reaction on the show would be awesome. People are calling him the most inspiring Roadies Contestant so far...

I don't know about truthfulness, but Suraj OR Nagesh, Or whatever your real name is...I think you have a great future in acting. This interview is so frikkin' believable!

The Observations that led us to doubt may be Suraj 'aka' Nagesh is faking it, and why ROADIES, the reality show is scripted. We later found documented proof about Nagesh being a completely different person from what he projected in the interview...

We have this screen shot for you from Indian Institute of Bartending (IIBT) website where Suraj is listed in the students section and he writes:

"Hi I am Nagesh, from Mumbai worked in a call centre. I found my job wasn't really interesting. I was longing for a sociable work that involves meeting people every day. Therefore I chose this bartending career & joined in IIBT."

In 2010, Suraj should have been working in Mumbai as a sweeper which he mentioned in MTV Roadies Season 8 Interviews, however, he was working at a call center in Mumbai. 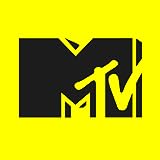 Doesn't look like a sweeper to me... - Biggest imposter fake on Reality TV Show Roadies so far

Not just a bartending student, but an expert how headed a successful workshop on bartending...

He has successfully passed a bartending course which costs around Rs. 55,000 right now...which confirms, he can afford a mobile phone, and I'm sure a lot of people want to talk to him....I know I do, and ask why, WHY, WHY???

I don't know what to say, after all, it's just a stupid reality show...We do feel cheated by Suraj but you have to admit, that he did convince everybody.

On the other side, Raghu who thinks that he's a REAL BADASS, does look like an ass now....fun all the way!