If you were a musician at New York City's Brill Building circa 1962, you could pick out a brilliant new pop song, have it arranged, cut a demo, and make a deal with radio promoters -- all under this one famous roof. The 11-story, Art Deco Brill Building -- 1619 Broadway, at 49th St. -- became known as a one-stop-shop for recording artists, but above all as an almost mythical place for songwriting. Here, hundreds of high-quality hits were cranked out in assembly-line fashion for girl groups, R&B luminaries, teen idols & more.

Big Band: The Brill Building in the 1940s

By the 1940s, music publishers such as Leo Feist, Mills Music and Lewis Music had set up offices in the Brill. Famed composer Johnny Mercer (pictured) was joined there by the likes of Buddy Feyne, Rose Marie McCoy, Billy Rose and Irving Mills. They crafted songs for Big Band acts like Glenn Miller, Benny Goodman and Jimmy Dorsey and consistently reached the top of the Hit Parade.

The music publishers would send songs out to bands via "song pluggers" who would demo the tunes, trying to convince bands to record them.

By 1962, the Brill housed well over 100 music businesses and some of the most famous songwriters in pop history. They often worked in tandem with close friends, business associates, or spouses. Some of the most successful married-couple songwriting teams at the Bril Building were Gerry Goffin and Carole King, Barry Mann and Cynthia Weil, and Ellie Greenwich and Jeff Barry.

"Wall of Sound" producer Phil Spector worked at the Brill as both producer and songwritier, collaborating with other composers on some of the most emblematic tunes of the time.

The whole environment was creatively charged, Carole King suggested in Simon Frith's The Sociology of Rock (1978), with publisher/producer Don Kirschner -- known as "The Man With the Golden Ear" -- pitting one songwriter against another to produce smash-hit tunes.

~~ Who else worked at the Brill? Wikipedia has a longer list ~~

There's some debate on this, and a good way to see where you stand is to listen to the 10 tunes below! Is there a coherent sound, or just some common elements?

It's safe to say that in the late '50s through the '60s, Brill Building songwriters cranked out blissful, poppy tunes that were teen-friendly but not trivial. String sections were a common thread, as were Latin influences. Lyrics, of course, could get silly but often revolved around that one true rock-and-roll them: the vagaries of love.

~ Here's a nice writeup on the Brill Building sound ~

1960 ~ "Save the Last Dance for Me," written by Doc Pomus and Mort Shuman, recorded by The Drifters for Atlantic Records

1963 ~ One Fine Day, written by Carole King & Gerry Goffin, recorded by The Chiffons for Laurie Records

Hear the delightful interview that inspired this page:

1965 ~ "We Gotta Get Out of This Place," written by Barry Mann & Cynthia Weil, recorded by The Animals for Columbia/MGM

Talented director Alison Anders ("Gas Food Lodging") pays tribute to the Brill Building in the 1996 comedy-drama "Grace of My Heart," with characters based loosely on songwriter Carole King, producer Phil Spector, and eccentric Beach Boy Brian Wilson. Check it out!

What's with the bust?

The Brill's polished bronze bust of a young man, visible from the street, most likely represents Alan E. Lefcourt, son of developer Abraham Lefcourt, who built the structure in 1930-1931. Adam died tragically young, and his dad hit hard times financially while still grieving his son.

~ Want the full story? The New York Times tells it in "Built With a Broken Heart" ~

In NYC? Stop by the Brill Building

More filmmakers than musicians work there now, but who knows, you may bump into Paul Simon, who still has offices in the Brill.

For a closer look, hit the plus sign to zoom way in.... 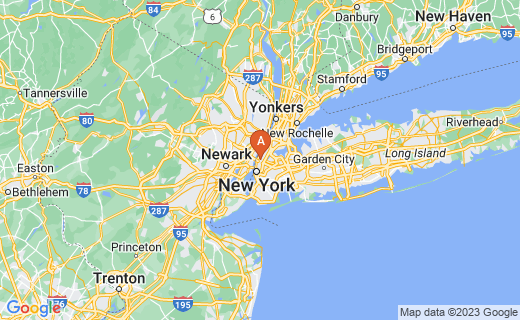 Have you ever been to the Brill Building? What's your favorite song composed there? Your fave Brill songwriter or writing team? Any personal memories or stories to share?