A new Catching Fire trailer has been released! Check it out below along with more news about Catching Fire, the sequel to The Hunger Games out in theaters this November.

Filming for this movie is over. The movie filmed for 2 weeks more than slotted in Hawaii. It has also reportedly gone over budget. This could be a good thing because it means the production company is willing to put in the money to make the movie great.

The movie is now in post-production. That means that the crew is working on editing and adding special effects to put the whole thing together.

Casting calls for extras are over for this sequel. Keep your ears open for casting and filming for Mockingjay coming soon. Look below for links and info.

Fans anxious to hear news about the second movie in the Hunger Games series have come to the right place. Below is movie news, casting and filming updates, fantasy cast lists, and much more.

The series by Suzanne Collins has been a phenomenal hit worldwide and the popularity of the series is going to explode even more with the movie editions. The series has now reached the acclaim of other popular young adult series like Harry Potter and Twilight.

The story takes place in a post-apocalyptic future where the Capitol controls its 12 Districts (formerly North America) by making two teenage tributes from each District fight to the death in what is known as the Hunger Games. The action centers around the main character, Katniss Everdeen, a girl who volunteers for the Hunger Games in place of her sister.

The Hunger Games Is Out on DVD!

The Hunger Games [DVD]
Get the movie on DVD, Blue-ray, or watch it right now with Amazon Instant Video.
Buy Now

Catching Fire (The Hunger Games 2) is scheduled to be released in theaters November 22, 2013.

The film is currently filming in Atlanta, GA and in Hawaii.

There is a possibility that the Hunger Games may come out in four films rather than three. That means there is no guarantee that the Catching Fire movie is going to end at the same spot as the book. Mockingjay may not be split into two movies. It may be that Catching Fire and Mockingjay will become three parts instead of two.

Filming and Casting Locations for Catching Fire and Hunger Games 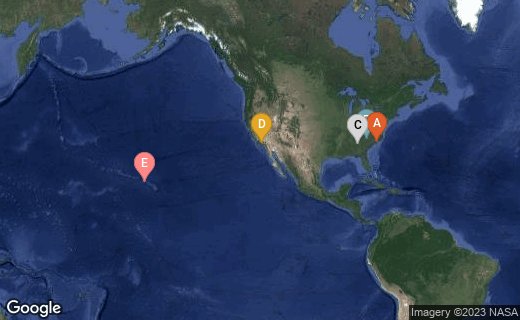 Where Hunger Games was filmed.

Part of Catching Fire may be filmed on the Hawaiian island of Kauai. These scenes are likely to include the arena scenes.

How to Be Cast as an Extra in the Movie

First off, don't get your hopes up about playing a major character. There are top actors and actresses in Hollywood who are fighting to get parts.

To get a speaking role, you will have to have an agent. That means having expensive head shots, acting resume, and the whole nine yards. So unless you are planning to be a professional actor, it probably isn't going to happen.

The good news is that you definitely have a shot at being an extra in the movie. The studio will need lots of people to play extras in the movies.

Here is what you must know to get a part as an extra in the movie:

Remember - Thousands of people are likely to audition to be extras and the production company may only need hundreds. Also, the extras will be picked based on having a certain look and criteria that is needed for specific scenes. You may not have a particular appearance that is needed for the movie.

Don't be too heartbroken if you aren't chosen. If being an extra or acting is something you are really interested in, keep pursuing it. There are other movies and you can always take acting classes or look into your local theater.

After winning the Hunger Games by forcing the Capitol to allow them both to live, Katniss and Peeta are back in District 12 where life is much different for them. They live in mansions in "Victor's Village" and are both rich now. Food is no longer in short supply for their families.

But life is definitely not perfect for Katniss. She and Peeta have to go on a Victory Tour through all of Panem and must become mentors for tributes in future Hunger Games. So she will remain the Capitol's puppet for the rest of her life.

Not only that, but President Snow has threatened Katniss and her family because of the berry incident. He comes to see Katniss and tells her that some of the districts are becoming rebellious. He tasks her with making sure the people of Panem believe that her actions in the games were fueled by love and not rebellion against the Capitol.

That means she must keep pretending to be in love with Peeta or her friends and family will die. It also means that she will keep hurting her friend Gale as she tries to sort through the feelings she has for him and what she feels for Peeta.

Every 25 years, a particularly brutal Games are planned. The 75th Hunger Games are going to take place soon after Katniss returns from the Victory Tour. As the nation watches, it is announced that the tributes for the Games will be drawn from previous winners.

Katniss and Peeta will have to fight in the Hunger Games again. Who will come out alive this time?

Who would make the perfect Finnick?

Who should play Johanna?

Why not read the book?

Are you on fire for the Hunger Games?