Those great films that very few know about

Over the years I have developed a love for cult films. Those films that might not have done so well upon release, and honestly may not have been that good in a conventional sense. Cult film is an umbrella that covers several different styles and genres. It includes exploitation, blacksploitation, biker movies,spaghetti westerns, and a lot of horror films among others. Some cult films go on to mainstream success, while others remain virtually unseen. In this lens I hope to provide reviews and information about those films, as well as links to reviews by myself and others of films considered to be cult classics. I also hope to explain why I think it is important to keep these alive, and spread the word about them

Schoolyard cult - Cult films I saw as a kid in school

I was lucky as a kid, even though I didn't realize it at the time, to go to the elementary school that I did. It was a small southern school, only about 10 years or so after integration. Not a big school, not a rich school, nothing special in the grand scheme of things. Except for some reason we got to see some awesome movies. You my school was right across from the High School, good old Ashland High. The junior high was several miles away, but grades 1-3 was just a step away from the big kids. Every so often the high school would show movies and the elementary classes got to go for a small fee. This was the deep south, bible belt, conservative values, so what films did we get to see? Not what you would expect. Even today I am amazed, and feel blessed. Because I got exposed to cult horror and westerns at an early age. Three films I remember were It's Alive, Haunted Palace, and They call me Trinity

Back then I had no idea what a spaghetti western was, and had no clue that They Call Me Trinity was actually made in Italy. I just knew that Trinity was the coolest cat I had ever seen. Supposedly he was the fastest gun in the west, and I believed it. Fans of Quentin Tarantino may not realize that the closing song is actually the theme song from They Call Me Trinty.

It's Alive is a classic cult film. The killer baby of all killer baby movies. Watching it today, it's not as lurid or gory as it seemed back in the 70s, but back then to a young kid it was nothing short of scandalous. I still don't realize how the school got away with showing such nightmare inducing fare.

The Haunted Palace starred horror icon Vincent Price, in a story supposedly by Edgar Allen Poe and produced by Roger Corman. However despite what the credits say this movie was actually based on The Case of Charles Dexter Ward by H.P.Lovecraft. Apparently the film makers decided Poe was more bankable than the lesser known Lovecraft. Nevertheless it was a gory, fun, creepy romp with the master Vincent Price.

So while my school might not have been the world's greatest, I owe it a lot for helping inspire my interest in not only horror, and spaghetti westerns, but cult film in general. It also exposed me at an early age to H.P.Lovecraft, even though I didn't know it at the time.

Below are a few selections from Amazon, that if you like this article, you should enjoy. Thanks for reading 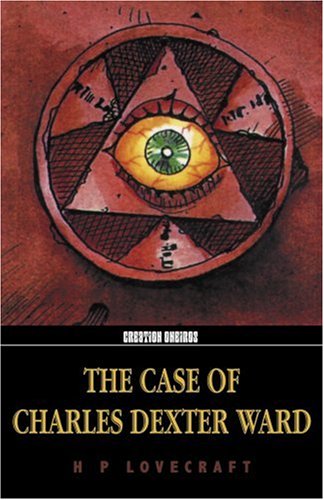 During the 70s a subgenre of the blacksplotation film was created combining blacksploitation films with the horror films that were all the rage at the time. For the most part these were remakes or parodies of the mainstream horror films. The quality is mixed, some good, some interesting, some extremely bad. Here is a list of most of those films, and a few films that may seem to fit the genre, but in my opinion don't belong there.

1. Blacula- Probably the best of the genre. It stars the talented William Marshall as an African prince who is turned into a vampire by the Count himself. Dracula gives him the name Blacula as a mockery. The film is still enjoyable today even though it is dated. Marshall plays his role seriously and with great aplomb.

2. Scream Blacula, Scream- A sequel to Blacula, probably the best thing about the movie is the casting of the beautiful Pam Grier. Overall not as good as the original, it is still a very enjoyable watch.

3.Blackenstein- I just recently found this on Netflix, and almost wish I hadn't. It's definitely the weakest of any of the blacksploitation films I have seen. Bad writing, bad acting and absolutely horrible make up effects. Watch it only if you are a completionist.

4. Sugar Hill- Next to Blacula this is the best of the genre. A zombie movie contemporary to George Romero Night of the Living Dead that re invented the zombie genre. Sugar Hill's zombies are from the time before Romero. No flesh eating ghouls, but undead servants roused by voodoo to serve a master. The master being Sugar Hill played by the drop dead gorgeous Marki Bey. We should all be so lucky.

5. Dr. Black, Mr. Hyde- The rip off of Dr. Jekyll and Mr Hyde stars former football player Bernie Casey. In this version the good doctor uses his serum to change into a murderous, hulking white man.

6. Abby- I haven't seen Abby yet but it is a blackspoitation rip of The Exorcist. The movie copied the original close enough that it was sued by Warner Brothers. One thing the movie has going for it is William Marshall of Blacula fame. Hopefully I will be seeing it in the near future.

Petey Wheatstraw- This blackspotation film starring Rudy Ray Moore is more comedy than horror. It does concern satanic deals and other horror staples but it is played totally for laughs.

Ganja and Hess- A horror movie with a mostly black cast made in the 70s yes, but this film is too good and too serious to be considered exploitation in my opinion. Dealing with themes ranging from religion to love to addiction, the themes are just too serious and handled too well. Plus there is no undercurrent of racism that runs though much of the blacksploitation films. Romero fans note, that Duane Johnson from Night of the Living Dead stars

Why we need to preserve cult film

Cult films give us a window into another time. Even more so than big budget films, these seem to show us what was up with the people of the age the film was made. For instance I recently found a bike film on Xbox live titled Werewolves on Wheels. I had never heard of it before and decided it was worth a look. There was a lot I found interesting in the movie. Now it isn't a great film or even a great example of a cult movie but I enjoyed it. It was cheesy but fun. What really struck me was the behavior of the bikers presented on film. The gang, or MC was known as The Devil's Advocates and were supposedly as rough as they come. They had no aversion to getting violent, or professing Satanic leanings. However they never cursed, except possibly some very light profanity. Also when fighting they never seemed to use weapons and mostly thew a few punches and rolled around. There was very little if any blood in the whole film. OK it was the 70s, and movies weren't as out there as they are now. But then explain how there was quite a bit of nudity, as well as Satanism, which would seem to be a big n-no. What type of culture was in effect that would produce a film with nudity, but no profanity and with Satanism and little real violence? I don't know but it's just interesting to me. Interesting and worth preserving, worth sharing with younger generations. Sure they may laugh at the cheese factor, but maybe they will gain an appreciation for a time now gone

Elvis and JFK battle a mummy!

One of my favorite pastimes lately has been cruising pawn shops and thrift shores looking for discounted DVD. Last weekend I picked up four at my favorite thrift shop for two dollars each. One of the movies was Bubba Ho-Tep. Even though this is a recent film it is already considered a cult film.

Bubba Ho-Tep is directed by Don Coscarelli, who is known to horror fans as the creator of the Phantasm series. It stars Bruce Campbell as an aged Elvis and Ozzie Davis as JFK. A JFK who has been dyed black by Lyndon Johnson and stuck in a nursing home. Both men has been forgotten, Elvis, who may or may not be the real Elvis, claims to have traded places with an Elvis impersonator and then broke his hip during a performance. The film never really tells you if these are just two senile old men, or if their stories, wild as they are, are true. That is left up to the viewer. All we really know is we have two old men, forgotten by their friends and family and left to die slowly in a nursing home. Then the Mummy shows up.

The mummy is an ancient Egyptian who has a fancy for cowboy boots and hats ad likes to write profanity on bathroom walls. Profanity written in ancient Egyptian hieroglyphics. The mummy sustains himself by sucking the souls out of the rest home inhabitants. Since all the old people are basically left to die, no one notices a few dying in their sleep. Except our two heroes, who are themselves attacked.

The two band together to destroy the mummy and save their friends. In battling the evil Bubba Ho-Tep, they re discover the will to live, and even though they might not survive the encounter, they will go out feeling more alive than ever.

If you want to see a really fun, funny, irrelevant, and in the end touching movie, go out and find a copy of Bubba Ho-Tep.

There are many genres of films that fit under "cult films." What genre is your favorite ones?