Choosing just a few of the ultimate love songs by Diana Ross from a solo catalogue that stretches back to 1970 was a daunting task to say the least.

The first lady of Motown released hit after hit during her heyday of the Seventies and Eighties, amassing over forty Top 40 songs in the UK alone. The exercise was to whittle those down to a short list of five.

The process was made a little easier by eliminating much of her uptempo output, which in and of itself could not be described as love songs. However, that still left many tracks that would normally be included on a list of this kind: Remember Me, I'm Still Waiting, You Are Everything, Your Love is So Good For More and several more.

But this is my definitive five: a couple that are instantly recognisable, other choices that may not be quite so familiar. Love is a many splendored thing it has been said, so hold a loved one close and let your love flow to this short compilation of songs from Diana Ross.

Released from her 1991 album, Force Behind the Power, When You Tell Me That You Love Me has always been one of my favourite recordings from Diana Ross.

It became one of her biggest selling songs in the UK after several years of so-so success and it's not difficult to understand why. Words of love underpin a rousing melody that soars to a climatic conclusion. It's not surprising that it is often heard at wedding receptions and requested as a song to a loved one on Valentine's Day. 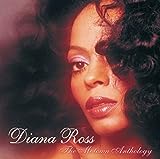 The Motown Anthology
A wonderful anthology of songs by Diana Ross from her years spent at Motown. Thirty eight tracks in all chart Ross's career from the early 1970s, with songs like Reach Out and Touch, Ain't No Mountain High Enough to later offerings such as, I Will Survive and When You Tell Me That You Love Me. Includes four of the songs mentioned here, the exception being All of My Life.
Buy Now

In the US, I Thought It Took A Little Time (But Today I Fell in Love) was the filling in the sandwich of two huge Number 1 songs: The Theme From Mahogany and Love Hangover, but I've always preferred this one. The lyrics speak of the joy of falling in love (and probably echo those feelings of my own teenage angst in 1976) and has a chorus that will soon be stuck in your memory banks.

It is available on the album Diana Ross 1976: Special Edition, released in February, 2012.

Diana Ross
Buy This at Allposters.com

One of the finest declarations of love is included in this 1973 song by Diana Ross: "All of my life to share is all I'm asking, all of the minutes and the years..." Perfect words for those starting out on the adventure of a life of love together.

Never a hit song in the US, it nevertheless became a big Motown track in the UK early in 1974. 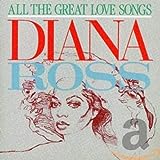 All The Great Love Songs brings together sixteen of Diana Ross's most well known recordings from her heyday with Motown Records.

It includes three of the tracks mentioned on this page, plus what are considered to be among her finest love songs from an extensive back catalogue.

Available in both CD and MP3 formats, the album is also currently offered at Amazon.co.uk, but can only be found in CD format at Amazon's sister site in the USA.

A song that had been a hit for Marvin Gaye and Tammi Terrell in 1967 was revamped by its writers, Ashford and Simpson, into a symphony of love for Diana Ross to take to the top of the charts in 1970.

If ever there was a song that spoke of the loyalty of love, then this is the one.

In 1981, Diana Ross lent her vocals to one of the biggest love songs of all time, Endless Love. Duetting with another of Motown's million selling artists, Lionel Richie, this ode to passion and romance became Ms Ross's best selling song ever, remaining at the top of the American charts for a whopping nine weeks.

From the film of the same name, Endless Love is the perfect accompaniment for Valentine's Day and as that first dance at a wedding.

Do You Have A Favourite Diana Ross Song?