Ok so the British like to queue; we like to complain and we love to laugh at ourselves! So Welcome to Doctor Who funnies!

Bloppers, spoofs, jokes you name it and since DW is rocketing up the charts and lighting up Britain like Guy Fawkes I think it can take a few bad puns here and there!

Composed by a Whovian addict and meant in the best possible taste but if they really wanted us to be serious all the time Tom Baker would have worn a sensible scarf, Peter Davison would be at Wimbley and as for Colin Baker's and Sylvester McCoy's wardrobe choice the quirkier, funnier, more flamboyant the better - I mean you've seen the Gallifreyan traditional head dresses right?

And would they really have let Justin Lee Colins or Graham Norton anywhere Near a TARDIS?

Doctor Who Jokes! - Some of these are Cringeworthy!!!

Why did Doctor Who surf the net?

He was looking for the Cyberman.

Why did the Dalek apply for a job in pest control?

Why is Doctor Who a regular at the dentist?

He doesn't want to lose his K9.

What did Bill Gates say to the Cyberman?

"Upgrade or you will be deleted!"

Why did the Titanic sink?

Because the Doctor didn't try his TARDIS to save it!

What does Doctor Who have with his pizza?

How does a Dalek keep its skin soft?

Jack:Is that a plunger or are you just pleased to see me?

A bunch of Daleks restoring an old mansion: RE-NO-VATE!

A bunch of Daleks running a hotel. They all chant: ACCOMMODATE!

Dr Who was sitting around a table with 12 other timelords

when somebody farted. The question is who farted?

and the answer is Who farted....

A. because an apple a day keeps the doctor away

How many Doctor Who fans does it take to change a light bulb?

None. They all just sit around and wait for it to come back on again

Q: What does a Sycorax call it's pet?

Amy walks into the TARDIS. She has Celery up her

nose, a carrot in her left ear and a banana in her right ear. The Doctor says "you're not eating properly".

How many Doctor Who fans does it take to change a lightbulb?

11- one to change the bulb and 10 others to complain that it's not as good as the last one!

"Nearing the end of his tenth incarnation the companionless Doctor finds himself craving the company of great musicians and composers, so he pilots the Tardis to Carnergie Hall, New York City, in 1924, where George Gershwin is leaving the stage after giving his first ever rendition of his masterpiece Rhapsody In Blue. The Doctor asks Gershwin to join him as a guest in the Tardis. George agrees.

The Tardis materialises at the Woodstock Festival in 1969, where the legendary sitar player, Ravi Shankar, a huge favourite with the hippies of the day, has just finished his set. The Doctor asks Shankar to join him as a guest in the Tardis. Ravi agrees.

It's the year 2010, and the Tardis materialises outside the BBC Television Centre in London, which Andrew Lloyd Webber is leaving having just recorded an edition of Over The Rainbow. The Doctor asks Lloyd Webber to join him as a guest in the Tardis. Andrew agrees.

In what seems like less than an instant the Tardis materialises in a field late in the evening. The Doctor informs his three guests that there is a fault with the Tardis that will take him till morning to repair, and meantime they should go to the nearby farm and ask the farmer to put them up for the night.

Ravi Shankar, George Gershwin and Andrew Lloyd Webber approach the farmhouse. They knock on the door. The farmer opens the door and they explain the situation. The farmer is willing to help them, but says that he only has two spare beds and that one of them has to sleep in the barn. George and Andrew take the beds and Ravi makes his way to the barn.

Ten minutes later there is a knock on the farmhouse door. The farmer opens the door to an unhappy Ravi Shankar.

"I'm not sleeping in that barn!" says Ravi "There's a cow in the barn, and that's a sacred animal to we Hindus. I am not worthy to share a barn with a cow!"

"Have my bed, Ravi," says George Gershwin "I'll sleep in the barn." George makes his way to the barn.

Ten minutes later there is a knock on the farmhouse door. The farmer opens the door to an unhappy George Gershwin.

"I'm not sleeping in that barn!" says George "There's a pig in the barn, and that's an unclean animal to we Jews. I refuse to share a barn with an animal that is not kosher!"

"Have my bed, George," says Andrew Lloyd Webber "I am neither Hindu nor Jewish, so I'll sleep in the barn." Andrew makes his way to the barn.

Ten minutes later there is a knock on the farmhouse door. The farmer opens the door.

Q. How can Daleks tell each other apart?

Q: What do Daleks do with illegal immigrants?

Q: Did you know that chefs all over the world are worried about a shortage of herbs over Christmas?

A: It's because many people are predicting we'll see The End of Thyme.

Q: Have you heard that Sigma, the Master and the Abzorbaloff are making a new movie?

A: It's called The Ood, The Bad and The Ugly.

Q: Who is the scariest Time Lord?

Q: What do you call an angry Dalek creator?

Q: What do you call a frightened Time Lord?

The Doctor: No, he'll be fine

A Dalek went to the job centre looking for a job, but in the end he didn't apply for any because there wasn't any temporal-shift work...

15 Ways to Annoy the Tenth Doctor!

15 ways to annoy the Tenth Doctor

At every available occasion, wander off, thus break rule number one in the Doctor’s mental handbook. This particularly effective if he is mid-flow of a heavily verbose, techno-babble, science lecture as wounded pride always comes before a fall, in this case probably yours and possibly in a carnivorous black hole.

Tell him he reminds you of your pet cat you had while you were growing up and ask him if you can rub his belly.

Sing, Joe Pascquale’s “I know a song that’ll get on your nerves!” complete with squeaky decibelled voice whenever he finally decides that he needs to sleep and if possible teach it to the TARDIS.

Throw your elocution lessons out of the preverbal window and make as many grammar mistakes as possible. Bet yet correct his grammar mistakes and metaphors even if his use of the past participle is perfect and generally tell him he is wrong a lot.

While at said mall, buy ginger hair dye and take every opportunity to remind him you are both rude and ginger.

Oh listen carefully because this one’s very important. You’ve heard of Samson and Delilah, right? Cut his hair while he’s having a cat nap or run around brandishing a razor for spontaneous attacks like they did in “The Jackass Movie”.

Ask him if he has two of anything else and demand a visual demonstration as proof.

Always carry a gun, penknife, garden shovel, whatever you can get your hands on and embrace your wild, west, trigger happy self.

Refuse to believe in basic scientific principles like the Earth isn’t flat, evolution is ridiculous and travelling at light speed is impossible.

Use the phrase, “Am I bowered?” as much as possible especially whenever he’s trying to impress you or showing you some beautiful Technicolor sunset or robotic dog with ten times the IQ of the average member of the human race.

Lose the TARDIS in a game of poker particularly if you are playing against the Master or Davros.

Take notes of future events like horse races, football scores, and lottery numbers and wire them to your bookie.

Fall madly in love with the time travelling, quirky, space stud and make it obvious even for the relationship challenges Gallifreyan. For example try writing “Your name ‘heart’ The Doctor” on all his sticky, post-it notes, boil his sonic screwdriver, parade around in school uniforms and ask him about ‘dancing’.

Play “Hey Mickey you’re so fine” on surround sound throughout the TARDIS and Talk at length and in exquisite detail about all your sexual encounters and tell him that he’s like ‘your gay best friend’ who you can tell anything too. This effectively insults his masculinity and when it comes to his manhood even the aloft Doctor like’s to think he has the biggest screwdriver.

Kick multiple puppies and generally show no compassion and as much prejudice against alien races as possible.

Call 0800 numbers from the TARDIS phone and write the phone on toilet stalls all over the galaxy with the words “Sexy space man looking for a good time. Likes to be referred to as ‘The Master’ and make sure you visit the Hubs ladies room at some point.

Doctor Who on Amazon 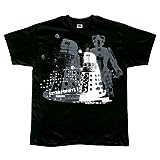 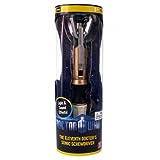 Doctor Who: The Complete Specials (The Next Doctor / Planet of the Dead / The Waters of Mars / The End of Time Parts 1 and 2)
Buy Now 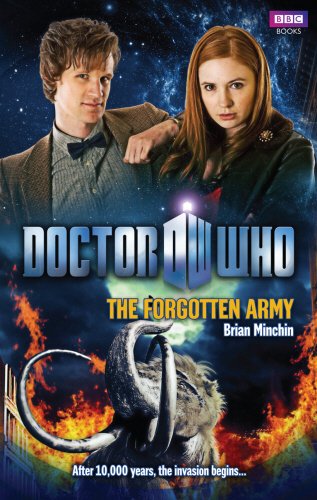