Struggling to get by with no money, Whitney and Janine decide to start looking for a job. Their job hunting begins in the Queen Vic, but Kat refuses to hire Janine and who can blame her after the way Janine has behaved. However after some persuading from Ryan, Kat does agree to give Whitney a trial shift during a singles night due to take place that evening.

Janine is annoyed that Whitney got the job when she didn't, but the scheming minx soon turns the situation to her advantage when she comes up with a cunning plan for Whitney to con money from the customers. Kat later catches Whitney sneaking the money to Janine but despite this Kat still agrees to give Whitney the job if she promises that she can be trusted.

But later when Janine and Whitney realise that they haven't got the money to pay their rent, Janine encourages Whitney to steal alcohol from the pub. Whitney is keen to keep her sister in law happy and a roof over head so she steals three bottles of vodka and hides them in her bag. However a livid Kat sacks Whitney on the spot after discovering the bag of stolen booze, Kat then gives Whitney £40 of unpaid wages but an embarrassed Whitney declines the offer.

Whitney later turns to Dot for support but Dot advices her to go home to her family, but without Bianca there she doesn't feel like part of the family and so doesn't even see it as an option. Alone and desperate for cash, Whitney stands in the street trying to sell her phone and other belongings, but after having no luck she returns to the flat where she tells a furious Janine that she has been sacked, but it is when she confesses that she turned down her wages that Janine lashes out and slaps her. Whitney gathers up her things and once again leaves the flat. Later Janine steals food from the opening of the B&B so she can throw brother Ricky a surprise birthday party, Whitney sees the opportunity to make up with her family and decides to bake Ricky a cake for the party, but this act of kindness just makes Janine feel left out and jealous and so an argument ensues between the pair leading to Whitney storming out.

Following their big show down, Janine makes things up with Whitney but things turn sour when Whitney reminds Janine that they have no money and the rent is well overdue, Janine tells her that she will sort it out but while she is out of the flat, the landlord comes round and hands Whitney a final rent demand for £800, which has to be paid within 24 hours. Later while at the cafe, a scheming Janine pretends to faint and then steals Doctor Yusef's wallet but is later disappointed when they still don't have enough money to pay the rent. Whitney later flogs her jewellery on the market but only manages to raise £20.

Later on Ricky pulls Janine aside and tells her that he is worried about Whitney, but Janine assures her brother that she is looking after her. Meanwhile a desperate Whitney attempts to pickpocket some guy but it all goes wrong and she is saved by a stranger in the form of Pimp Rob. Whitney instantly takes a shine to Rob and he gives her a lift home promising to see her again. Later Whitney receives a message from Rob asking her if she is okay but before she can reply, Max offers her a job minding the phones at the car lot. Whitney is really pleased that she finally has a job and when she impresses Max he rewards her with £20. Meanwhile Janine is angry that she can not get any money and after being thrown out of The Vic she gets annoyed with Whitney and flies into yet another rage.

Later while having a glass of wine with new boss and step uncle Max, Whitney makes a pass at him, and although he tries to push her away, Lauren walks in to the room. After pulling Whitney off her Dad, Lauren says she wants nothing more to do with her Father despite his attempts to explain that Whitney came on to him. Things get even worse for Max when ex wife Tanya tells Max that their daughters will be living with her from now on and so an angry Max goes over to Whitney'sflat and demands that she tells everyone the truth. A scared Whitney hides out in her room but once Max has left, Janine tells Whitney to lie and tell everyone that Max came on to her. With all the chaos going on around her, Whitney is pleased when Rob turns up and takes her for a drink at The Vic, and when Whitney tells him what has been going on, Rob offers Whitney a place to stay with him. Rob then gives Whitney a phone so she can call him when she has made up her mind.

When Max later spots Whitney he drags her round to the salon to confess that she threw herself at him and not the other way around. After Whitney is sitting in the cafe feeling very alone when Carol sees her texting on her new phone, believing Whitney has stolen the phone she gives her a pep talk before confiscating it but Whitney ends up getting it back. Whitney then goes over to Maxs house to apoligise to Lauren but Lauren is not interested in hearing what she has to say, so once she has left Whitney sends a text to Lauren telling her that she is sorry. Rob then shows up just at the time Whitney is feeling at her lowest, and so she agrees to stay with him and they drive off.

Without the love and support of her family the impressionable teen soon falls prey to dodgy pimp Rob who is ready to exploit Whitney's trusting nature for his own gain. For weeks Janine has been practically grooming young Whitney on how to use men to get what she wants, but unbeknown to Janine she has actually started Whitney on a very dangerous road.

It is not long before we see pimp Rob forcing Whitney into the cars of punters for £50 a time, and Janine is devastated at the role she has played in Whitney's destruction, so together with Lauren Branning they begin a desperate search for the teen. When they find her on the street corner Whitney initially denies that she is having sex for money and even goes as far as to defend her pimp, Whitney tells Janine "If he gets stuck for money i help him out. A couple of times he's got into a mess and I've done favours for him, and for his mates, i keep them happy and off his back." Lauren tries to get her best friend to see sense but Whitney tells her "We're in love, we're soul mates, why is that so hard for you to understand?" Janine and Lauren are soon seen off by vicious Rob and have no choice but to leave Whitney with the evil pimp who is later seen giving her drugs. Janine may have finally discovered a conscience but unfortunately Whitney is already tight in Robs clutches meaning it really could be to late to save her.

This latest Eastenders storyline has been devised with Comic Relief and the end of this storyline will be shown on Red Nose Day on the 19th March in a special ten minute episode where we will see a trapped and frightened Whitney smash through a window and jump to safety. But will she get away from Rob in time???

Although Eastenders have already been criticised for this storyline so soon after the Baby Swap they have defended their decision saying, "This is about Whitney being emotionally abused and groomed. It is different to prostitution. Whitney is initially not aware that she is selling sex."

While Comic Relief said "It is vital that we continue to alert young people to the dangers if we are to stop them from being exploited and the opportunity to work with Eastenders will make a huge audience aware of this issue."

Of the 80,000 people involved in Prostitution in the UK, up to 5,000 children may be involved at any one time.

80,000 women work in 'on street' prostitution in the UK and the average age women become involved at age 12.

Up to 75% of women involved in prostitution began when they were under 18 years of age and most teenage prostitutes are involved in street prostitution, which is estimated to be ten times more dangerous than working from houses or flats.

If you know anyone that is effected by this issue then you can click on the link below which will direct you straight to the NSPCC website where they can give you advice.

Do you think Eastenders are right to do this storyline? 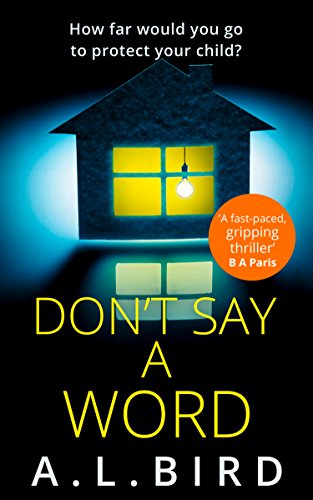 Don’t Say a Word: A gripping psychological thriller from the author of The Good Mother
Buy Now 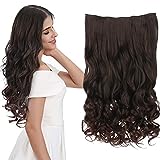