Eric Northman is the superb fictional character in The Southern Vampire Books (also called Sookie Stackhouse novels), a series of 13 books written by New York Times bestselling author Charlaine Harris. Eric is a vampire and is introduced in the first novel, Dead Until Dark and appears in all subsequent novels. He is a tall, blond, Viking warrior that owns a swanky bar called Fangtasia. He develops an interest in the heroine of the novels, a barmaid named Sookie Stackhouse.

HBO's television series True Blood is based on this book series and the character of Eric Northman is portrayed by the hot Swedish actor Alexander Skarsgard. Viewers are delighted by Skarsgard's portrayal and he has quickly stolen the show. Read on and find out why the world has been taken by storm by the Viking vampire Eric Northman!!

Watch the Series... Read the Books 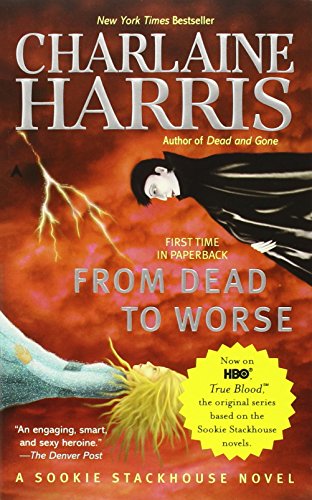 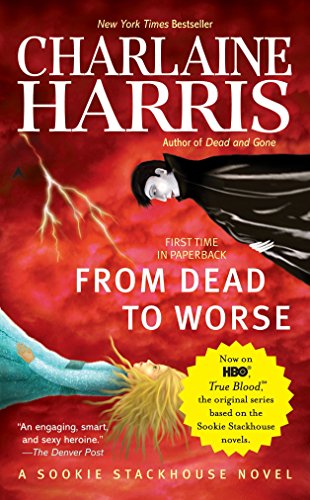 Eric Northman - The Book Character Versus the TV Character

Are they the same character?

So how does Eric Northman from the books measure up to the Eric portrayed in the True Blood TV series? Are there major differences? I would say that yes there are many differences. The character of Eric from the books is arrogant, aloof, dark, and mysterious. Yet he shows humanity and depth when he interacts with Sookie. When he is with Sookie he listens intently to her, he uses endearments, he looks after her welfare and he defends and protects her. Thousands of fans have fallen in love with the Viking Vampire from the books. At no time does one perceive Eric to be villainous even if he is a vampire that one wouldn't want to get on the bad side of.

The television show has treated Eric somewhat differently. He was written in many ways to be a "bad guy" to counter Bill's "good guy hero". Eric fans have been very upset by this because any book reader can tell you that 1) Eric is no bad guy and 2) Bill is NOT a hero by any stretch of the imagination. For instance in the first season Bill stakes a vampire named Long Shadow that attacked Sookie. In the books it was actually Eric that saved her, not Bill. In the TV series Bill also walked in the sun for Sookie and proposed marriage... neither event happened in the books and in fact is not reminiscent of Bill's true character at all. In the TV series Eric kidnaps and tortures one of Sookie's good friends and she declares that she hates him several times... again that was so NOT in the books.

Eric fans everywhere want to see True Blood stay closer to the actual character and not downplay him or make him a villain for ratings purposes. Eric has a lot of depth and he is a truly rich and dynamic character and we hope to see that in the future. In season three we did begin to see this. No doubt due to fan outcry. Eric chained himself to an enemy vampire and let himself bake in the sun, ready to die, to keep Sookie protected. Sookie and Eric also shared a passionate first kiss in season three as well. In season four they began a full fledged love affair while Eric had amnesia and Sookie was charged with keeping him safe. This was very much like the 4th book in the series, although it ended somewhat differently. Fans can only hope that Eric and Sookie will eventually find their way back to each other the way Charlaine Harris wrote it.

The Sexiest Vampire Ever...

Eric and Sookie - Eternal Love or Something Else?

Eric is a Millenia old Viking vampire and Sookie is a telepathic barmaid from Bon Temps Louisiana. Eric is the Sheriff of area nine according to vampire politics and Sookie is the human girlfriend of his one his vampire suboordinates. From the moment he meets her though, Eric wants something more and Sookie wonders if there IS anything more to Eric other than his cold outer shell.

Eric tricks Sookie into a blood bond, opening up the door for a romance to blossom. Midway through the book series Sookie finds Eric running half naked through the woods near her house and he has amnesia. Unlike the old Eric who is arrogant and aloof the new Eric is soft and sweet and Sookie cannot resist him. They begin a short but hot romance that lasts until Eric gets his memory back. For awhile he does not remember the tryst with Sookie but the blood they shared between them during that time has bonded them even further and Eric cannot help but notice he has a very soft spot for Sookie and always has. Sookie is still weak in the knees for Eric too, especially when he greets her by saying "Hello my lover."

In book nine of the series Eric and Sookie can no longer deny that they have a strong attachment and their romance begins anew. Eric even asks Sookie to leave Bon Temps and move in with him, which he has never done in his centuries as a vampire. But an old flame may be ready to ignite between Sookie and Bill again. Which vampire can claim Sookie's heart?

What do YOU think of Eric Northman? 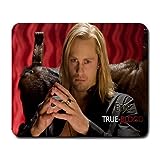 An old and powerful Nordic Vampire, Eric has a unique style. Now you can capture his style and get your own Eagle Claw Necklace. It is an edgy pendant necklace by Pamela Love is the perfect accessory for True Blood fans.

This one of a kind antique copper plated necklace is handmade in USA.

Shout Out For Eric Northman!