The Eurovision Song Contest is one of the funniest night's entertainment available on television. Of course, it is not supposed to be funny, but it is traditionally so full of bad music, ridiculous national stereotypes, bad costumes, ill-advised choreography, technical errors and dubious voting that it becomes a three hour long festival of nonsense.

Originally designed to bring together Europeans in a celebration of music, the competition has now become one full of novelty acts, scantily-clad goddesses and crooning adonises which culminates in the traditional argument over tactical voting and bigotry.

For those interested in the history of the Eurovision song contest, a look at the wikipedia entry is very enlightening: Eurovision Song Contest. Those more interested in some of the daftest and most entertaining acts should proceed to my list.

What Do You Think Of Eurovision? Do You Love It Or Hate It?

I will start off this list with the band that were propelled to the biggest success of any Eurovision winner - ABBA.

If you have never heard of ABBA then you probably live in a cave, after winning with "Waterloo" they went on to become one of the most successful pop groups ever and remain popular worldwide with their songs featuring in movies, advertisements and TV series even today.

More about Sweden in the Eurovision Song Contest here: Sweden. 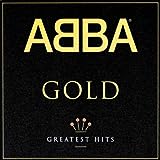 Abba Gold: Greatest Hits
You can listen to all ABBA's biggest hits on this album over and over again. The band's winning song, Waterloo, is included here, of course, plus all the other favorites such as Dancing Queen, Knowing Me Knowing You, Take A Chance On Me, Money Money Money, Mamma Mia, Voulez Vous and lots more. This album probably contains the most enduring music to ever originate from Eurovision.
Buy Now

If you want any proof that there is no justice in the world then this is it. This is one of the daftest, funniest and most memorable performances in Eurovision and it only came second! It was beaten by a dull, tuneless, instantly forgetable ballad from Serbia.

Verka Seduchka is a comedian from Ukraine and his choice as Ukraine's representative was quite controversial in his home country. The song is a ridiculous concoction of various languages and includes made-up words. The performance is crazy - I particularly like the bit where he (it is actually a man) runs around slapping the backing singers on the butt.

Find out more about Ukraine in the Eurovision Song Contest here: Ukraine. 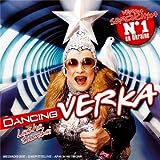 Dancing
Yes it's a stupid song, but it is upbeat and happy. I have it on my mobile phone and it always makes me smile when I hear it. Get your own copy here.
Buy Now

The Eurovision song contest is usually so full of manufactured pop music and awful ballards that I never thought I would see a heavy rock group win. Amazingly, Lordi won with "Hard Rock Hallelujah" which is a surprisingly catchy rock song, but I think possibly the costumes and performance had a lot of influence in their win.

Lordi won with an overwhelming proportion of the vote. 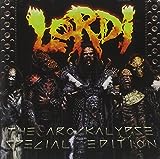 A performance featuring a very attractive female singer in a skimpy outfit will always garner attention I guess but this song is very catchy and the performance is very well choreographed. On top of that Ruslana is an award winning musician who writes all her own songs and music including this one: "Wild Dancers". This performance was quite stunning although many people complained that she won just because she bared a lot of flesh - plenty of others have tried this tactic and failed, this is just the right tune and performance at the right time. 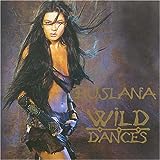 If you tell people something often enough they will believe it, and this song almost proved that. The lyrics of this song consist almost entirely of the words, "we are the winners of Eurovision". It nearly worked, they came sixth and if the winning entry by Lordi hadn't been so outstanding, the prophecy in this song may have come true.

The best thing about this performance, though, is the crazy dance by the bald guy.

More about Lithuania in the Eurovision Song Contest here: Lithuania.

Surprisingly, France made the linguistic concession to sing part of their song in English; still it didn't help as it crashed and burned in the European public's vote.

This song is surprisingly catchy and amusing, add to that the World Cup winning French goalkeeper, Fabien Bartez, running around with a cat stuck on his shoulder and this is a memorable Eurovision song - at least for me it is.

Find out more about France in the Eurovision Song Contest here: France. 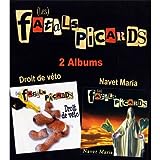 Hosting Eurovision is an expensive affair with several days of semi finals, rehearsals and judging and some countries perhaps do not actually want to win and be stuck with this overblown music festival. I can only think that is exactly what was on Russia's mind when they decided to send a group of wailing grannies to Azerbaijan as their entry.

There was only one flaw with their plan. Despite the discordant singing the tune was actually quite catchy and it nearly won. Close shave Russia, you will have to do worse than that if you really don't want to win.

This is one of the most memorable Eurovision songs to me because it was one of the few times that UK (my home country) won the competition and in those days Eurovision was still a big deal; Bucks Fizzbecame household names in Britain after this and had a string of hits equally as cheesy as this one.

Of course, girls having their skirts ripped off makes it memorable too! 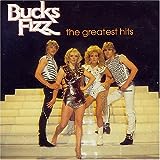 Greatest Hits
If you were a fan of the 80s cheese that was Bucks Fizz then here are all their most famous songs. Making Your Mind Up is obviously there and so are Land of Make Believe, My Camera Never Lies, If You Can't Stand The Heat and more.
Buy Now

Surprise surprise, the Eurovision song contest actually produces some decent music these days. This song is quite catchy and involves some enthralling fiddle playing with a bizarre but entertaining performance by some strange dancers - the choreography was done by Hallgrim Hansegard of the Frikar dance group.

Alexander scored 387 points which at the time of writing is a record total.

Ireland have won the Eurovision song contest 7 times and with this entry they really excelled themselves. Once seen/heard, this is not a song you will easily forget.

With its lyrics that mock everything that is Eurovision, the singer being a puppet turkey and a backing track that seems to have combined the sounds of a fairground and a building site, this is possibly the most offensive song to the listeners eardrums that could be created.

This is everything Eurovision; a novelty act, bad music, ridiculous choreography and controversial - brilliant. How come it didn't get beyond the semi-final?

Dustin's entry was very divisive and many called for it to be disqualified, it wasn't but it didn't do well. You can read some background information on Dustin here: Dustin the Turkey.

With too many "great" Eurovision songs I decided to extend this list to more than 10. My first addition is Leto Svet by Kreisiraadio, the Estonian entry from 2008. This song has to be one of the most hilarious performances ever in Eurovision featuring three sex tourists "dad dancing" singing a bewildering chorus of "Leto Svet" - it sounds like something they made up on the spot!

In fairness, the song is a parody of Eurovision featuring spoof hairstyles, ridiculously simplistic dancing and nonsensical lyrics. The judges did not appreciate the joke and the song did not make the final - something tells me that the piano humping wasn't deemed suitable for broadcast on the big night.

When I was a child I used to love a Hanna Barbera cartoon called "The Hair Bear Bunch" so I was very surprised when Serbia sent Hair Bear to represent them with this song. During the 2000s it became fashionable to send weird acts to Eurovision so this hairy bear of a man backed by three bald freaks, a man playing the piano accordion and a moody ballerina perhaps was not that surprising.

This song is memorable for actually being really good along with an excellent performance, by Lena; something that really stands out among the cheesy rubbish that is typical of Eurovision.

You might think that Molvania was one of those nations that suddenly appeared on the map of Europe after the breakup of the Soviet Union. Well, you would be correct, only it does not actually exist. Molvania is a fictional country which is the subject of a very funny spoof travel guide "

Molvania: A Land Untouched by Dentistry". This video is fairly amusing and you can imagine something like this being in the song contest in the 1980s.

The United Kingdom gave the world The Beatles, The Rolling Stones, David Bowie, Led Zeppelin, Elton John, Oasis, Queen, Eric Clapton and countless other great musicians so what do they send to the Eurovision song contest? The answer is Daz Sampson and his awful song "Teenage Life".

However, in a competition famous for trashy music, this really should have been outstandingly trashy and in with a chance of winning. It seems though, that Great Britain only discovered Eurotrash as the rest of the continent decided to move on. This song is so bad that it borders on brilliance!

This performance is very memorable (at least to me) because high tempo pop rock is not the type of music that normally features on the song contest and put it together with an old granny banging a drum and it makes for quite a bizarre combination. In fact the title of the song translates as "Grandmamma beats the drum" - a rock song about this subject is extremely strange but at least it explains the presence of the singer's grandmother on stage, and I thought he just wasn't allowed out on his own!

Romania really got confused in 2013 sending Cezar to the competition, dressed like Darth Vader without his helmet but screeching like a castrated Beegee with a group of "artistic" dancers to support him. This is the sort of nonsense that makes the Eurovision song contest worth watching every year.

In a fevered state of anticipation I have just listened to most of the entries for the 2017 Eurovision contest as I will not be able to watch them on the night due to other commitments. Among the dross, from what must be one of the most boring Eurovision collections ever, this utterly crazy concoction from Romania stands out from the crowd by a mile. Yodelling and rap, what a crazy idea, mental in its brilliance this is pure Eurovision - douze points from me.

If you love the Eurovision Song Contest, have anything to say about this lens or any of the performances, please leave a comment.

Douze Points - Tell Us What You Think About This Musical Extravaganza