I was a teenager when rock and roll came out, and not being allowed to play "that disgusting music" at home made me more keen! Still keen.

Pop Music as we Know it Was in its Infancy

Too much happened in those post-war years to give you all the cultural, historical and political details, so these are just a few of my own musical memories which stood out.

It was the decade when Pop Music and Rock 'n Roll really took off but there was other good music too. And we played records on the gramaphone or radiogram

Until I left home and went to boarding school at the age of 11, my musical taste was somewhat shaped by the records my parents used to play.

The decade started with us playing records -short 78 rpm's on our big state-of-the-art very expensive radiogramme and by the mid 1950s all that changed, and we were able to play 45 rpm's and Extended Play 33 1/3 rpm's, which were much more delicate, and you had to be careful not to scratch them. These were all mono, and stereo came in a bit later.

Harry Belafonte was a family favorite, with his "Down the Way Where the Nights are Gay and the sun shines daily (or was it gaily?) on the Mountain top", and "Banana Boat Song" starting with it's plaintive call "Dayo, Isadayayayo....daylight com and I wanna go home".

As they were not operatic singers, their voices were dubbed by LeVern Hutcheron and Marilyn Horne. I enjoyed it, but my parents were not so sure, being brought up on the original 1875 Carmen opera by Georges Bizet . The film music was a nearly faithful copy, but with a modern twist to the story and Afro-Caribbean actors playing the lead parts, which was almost unheard of at that time.

My father's favorite was Beniamino Gigli, considered to be one of the very finest tenors in the recorded history of music. Not only would we listen to wonderful songs from the Italian Opera, such as "Your Tiny Hand is Frozen", and "I Pagliacci", but we would also get fabulous renderings of operatic songs belted out from the bathroom by my father, who had aspirations to be an opera singer and a rich tenor voice to back this up. "O Solo Mio" had a life before football and ice cream adopted it as their own.

There Were Many Popular French Singers

My parents were very sociable, we lived in Central Africa at that time, and they used to have a lot of small parties and sundowners, when they would dance and play sophisticated music - they loved all things French, such as

Edith Piaf singing "Je Regrette Riens" and Charles Trenet singing "La Mer". Another popular French song of the time was "La Vie en Rose"......"take me to your heart again" ....... These were not strictly songs of the 1950s, but their popularity continued into that era, and are certainly fixed there in my childhood memory.

We would hear such gems as Rosemary Clooney singing "On the Baby's bottom on the baby's knee, where will the baby's dimple be?", and Frank Sinatra singing "The Tables are Empty, the dance floors deserted", which I always loathed. It was some years later that I realized that I just didn't like crooners. Perry Como - out! Mel Torme - Out! Dean Martin - yuck!

And, as for Frank Sinatra's signature song, "I Did it My Way", I never liked it until I heard the vastly superior Punk version by the Sex Pistols, several years later - at least it injected some fun into what was otherwise a rather nauseating dirge, pompous self-glorifiying and lacking musicality.

Nat King Cole was very popular - "Smile while your heart is breaking" and "Too Young" - very smooth, if a little bland, and Les Paul and Mary Ford singing in unison "How High the Moon", and "Vaya Con Dios" and then later in 1954, "Mr. Sandman" sung by the Chordettes.

But my favorite was Frankie Lane.

I still have his album Frankie Lane and the Four Lads - if anyone wants to buy it, just ask - cheap, because the cover is torn.

The Explosion of Rock and Roll

In early 1950s Johnny Ray's "Cry" came on the scene, followed by "A White Sports Coat and a Pink Carnation".

Then there was my hero and personal favorite, Elvis Presley, with "Hearbreak Hotel" and "Blue Suede Shoes".

Other popular music was "Earth Angel" - Penguins, "Sh-Boom"- the Chords and "That's All Right" - Elvis Presley and "Diana" - Paul Anka.

Then, in1955: "Tutti-Frutti" - Little Richard, "Why Do Fools Fall In Love" - Teenagers and "The Great Pretender" - The Platters.

Bill Haley - Rock Around the Clock

The Platters - The Great Pretender

The Platters - The Great Pretender 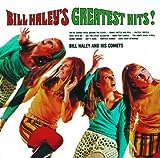 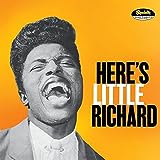 Ballroom dancing was still popular - As well as rock and roll, I could dance the quickstep, foxtrot and waltz, which were more intimate dances than the wild rock and roll which soon became ubiquitous amongst the younger generation, setting them apart from the "grown-ups".

I liked both, but I must say, if you wanted a close clinch, and a romantic cuddle, ballroom was best!

Girls' skirts became very wide, even circular, with big hoop petticoats underneath, and wide belts. Flat shoes, ballet pumps, came in, together with bobby sox and pony tails for the girls, and jeans for the boys.

Take the Poll below and see what everyone thinks

Just a bit of fun!

My favorites were Elvis Presley and Rock and Roll.

See the Question Below:

What was Your Favourite Music of the 1950's Era?