Kermit Stars in The Frog Prince

The Frog Prince is a wonderful and unique 1971 television special, which was directed by Jim Henson. It tells the story from the fairy tale of the same name. This is a musical version and includes a frog named Robin who, of course, is really a prince and a princess named Melora who only speaks backwards.

In this one-hour long show, Kermit acts as the narrator. It seems that perhaps the King's sister is not exactly who she claims to be and two spells need to be broken. Follow the adventure as it unfolds in typical Muppet fashion with music and humor until the classic fairy tale ending arrives.

The Frog Prince is an enchanting tale that both Muppet and non-muppet fans, adult and child, will like. Scenes with the very sarcastic 'Aunt Taminilla' and the lullaby for the ogre Sweetums, will keep you laughing.

If you are interested in owning The Frog Prince, it will have to be on VHS tape as it has not been released on DVD.

Click here to read more about The Frog Prince on Amazon.

was the television debut

for both Kermit's nephew Robin

Facts About The Frog Prince

Princess Melora was played by Canadian actress, Trudy Young who also appeared in Jim Henson's The Cube, The David Steinberg Show, George, and Alphabet Soup, a children's series on which she was the host. She also participated in Pink Floyd's 1979 concept album The Wall as a groupie in the track "One of My Turns."

Buy Your Copy Of The Frog Prince

Cinderella as only Jim Henson can tell it has us meet the poor girl and charming prince but throws in a few talking frogs, monsters, dogs and a fairy godmother who is slightly less perfect than the average fairy godmother. Once again, a humorous Jim Henson and the Muppets television special enjoyable by the whole family. 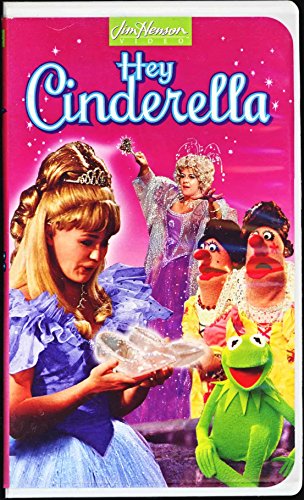 This somewhat unknown compilation called The Storyteller is a 1988 television series, which included nine stories told by an old storyteller and his sarcastic dog. Although I have not seen them personally, I am very interested as they do come highly recommend by Amazon customer reviewers who have given them a near perfect five-star review.

Jim Henson's The Storyteller ~ The Complete Collection
The complete collection IS is available on DVD.
Buy Now

Have YOU seen The Frog Prince?