The Passing of a Blues Legend...

Gary Primich was an amazing blues singer and harmonica player.  A native of the midwest, he began playing the harmonica as a child and mastered playing the blues in Chicago before moving to Austin, Texas, where his recording career took off.

Whether playing with his own band or in gigs with other musicians, Gary's talent and down to earth nature always shown through in his music.

2. A distinctive sound that he played from the heart.

3. His dedication to his fans, his band and the blues.

During his too short career, Gary released and played on over a dozen albums. Here are a couple featuring the best of his older and more recent works. 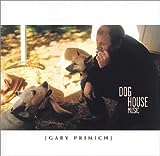 Where I First Heard Gary...

A friend loaned me this CD and Gary was one of the great harp players featured on it. His sound hooked me from the start and he quickly became one of my favorite harp players.

What do you think of Gary Primich?

Blues Harmonica The Basics and Beyond
Buy Now

Learn How to Play Blues Harp from Gary

Let a blues harp legend teach you how to play.

Share your thoughts or memories of Gary Primich in the comments below...