Cassandra Wilson's smoky jazz vocals on a gorgeous mellow rendition of Cyndi Lauper's now pop standard "Time After Time" lend a kind of appropriate musical gravitas to Tyler Perry's Good Deeds Soundtrack. If you haven't yet heard the cover version by Michelle Chamue from this season's The Voice visit iTunes to hear her renditions of Cyndi Lauper's "True Colors" & "Time After Time" which is a testament to the strength of Lauper's songwriting that her songs still hold up today.

The movie is being touted as a bold step for Perry who lays bare his emotions sans Madea's outrageous wig and dress in a lovely romantic drama that tells the universal story of following your heart in both love and in life. If you haven't yet seen the movie and you have a Netflix subscription, it's one of the few decent inspiring romantic movies that's available to watch instantly online. In it, Perry plays a soft spoken CEO. I wonder if he's that reserved and thoughtful in real life?

There's no official Good Deeds O.S.T. cd being released of the songs or the score by Aaron Zigman (Madea's Big Happy Family, What's Your Number, I Don't Know How She Does It). So you'll just have to enjoy Zigman's music cues in the movie.

Have You Seen the Movie Good Deeds? - Is It Worth Checking Out the DVD?

What Do You Think Of Tyler Perry's Movie

It doesn't seem like Tyler Perry will be releasing a

Good Deeds O.S.T., but you'll find many of the songs are available as individual downloads. Click on any of the CD covers or songs to preview.

Written and Performed by Carvin Knowles 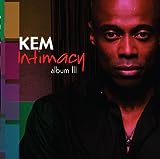 Intimacy: Album III
The smooth groove "Can You Feel It" was released in 2010 as part of Kem's album Intimacy. It's available on CD but the MP3 album download is a deluxe edition that features an additional two songs.
Buy Now

"You Gotta Be" Patti Austin - As Featured in Good Deeds Trailer

Reviews By Moviegoers - From Beyond the Trailer

What I love about the Beyond the Trailer videos is that they go out and get opinion from everyday movie goers not just professional movie critics and in general, it seems movie goers really appreciate Tyler Perry's dramatic turn in Good Deeds.

Tyler Perry is more than just a crass film maker in drag. Perry proves he is one of the most energetic, busy film makers who is helping others along the way.

What do you you think of the Good Deeds Movie & Soundtrack?

Tyler Perry On How To Be Successful

More About Covers of "Time After Time"