Hells Angels at Woodstock rode Harleys of course. Harley Davidson rides the Highway to Hell like no other motorcycle and the culture has impacted on guitar gear too with Harley Davidson guitar picks!

Intro image from my own photo collection, please do not copy.

Harley Dav logo picks go down really well with my students. I have to watch I don't lose too many when I lend them out. Just in case I do, I have one on a chain!

Fender produced three Harley Dav guitars to celebrate the 105th anniversary and these were auctioned for charity. The line and design of this guitar is sophisticated and beautiful and its performance is a dream too. I do not have the rights to the photo, but visiting these links will give you more details of the Fender Harley Davidson Guitar specifications and you can see pictures too! 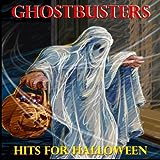 Born To Be Wild
Buy Now

Nearly forty years ago at the age of 24, Duane Allman was possible the most expressive and talented guitar player on the scene. His solo on Eric Clapton's classic song Layla says it all! Duane Allman was killed riding his Harley Sportster on October 29th 1971. A large flatbed lorry with a weight ball on a crane was rumbling along in front of him. He slowed and prepared to move out as the truck started to turn, but the truck stopped halfway through the manoevre and Allman struck the truck and was knocked off his Harley which bounced off the weightball and struck him in the chest. He died later in hospital...

The links below have more details about Duane Allman, his music, his life and his death. 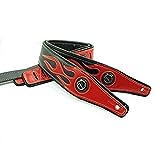 There is something so solid and old-school guitar hero about a leather guitar strap. Combine it with red flames then you can play Born To Be Wild with that bit more conviction! 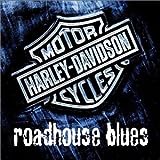 2. Back for a Taste of Your Love - Jonny Lang

6. She's Out There Somewhere - Buddy Guy

16. Low Down and Dirty - Luther Allison

And because sometimes only the old songs will do....

I have a Harley Dav guitar pick - 2mm - which I use to play bass. Are you a fan of Harley Guitar Gear?