Who are the Hobbit Dwarves? Find out more about the Dwarfs of "The Hobbit"

The 13 Dwarves of the Hobbit Movie

The Hobbit Movie trilogy features 13 Dwarves. But who are these Dwarves. What are their stories?

This lens will find out more about the dwarves of "The Hobbit" movie.

This lens showcases all 13 of the Dwarves of the Hobbit movie.

It features pictures of all of these dwarves, quick and short profiles and of course some of the specialized merchandise from the Hobbit movie.

**All pictures on this Dwarves of the Hobbit Movie lens are from the Official Hobbit Movie Facebook Page and are courtesy of Warner Brothers Pictures. With all rights and copyrights to the studio.

Bombur's main point in the Hobbit storyline is to be an obstacle and comic relief for the company of Dwarfs. He is the "Fat one" and has a lot of pratfalls and and comedy directed at his size, voracious appetite and the lengths the company has to go to to bring him along.

He is one of the dwarfs that also becomes a particularly close friend of Bilbo.

In the upcoming Hobbit movie, the part of Bombur is played by actor Stephen Hunter

Thorin Oakenshield: Leader of the Company

Thorin is the leader of the company of Dwarves and certainly one of the "action stars" of the series. He is a tough, smart and generally fair leader who is brave and a stout and hearty fighter.

The name "Oakenshield" is not a last name, but a nickname. Throin had once fought off orcs in the Mines of Moria using a brach of oak as both a shield and a weapon, and was given that name to honor his past deeds.

Thorin is quite tall for a dwarf. He is also one of the Dwarven Kings in Exile and wants to get revenge on the dragon Smaug for the destruction imparted by the Dragon in Thorin's youth. (As well as reclaiming all the lost Dwarven Gold)

Thorin is related, or at least distantly related, to most of the Dwarves in the company.

Thorin will be played by actor Richard Armitage in the Hobbit trilogy of movies. 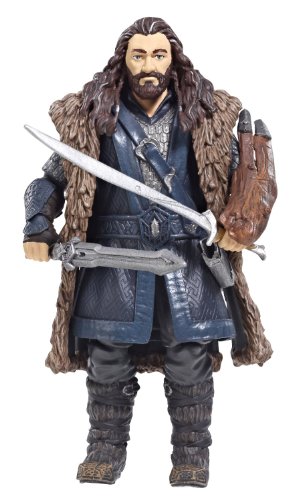 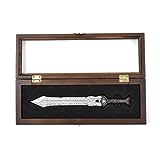 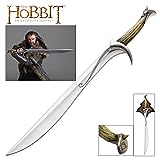 Ori is the youngest of three Dwarven brothers. Much of his participation in the story has to do with his older brothers looking out and worrying after him.

If you remember the company reading a book in the Lord of the Rings about the ill fated Dwarven mission to retake the mines of Moria, that book will be written...years later... by Ori. 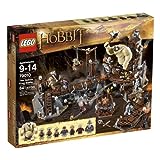 Nori: The Dwarf of Mystery

Nori is a dwarf with a bit of a dark past. Part of his reason, besides accompanying his two brothers on the quest is to avoid some sort of legal trouble in his home dwarven area. Nori is the middle brother and while everyone is watching out for yournger brother Ori, Nori seems to be the one who helps himself into spots of trouble.

Nori is the middle brother with older brother Dori and younger brother Ori. In the Hobbit Movie trilogy this part is played by Jed Brophy

Get Nori the Dwarf Merchandise on Amazon 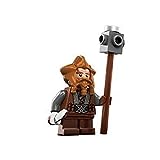 Dori is the oldest of three brothers (Ori and Nori being his younger siblings). He is noted as being one of the strongest Dwarves and is often given the task of carrying the weak, "thief" Biblo from place to place. Due to this, Dori is one of the Dwarves who has a lot of interaction with Bilbo Baggins.

Balin is the second oldest of the company, being younger than only Thorin Oakenshield. Balin is often the voice of reason and calm amongst the Dwarves. Balins calm decisions and smart choices make him a great sounding board and useful in helping and educating Biblo Baggins.

Because of his wisdom and calm, Balin becomes a particular friend and confidante of Bilbo Baggins. 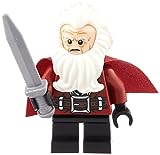 Dwalin is one of the tallest and fiercest dwarves. He is tough, tough minded and fiercely loyal to his cousin Thorin. He is incredibly loyal and supportive to those he knows and trusts, but he also is very hesitant to like, trust or deal with non-dwarves, being specifically suspicious of elves.

Bifur and his cousins Bofur and Bombur are the only dwarves who are not royalty and at least distantly to Thorin Oakenshield. Bifur is a mute who has to communicate in gestures only due to an ax head that is stuck in his skull.

Bofur is not a particularly brave dwarf...but brave enough. He is on the quest looking for a chance to earn a lot of gold, and because he heard there will be free beer.

Bofur is incredibly optimistic and good natured for a Dwarf, and always fun to be around. He is often around his brother Bombur and cousin Bifur.

The role of Bofur is played by Irish actor James Nesbitt

Kili and Fili: The Young and Active Dwarves

Kili and Fili are brothers and the the youngest Dwarves, being more than 50 years younger than most of the others. They are the nephews of the leader, Thorin Oakenshield, they have been trained by him in use of weapons and are quite skillful, therefore they are often given a lot of the action and fighting.

Kili and Fili are cheerful and outgoing and live with a youthful zest the older dwarves do not possess. Dean O'Gorman and Aiden Turner play Fili and Kili (respectively).

Fans of the Lord of the Rings movie and books are certain to know (and probably love) the character of Gimli the Dwarf. Gimli is the son of Gloin and in many ways the characters are similar. Gloin is gruff and a bit abrasive, but a great fighter and a loyal dwarf. 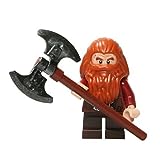 Who is your favorite Dwarf from the Hobbit Movie?