This hub is about nine very hot, pretty, cute and sexy Chinese actresses / singers. They are very popular due to being above average in the looks department. I will have to admit, it is very lucky being born beautiful. Although most of us are just normal looking average folks, we can still take a look at very gorgeous people that we might someday run into. Hope you enjoy this hub and the pictures that I have selected.

Fan Bing Bing – She is also known as FBB by most Chinese people. She was born in 1981, as of today, she is 30 years old. Fan Bing Bing has been popular in China for at least a few years now. This actress is known to have a very small v shaped chin and shapely body. Fan is extremely sexy with her heavy makeup and trendy clothes.

Zhang Ziyi – Zhang is perhaps the most well known Chinese actress in the West. Those that have watched Crouching Tiger, Hidden Dragon is familiar with Zhang Ziyi. She is extremely lucky and rose to stardom in a relatively short time. Being one of the wealthiest actresses in China, she is extremely popular and known to have very elegant / sexy taste in clothing. Zhang Ziyi was born in 1979, which makes her 32 years old today.

Liu Yi Fei (Crystal Liu) – Liu Yi Fei or Crystal Liu is a young female actress that rose to stardom recently. According to most Chinese people, she is both pretty and cute. Most of her films are ancient Chinese drama, which is extremely popular in China among most people. She is known for her delicate features and shapely body. Crystal Liu was born in 1987, which makes her 24 years old as of today.

Tong Liya – Tong is a new actress that is already known for her beauty. She is relatively new and not as well known as others on this list. However, she is gorgeous with a very pretty smile. I consider her one of the prettiest Chinese actresses of today. In my opinion, Tong Liya is easily one of the most gorgeous women in the world. However, she is a little bit on the skinnier side. Tong Liya was born in 1984, which makes her 27 as of today. I have a lot of her pictures here because she is so exceptionally beautiful. 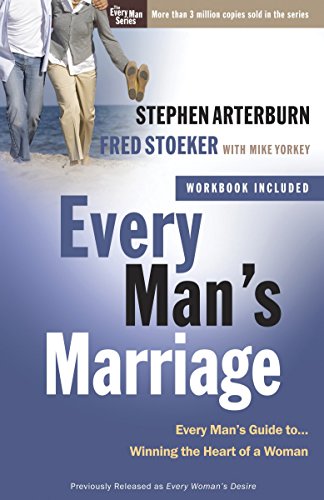 Every Man's Marriage: An Every Man's Guide to Winning the Heart of a Woman (The Every Man Series)
Buy Now

Jolin Tsai – Jolin Tsai is a famous singer in Taiwan that is known for her extremely sexy and skin bearing style. She has been popular for many years and her followers are all over Asia. In addition to being a singer, she is also a very good dancer. All the outfits that she worn in her music videos are very sexy to enhance her sex appeal even more. Jolin Tsai was born in 1980, which makes her 31 years old.

Vicki Zhao – Vicki Zhao is a famous actress in China. She is known for having very big eyes. In her younger days, Vicki was the definition of cute among Chinese people. About 15 years ago, she acted in a TV series called “Huan Zhu Ge Ge”, translated to English as “Princess Pearl”. Because of that TV series, Vicki became known in every household in China as exceptionally cute. Vicki Zhao is now married with children. She was born in 1976 which makes her 35 years old as of today.

Rainie Yang – Rainie is a actress / singer in Taiwan that rose to stardom in recent years. She is very cute and is an expert when it comes to fashion. She became famous because of her famous hairstyle which makes her appear very cute to many people. Rainie's signature hairstyle is the heavy bangs in the front. Many people describe Rainie as a short woman with a very cute child like face.

Shu Fanny (Shu Qi) – Shu Fanny is a famous Hong Kong / Taiwanese actress for many years. She is not particularly beautiful but has a very unique sexy face. She was known to be sexy not because of showing lots of skin but body language and piercing gaze.

Vivian Hsu – Vivian Hsu is a Taiwanese actress / singer that rose to stardom many years ago. Long ago, she was known to bear lots of skin in her work and left Taiwan to pursue a career in Japan. However, she was never famous in Japan because of the language barrier. A few years ago, she came back to Taiwan and finally became famous in her own country. She is known to be very pretty, sexy and cute all at the same time.