How is Grace, Praise and Worship and Tasha Cobbs Connected?

My Chain Breaking Experience with Grace

When I first heard Tasha Cobbs sing 'Break Every Chain', I wept! I was going through a really rough time in my life, when everything that could go wrong was going wrong. I needed 'chains' broken in my own life and could well identify with the song.

In that dark moment, though, my spirit was reminded that "Smooth seas don't produce skillful sailors. It's the rough waters that train us to be His disciples. He uses the turbulent times in our lives to prepare us for His purposes-if we'll let Him" (Lynn Austin).

So following those well spent tears, which provided much release, I continued my spiritual journeying with this ever present reminder that I could not truly speak about being a Christian without passing through my stormy seas.

About the Inspiring Songs on the GRACE Album!

Grace' is full of encouragement for every Christian from the very first song on the album, 'Get Up', to the very last song, 'Confidence'. She's a Worship Leader and she takes her calling seriously since she firmly believes that her "assignment as a worship leader is to, without fail, lead God's people into His presence."

I don't know if it's the same with you, but inevitably anytime I buy a music CD, there is that one song on the album, that ends up getting played more than once all the time. Well on this album, 'Break Every Chain' is that song for me (I have shared it with you below in the videos). Tasha sings it with such authority that I am convinced that demons flee at the sound of her voice and she succeeds in bringing deliverance to many who hear her sing it.

In fact Tasha Cobbs writes, "I have ministered it at my church a few times, and it always has the same affect---chains are broken. I have messages on Facebook and Twitter from people who have been freed as a result of the song. It releases freedom"

Added to that in January 2014, she won a Grammy Award under the category of 'Best Gospel/Contemporary Christian Music Performance' for the song 'Break Every Chain' on her extremely successful debut album, 'Grace'.

The songs 'Grace', with the same name as the album, and 'For Your Glory' are also favourites of mine and I have shared them with you in the videos below. Enjoy! 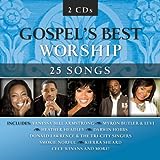 Gospel's Best Worship [2 CD]
Sometimes I just don’t want to listen to one artist on an entire album. This album, which is available both in CD and MP3 form, contains 25 songs from a mix of the best Gospel and Praise & Worship Singers currently. Singers such as Smokie Norful, CeCe Winans, Darwin Hobbs, Heather Headley and more.
Buy Now

This is another one that I like. I could keep going :)

OTHER GREAT GOSPEL SINGERS You Will Enjoy! 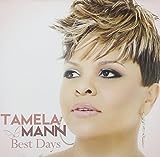 Best Days
Tamela Mann is another powerful female Gospel singer that you will enjoy.
Buy Now 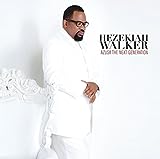 Azusa The Next Generation
Have you heard this powerful Praise album by Hezekiah Walker which literally brought deliverance to a 10 Year Old boy in Atlanta, USA in 2014? Get your own copy of his album and witness the power of his singing.
Buy Now

Who is YOUR favourite FEMALE Praise & Worship/Gospel singer?