How To Speak Australian Slang

Your Guide to Aussie Slang

G'day mate! Now if you don't want to look like a bit of a galah when you visit Australia you'd better take a Captain's Cook at this guide to Australian slang. A lot of the lingo that we used to speak is starting to die out but you still need to be prepared. Some of the more common slang words and phrases are listed below.

So if you go walkabout and end up out the back of Bourke when all you wanted was to find the dunny, don't blame me! And just so ya know, fishing for a brown eyed mullet would not be a good thing, but in some places it's ok to eat a floater. Read on and she'll be right mate, Donyer!

I'm not sure what's going on with this blokes face but he does a good job of demonstrating Australian language.

A - Is for Apples

Apples : It'll be all right, "She'll be apples"

Aussie salute : Brushing away flies with the hand

B - Is for Billabong

Back of Bourke : a very long way away

Banana bender : a person from Queensland

Barrack : to cheer on

Bastard : term of endearment, or an insult. "You're a clever bastard!" "You dirty little bastard!"

Battler : someone working hard and only just making a living

Bitzer : mongrel dog (bits of this and bits of that)

Black Stump, beyond the : a long way away

Bluey : A traffic ticket, a redhead, a cattle dog, a type of jellyfish

Bog in : commence eating, to attack food with enthusiasm

Bull bar : stout bar fixed to the front of a vehicle to protect it against hitting kangaroos, also a roo bar

Bundy : short for Bundaberg, Queensland, and the brand of rum that's made there

Bush : the Outback, anywhere that isn't in town

Bushman's hanky : Emitting nasal mucus by placing one index finger on the outside of the nose (thus blocking one nostril) and blowing.

Butcher's, Butcher's hook : rhyming slang for look "Take a butcher's at that!"

C - Is for Cobber

Cactus : dead, not functioning "This bloody washing machine is cactus"

Cane toad : a person from Queensland

Cark it : to die, cease functioning

Cat burying shit, as busy as a : to be very busy

Cockie : farmer (Farmers were called cockies in the early days of settlement because, like the birds of the same name, they made their homes on the edges of permanent waterholes)

Come a gutser : make a bad mistake, have an accident

Cooee, not within : figuratively a long way away, far off "England weren't within cooee of beating Australia at cricket"

Crack a fat : get an erection

Crack onto : to hit on someone, pursue someone romantically, to try to get a root

Cranky : in a bad mood, angry

Crook : sick, or badly made

You don't have an Aussie Flag? Why the bloody hell not???? 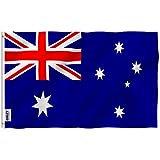 D - Is for Dinkum

Date : anus "get off your fat date"

Dead dingo's donger, as dry as a : very dry

Dingo's breakfast : a yawn, a leak and a good look round (i.e. no breakfast)

Dummy, spit the : get very upset at something

Fair suck of the sav! : exclamation of wonder, awe, disbelief

Feral : a hippie, a person with poor personal hygiene

Flat out like a lizard drinking : flat out, busy

Flick : to give something or somebody the flick is to get rid of it or him/her

Furphy : false or unreliable rumour, an argument or fight

G - is for Gander

Galah : fool, silly person. Named after the bird of the same name because of its antics and the noise it makes.

Gander : look "have a gander at this"

Gobful, give a : to abuse, usually justifiably "The neighbours were having a noisy party so I went and gave them a gobful"

Going off : used of a night spot or party that is a lot of fun - "the place was really going off"

Goog, as full as a : drunk. "Goog" is a variation of the northern English slangword "googgie" meaning an egg.

Grog : liquor, beer "bring your own grog, you bludger"

Harold Holt, to do the : Rhyming slang for "do the bolt", meaning to leave in a hurry. Also "to do the Harold"

Jackaroo : a male station hand (a station is a big farm/grazing property)

Knock back : refusal, refuse "He tried to crack on to her but he only got a knock back"

Knocker : somebody who criticises

L M - is for Larrikin, M is for Matilda

Lair : a flashily dressed young man of brash and vulgar behaviour, to dress up in flashy clothes, to renovate or dress up something in bad taste

Lair it up, Lairise : to behave in a brash and vulgar manner

Larrikin : a bloke who is always enjoying himself, harmless prankster

Lend of, to have a : to take advantage of somebody's gullibility, to have someone on "he's having a lend of you"

Lizard drinking, flat out like a : flat out, busy

Lob, lob in : drop in to see someone "the rellies have lobbed"

Long paddock : the side of the road where livestock is grazed during droughts

Lunch, who opened their? : OK, who farted?

Mallee bull, as fit as a : very fit and strong.

Mexican : a person from south of the Queensland or New South Wales border

Mickey Mouse : excellent, very good. Rhyming slang for Grouse. Beware though - in some parts of Australia it means inconsequential, frivolous or not very good!

Mob : group of people, or a group of kangaroos

Muster : round up sheep or cattle

Naughty, have a : have sex

No-hoper : somebody who'll never do well

Not the full quid : not bright intellectually

Nuddy, in the : naked

Nut out : work out an agreement

Oldies : parents - "I'll have to ask my oldies"

Paddock : a field, a fenced in rural area, as in "top paddock, sheep paddock, wheat paddock"

Piker : Someone who doesn't want to fit in with others socially, leaves parties early

Piss up : A party where much alcohol is consumed

Pozzy : position - get a good pozzy at the football stadium

Quid : refers to pre-decimal currency, a pound. "Are you earning a quid?" "I wouldn't give it up for quids?"

R - Is for Ratbag

Rack off : push off! get lost! get out of here!

Rage on : to continue partying - "we raged on until 3am"

Raw prawn, to come the : to bullshit, to be generally disagreeable

Ripper : great, fantastic - "it was a ripper party"

Ripper, you little! : Exclamation of delight or as a reaction to good news

Rollie : a cigarette that you roll yourself

Root : synonym for f*ck in nearly all its senses: "I feel rooted" "this washing machine is rooted"; "(s)he's a good root". A very useful word in fairly polite company.

Root rat : somebody who is constantly looking for sex.

Rotten : drunk - "I went out last night and got rotten"

Sandgroper : a person from Western Australia

Shag on a rock, stands out like a : very obvious

Shark biscuit : somebody new to surfing

Shit house : a toilet, or of poor quality, unenjoyable "this car is shit house", "the movie was shit house"

Shoot through : to leave

Shout : turn to buy - a round of drinks usually "it's your shout"

Skull/Skoll : to drink a beer in a single draught without taking a breath

Slab : a carton of 24 bottles or cans of beer

Spit the dummy : get very upset at something

Spunk : a good looking person (of either sex)

Stuffed, I'll be : expression of surprise

Swag : rolled up bedding etc. carried by a swagman

Tee-up : to set up (an appointment)

Throw-down : small bottle of beer which you can throw down quickly.

Tickets, to have on oneself : to have a high opinion of oneself

Tinny : can of beer

Troppo, gone : to have escaped to a state of tropical madness; to have lost the veneer of civilisation after spending too long in the tropics.

Turps, hit the : go on a drinking binge

Up oneself : have a high opinion of oneself - "he's really up himself"

Up somebody, get : to rebuke somebody - "the boss got up me for being late"

Veg out : relax in front of the TV (like a vegetable)

Walkabout : a walk in the outback that lasts for an indefinite amount of time

Walkabout, it's gone : it's lost, can't be found

Wacker, whacka : Idiot; somebody who talks drivel; somebody with whom you have little patience; a dickhead

Wobbly : excitable behaviour "I complained about the food and the waiter threw a wobbly"

Wobbly boot on, he's got the : drunk

Wog : person of Mediterranean origin. More accpetable than in other parts of the world

Wombat : somebody who eats, roots and leaves (see also root)

Yewy : u-turn in traffic "Chuck a yewy at the next traffic lights"

Zack : sixpence from pre-decimal currency, equivalent to 5 cents. "It isn't worth a zack", "He hasn't got a zack" 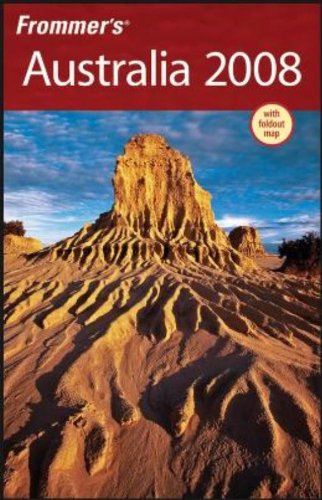 Did I leave something out?