How to Improvise in the Pentatonic Box

Improvising in the Pentatonic Box and Understanding Chords

Intro image and guitar graphics are all my own creation, please do not copy!

How this works - on the left is the minor version.

On the right you will see the major version.

These are movable scales, so I have labelled degrees of the scale by numbers, not by note names - you can obviously use the boxes in any position on the neck for any major key and its relative minor.

Blues notes, which may be played or bent up to, are marked as blue.

Pentatonic Box Improvisation - Play in any major or minor key! - Use this chart to find out where to position your blues scale box, or pentatonic box

Welcome to the world of Jazz! You can improvise in any major or minor key using this chart of Note Names on String 6

First establish what the key of the song is (First and last chords will give you the best clue, or check the key signature of the music)

Improvising in the Pentatonic Box - why is it easier?

Why not start with the major scale?

The very first scale we probably learnt in classroom music was the major scale, doh, re, mi, fah, soh, la, ti, doh. We might have sung "Doe a Deer" from the Sound of Music, we probably drew a keyboard and wrote C, D, E, F, G, A, B, C on the keys, we might even have done the "tone tone semitone tone tone tone semitone" thing, it is possible we were actually asked to make up a little tune starting and finishing on C - but could we easily improvise over C, F and G7 using those notes?

My guess is that most of us couldn't do it very well, those of us who knew a little theory probably tried to play the notes of the chords, but when the tune was quick, we lost it.... and so we learned improvising was difficult from the very people who should have taught us it was easy. Then one day we would have met a kid with an electric guitar, saxophone or piano, who could blow us away with the blues, What was the secret of their genius?

They knew how to avoid the notes FA and TI or F and B in our C scale example. These notes are great when you know how to use them, they provide the semitones that drive music forward and give the major mode its character but they also clash with some of the chords in that key - badly! That is why major scale improvisation is incredibly hard for most beginners and why teachers should be ashamed of setting the bar far too high for most kids! 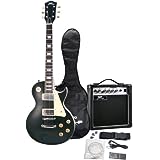 Obviously these will also fit with the blues versions! The D5 chord is a power chord - it can exist as D major or D minor with box scales. Although we are missing F from both scales, the F chord itself will also work well with the pentatonic C and A minor scales.

Record yourself playing a simple rhythm (maybe about 4 bars) on each chord, then try soloing - you should find it works fairly well.

Why not learn the rhythm guitar to these songs, then see which ones use the pentatonic box or blues scale in the lead guitar? You can check them out on my profile.

Band In A Jam Project

Best Songs To Learn On Guitar

Best Way To Use A Guitar Pick

House of the Rising Sun

Smoke On The Water

Playing in the pentatonic box.... - Or thinking outside the box?

You decide - you can type whatever you like in the search box to find it on Amazon, or simply browse through these pentatonic gems!

Why the Pentatonic Box works

Learning to play rather than analyse....

For guitar players, the pentatonic box eliminates the difficult notes and falls really nicely under the fingers. In terms of music theory, the major and the relative minor are interchangeable too just by changing the root of the scale. That doesn't just apply by the way to guitarists, it can be used on ANY instrument at all for easy improvising just by being aware of the notes. Here is a musical example in C:

C is the ROOT

A is the ROOT

Apart from the G#, they are the same but with a different ROOT or anchoring note.

C is the ROOT

A is the ROOT

The notes contained are identical, one scale is a "mode" of the other. The pentatonic modes do not have the awkward notes in, so you can focus on the root, the fifth and the melody without fear of painful "crunches"

Record yourself playing each chord over a simple rhythm for about four bars, then try to "solo" with the major and minor scales given here. Note which notes don't "work" with each chord and which notes do work best.

Now, whether you play guitar or any other instrument, I hope you will experience the fun of jamming without fear!