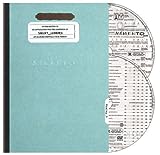 Some say that Chris Nolan's Inception (2010) is over-complicated. It merits more attention and thought than the average blockbuster, to be sure, but in the end, Inception is just a very busy movie. It's a conceptual film, whose characters and relationships are subordinate to its ideas. The film's subject automatically puts it in the science fiction genre, but it's more psychological fiction than sci-fi. (One can see thematic similarities in films like Solaris, Paprika, and Waking Life.)

Inception is set in the future, when humanity possesses the technology to extract information from dreams. A team of dream extractors (that is, thieves)--comprising Cobb (Leonardo DiCaprio), Ariadne (Ellen Page), Arthur (Joseph Gordon-Levitt), Eames (Tom Hardy), and Yusuf (Dileep Rao)--is hired by businessman Saito (Ken Watanabe), but not to steal; Saito wants to plant an idea in the mind of corporate rival Fischer (Cillian Murphy) using dream insertion, or inception.

Inception is a tricky process, with the team delving into yet lower and lower levels of dreaming to ensure that the idea takes root. Each dream level is a different world, and the job takes the team from urban settings to a surreal, forsaken dreamscape. However--in one of the movie's more forced ideas--anyone who dies in a dream-within-a-dream risks being trapped in a dream-world limbo. To make things worse, Cobb can't seem to prevent unwanted projections of his deceased wife (Marion Cotillard) from trying to sabotage the job.

Some stories need more than two hours to be told, but Inception may not be one of them. Like Nolan's preceding film, The Dark Knight, the climax (in the third dream level) is drawn out too long, and the tension that had been masterfully built up to that point flounders.

Notwithstanding pacing issues, what impress most in Inception are the acting and visual elements. Virtually everyone in the cast is good, and Murphy, DiCaprio, and Cotillard are very good--which isn't easy given the script's flat characterisation. The weakest actor in the ensemble is perhaps Page, who is a bit out of her league.

As in virtually all Nolan films, the cinematography is sharp and editing is efficient. The special effects--arguably the film's real stars--are spectacular, and they also serve a purpose in the plot. Visions of impossible things, such as folding Paris streets, are both lovely and vertiginous. A memorable sequence in the film--certain to become a favourite of many viewers--is the protracted and witty zero-gravity fight scene featuring Gordon-Levitt. The scene is beautifully choreographed, and shows off Gordon-Levitt's surprising grace and agility.

Recursion is a key theme, conceptually and visually, in Inception. Recursion is, simply put, an infinite loop, like a dreamer dreaming a dream wherein the dreamer dreams a dream (and so on, with the sequence potentially continuing infinitely). Less simply, it is a loop of "functions in which the function being defined is applied within its own definition...a process of repeating objects in a self-similar way".1 For example, it's like typing "recursion" in a Google search and being prompted to search for "recursion" (which, by the way, is what happens). It's like two opposing mirrors endlessly reflecting each other's reflections, and also like M.C. Escher's infinitely looping staircases (recursive mirrors and Penrose stairs are both depicted in Inception).

The motif of recursion is echoed by the film's narrative structure. (Nolan isn't exactly subtle with the symbolism.) Like many such stories, the inner stories in Inception overwhelm the real-world framing. The reason for the inception isn't as important as the dreams themselves, even though they're not real. (The last statement assumes that the framing narrative in the 'real world' is not a dream; the ending is ambiguous enough to suggest otherwise.)

Dreams and Movies - Ways of Escape

In film theory, oneirism is the study of dreams and the dream-like qualities of film. Film and dreams have long been connected in film theory, especially psychoanalytical film criticism. An obvious parallel between films and dreams is how "oneiric events take place in a luminous field, framed by a large dark space...According to the American analyst [Bertam D. Lewin], dreams are projected onto a white screen, the 'dream screen', representing the idea of sleep itself or...the desire of sleeping."2

When we watch a film, we are aware of being spectators to a kind of dream; even if we are lost in escapism, we can never completely forget that we're watching a constructed fantasy. Like the the characters in Inception, a person watching a film is like a lucid dreamer, i.e., a dreamer who is conscious of being in a dream state. Cobb and company even carry tokens as reality checks; in the dream world, a token exhibits impossible properties, such as a top that spins infinitely instead of losing momentum and stopping. This is similar to dreamers pinching themselves to check whether they are awake or asleep. (For more thoughts on lucid dreams and this film, see Hubpages article "Inception and Lucid Dreaming".)

The team uses Fischer's strained relationship with his father as the means to plant the idea that will, in Cobb's words, "grow organically in the mind". In this sense Fischer is the most authentic lucid dreamer, because he enters the dream involuntarily and without knowledge. His recognition of the dream state and willingness to participate grow with each subsequent level of dreaming, until he discovers the 'true' meaning of his father's dying words. His evolution parallels the belief in some traditions, such as Hinduism, that lucid dreaming traces a path to enlightenment and self-awareness. Perhaps Fischer's 'truth' is far from that of the real world; but the nature of the dream world, where the subconscious fills in the gaps, deems that the truth he attains is the one he needs.

Inception ranks as one of Nolan's better movies to date, but not his best; Memento, from 2000, still has that honour. Even though it awes with its striking visuals and intriguing premise, the film leaves me wishing that there were more to it. Fischer's dream-world reconciliation with his father is the film's only genuinely affecting scene; it's perhaps fitting that this potentially cathartic moment isn't even real. The film may be intellectual, but it makes no grand statements about anything (and arguably, it doesn't have to). Yet like some of our better dreams, it convincingly portrays another world, is beautiful to behold, and doesn't have to be deep to be compelling.

Things You May Have Noticed in 'Inception'

Some of the themes in Inception are discussed in great detail in the Pulitzer Prize-winning book Godel, Escher, Bach: An Eternal Golden Braid by Douglas Hofstader. If you're interested in ideas of recursion and infinite loops, I highly recommend this book. But be forewarned If you think Inception is too cerebral: GEB (as the book title is often abbreviated) is much more demanding.

Some names of characters in Inception are allusive. Cobb is the name of the suave burglar/con man in Following, Nolan's first picture; both characters are thieves with secrets. In Greek myth, Ariadne helped Theseus out of the Minotaur's labyrinth. Mal might be based on the Latin root mal, meaning "wrong" or "bad".