The best rock duets by alternative and indie musicians.

Looking for alternative and indie rock duets to spice up your playlists? Well you've come to the right place. I love non-mainstream boy girl duets, even more so when it's by an unexpected team-up by musicians who are geniuses in their own right.

Below is an assembly of awesome collaborations by renowned alternative music artists and you'll find that I've divided the selections into two parts: Classic Collaborations and Contemporary Duets.

Classic Collaborations features the best rock duets by some of the greatest alternative musicians - 80s icons Siouxsie Soux and Morrissey, for instance. Who knew they would sing together?

Contemporary Duets, meanwhile features a selection of newer male and female duets, all from alternative artists and musicians from the indie music scene. This is divided in two parts again - bouncy, upbeat tracks and slow, melancholic duets.

The best part? You can listen to all of them via the videos and playlists below. Now all you need to do is crank up the volume, sit back and enjoy the vocal harmonies.

Hold on! What does Alternative Music sound like? That's up for debate. Existing as an 'other,' alternative music should, in theory, simply sound unlike whatever the prevailing popular-musical models of the day are. Meaning, if you don't know exactly what it is, at least you know what it's not. (Source)

Morrissey and Siouxsie Soux, "Interlude" - Listen to two alternative rock icons for the price of one.

Interlude is a single by Morrissey (best known for his work on The Smiths) and Siouxsie Sioux (of Siouxsie and the Banshees fame) released in August 1994, and credited to "Morrissey & Siouxsie". Soon after the recording Morrissey and Siouxsie had a falling out and neither did any promotional work for the single. Despite this, the single's chart peak (#25 UK) was consistent with Siouxsie's other UK chart placings of the era -- after 1988, whether recording with Siouxsie and the Banshees or The Creatures, she never charted higher than #21 UK. "Interlude" also charted considerably higher than Morrissey's previous single, "Hold on to Your Friends", which had flopped at #47. (Wikipedia)

An unreleased version of the song exists featuring only Morrissey's vocals but let's consider ourselves lucky that the precious version with both Morrissey and Siouxsie is available on the internet. Watch it below.

Candy is a song by Iggy Pop from his ninth solo album, Brick by Brick. The song is a duet with Kate Pierson of The B-52's, and was released as the album's second single in September 1990. The song became the biggest mainstream hit of Pop's career, as he reached the US Top 40 chart for the first and only time. Listen to it here. 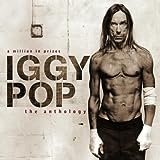 Candy
"Candy" debuted on November 24, 1990 at number 90 on the US Billboard Hot 100. It reached a peak at number 28 in February 1991. To date, it is Pop's only single to appear on the chart. In 2008, the song was ranked number seven in Spinner.com's list of the ten best duets ever, and number fourteen in Retrocrush's list of the 25 greatest duets of all time.
Buy Now

Bjork and Thom Yorke, "I've Seen It All" - Another team-up by superstar alternative rockers

I've Seen It All is a song by Icelandic singer Bjork and features vocals from Radiohead lead singer Thom Yorke. It was released as the first promotional single from the Lars Von Trier film "Dancer in the Dark" soundtrack, Selmasongs. See the video below. 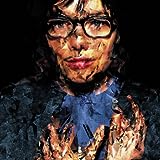 I've Seen It All
The song is the theme for the Lars Von Trier movie "Dancer in the Dark" which Bjork stars in. She was nominated for an Academy Award the following year, the ceremony in which she first appeared in her famous swan dress.
Buy Now

Natalie Merchant of 10,000 Maniacs teamed up with old flame REM's Michael Stipe at the MTV inaugural ball for Bill Clinton in 1993 to sing, among others, the classic theme To Sir, with Love from the 1967 film of the same title. Gives me goosebumps every time. Watch it here.

Campfire Songs: The Popular, Obscure & Unknown Recordings
"To Sir With Love", the duet with Michael Stipe appears on this album along with many other classic 10000 Maniac hits and covers of popular alternative songs from the 80s like Morrissey's "Everyday Is Like Sunday". A must-have if you were a fan of alternative music from that era.
Buy Now

The Pogues and Kirsty McColl, "Fairytale in New York" - A must-have Christmas duet.

Fairytale of New York is a Christmas song by Anglo-Irish folk-rock group The Pogues featuring the late British singer Kirsty MacColl. The song is an Irish folk style ballad, written by Jem Finer and Shane MacGowan and is featured on The Pogues' album If I Should Fall from Grace with God. The song features string arrangements by Fiachra Trench. It is frequently voted the Number One Best Christmas song of all time in various television, radio and magazine related polls in Ireland and the United Kingdom. Watch it below. 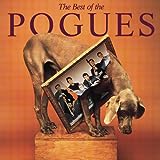 Fairytale of New York (feat. Kirsty MacColl) [Explicit]
"Fairytale of New York" was released as a single in 1987 and reached #1 in the Irish charts and #2 in the British charts, over Christmas. The song has become a festive classic in the UK and Ireland over the years, and was voted the best Christmas song of all time three years running in 2004, 2005 and 2006 in polls by music channel VH1 UK, despite not achieving Christmas Number One when it was released.
Buy Now

A selection of newer songs, all from the alternative and indie music genres.

Ben Folds featuring Regina Spektor, "You Don't Know Me" - A pleasantly surprising team up, a fun, bouncy song and a really funny video.

You Don't Know Me is a single from Ben Folds' third studio album, Way to Normal and features Regina Spektor on vocals, along with Ben Folds.

The official music video, directed by the comedy team of Eric Wareheim and Tim Heidecker, features an unhappy couple played by Eric and Tim themselves. Ben Folds, drummer Sam Smith and bassist Jared Reynolds are shown performing the song while Regina Spektor only appears in it via a "singing" photo of herself. Josh Groban also makes a quick cameo appearance in it, watch out for it.

The Smithereens featuring Suzanne Vega, "In A Lonely Place" - A breathtaking duet by stellar 1980s musicians that tugs at the heartstrings.

In a Lonely Place is a track from New Jersey rockers Smithereens' first full-length album Especially For You, released in 1986. The song, a beautiful ode to a lost love features vocals by Pat DiNizio and backing vocals by Suzanne Vega.

The title and lyrics to the song were inspired by and adapted from the 1950 film of the same title, starring Humphrey Bogart and directed by Nicholas Ray.

I was born the day I met you,

Lived a while when you loved me

Died a little when we broke apart.

I first heard this song when I was a teen in the late 80s. It touched me back then and it still moves me up to now. Watch the (timeless) video below.

Birds and Bees is from Aussie rocker Ben Lee's sixth album, Ripe. Mandy Moore guests on this track and according to Ben, "Mandy was very sweet and did her best Olivia Newton-John for me. I'm really psyched about this recording." (Wikipedia)

The video below is a live performance of the song, performed by both Ben and Mandy in one of the concerts for Kelly Clarkson's "My December" Tour.

This lens belongs to

The Indie Rock Playlists for Any Occasion Lensography. Go back by clicking on the link.

If you know of any other great alternative music or indie rock duets, feel free to suggest them here.

Which alternative rock or indie duet is your favorite? - Tell me right here.