|-o-| RAMBLINGS OF A SITH LORD

Greetings loyal Imperial subject! Despite the continued oppression by the guerilla upsurgents known as the New Rebellion, we persevere to bring you all the information you need... welcome to another edition of TK-421! 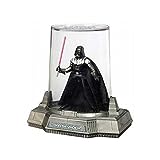 Ladies and Gentlemen of the class of '00... Embrace the Dark Side. If I could offer you only one tip for the future, The Dark Side would be it. The long-term benefits of The DarkSide have been proved by the Dark Lords of The Sith, whereas the rest of my advice has no basis more reliable than my own meandering cruelty and conquests. I will dispense this advice now... Enjoy the power and beauty of your planet. Oh, nevermind, you will never understand the power and the beauty of your planet until after the Empire has destroyed it in a futile attempt to find the Rebel Base. But trust me, in twenty years, you will look back at photos of your home and recall, in a way you can't grasp now, how blissfully ignorant you were, and how fabulous your planet really looked before it was a pile of burning space rubble. Your planet is not as dull as you imagine.Don't worry about the Rebellion - or worry, but know that worrying is as effective as trying to make the Kessel run in a landspeeder. The real troubles in your life are apt to be things that never crossed your twisted mind. The kind that fire a direct hit into your reactor core at 4 PM on some idle Tuesday.Do in one Death Star officer every day.Scheme.Don't disobey the Emperor's orders; don't put up with people who disobey yours.Hate.Don't waste your time on Stormtroopers. They can't hit the broad side of a barn.The battle is long and in the end, it's only with yourself. And your idiot son.Remember your loyalty to the Emperor; ignore the whinings of your bratty upstart farmboy of a son. If you succeed in doing this, tell me how.Keep your old lightsaber, but change your costume slightly with every sequel.Destroy.Don't feel guilty if you have no misgivings about joining the Dark Side. The most interesting people I know didn't have any respect at 22 for their victim's lives. Some of the most interesting 40-year olds I know still don't.Have plenty of minions.Be kind to your right hand, you'll miss it when it's gone.Maybe you'll marry, maybe you won't. Maybe your son will join you, maybe he won't. Maybe you'll convince your daughter to become a Dark Jedi and assist you in your campaign of hatred and destruction; maybe she'll become a rebel leader and marry a scruffy-looking nerf herder.Whatever you do, don't congratulate yourself too much, or berate yourself either. Your destiny is guided by the Force. So is everybody else's.Enjoy the Force. Exploit it every way you can. Don't be afraid of it or what other people think of your "sorcerer's ways." The ability to destroy a planet is insignificant next to its power.Kill. Even if you have no one to kill but a meaningless extra.Listen to what the Emperor has forseen, even if you don't follow his prophecies.Do not take your mask off, it will only make you feel ugly. And vulnerable.Get to know your parents. You'll never know when they'll turn out to be your arch enemies.Be nice to your siblings. They are your best link to your Jedi lineage and the ones most likely to become Jedi in the future.Understand that lackeys come and go. But with a precious few, you should keep from crushing their tracheas. Work hard to bridge the gaps in geography and lifestyle, for as the more desperate you become, the more you will need to send bounty hunters to do your dirty work for you.Live on Dagobah once, but leave before you get foot rot.Live on Tattooine once, but leave before you get heat stroke.Travel. Preferably in your own custom TIE Fighter.Accept certain inalienable truths: rebellions will rise, the Imperial Senate will have to be disbanded, you too will get old. And when you do, you'll fantasize that when you were young, rebels were easily crushed, the Imperial Senate was subservient, and citizens respected their Emperor.Respect your Emperor.Don't expect your son to rule the galaxy with you. Maybe he'll give in to his anger, maybe he'll strike you down, but you'll never know when he'll whine pleadingly and you'll find yourself turning to the Light Side and saving his sorry butt.Don't strike down your old Jedi Master, or he will become more powerful than you could possibly imagine.Be careful whose advice you buy, but be patient with those who supply it, or I'll crush your throat. Advice is a form of nostalgia.Dispensing it is a way of fishing your humanity from the depths of sin, wiping it off, putting black body armor over the mechanical parts and redeeming it for more than its worth.But trust me on the Dark Side.©2000 MyShadowStar

Last issue, we ran a 'Star Wars Name Generator' Here are some of the names we got... they all sound like bounty hunter scum to me.

Ramblings Of A Sith Lord

Welcome back, faithful minions...this week we will explore yet another of George Lucas's interesting myths. In his slightly succesful propaganda film, The Return of the Jedi, Mr. Lucas would have you believe that a bunch of cute and cuddly teddy bears singlehandedly defeated a division of the Empire's finest stormtroopers. Well, I looked into this fallacy and learned a couple of disturbing facts.

Fact #1: Ewoks are not cute and cuddly. Although they are portrayed that way in the film, we have learned that they are the furthest thing from. Sources inside the New Republic inform us, and Mr. Lucas's film confirms this, that prior to their attack on the shield generator, the Rebel commando team was ambushed by the ewoks. They were captured and transported to the the savages home base, where they were to be converted into a festival dinner. By the Sith, do these creatures seem cute and cuddly? No, more appropriate 'c' words are cannibalistic and carnivorous.Fact #2: There was not a division of stormtroopers on Endor. Sadly, the Emperor (May the Sith bless his soul) underestimated the Rebel Alliance. There was at most a dozen stormtroopers present on Endor, as we can see from the following interview.Sith Lord: So, again, this time for the holonet recorder. How were you ambushed by the ewoks?Stormtrooper #1: Well, our division [a sigh followed by a loud smack is heard], er, our squad of, uh, 10 stormtroopers were attacked by the rebels and the ewoks. In the first seconds alone we lost 30...[a sigh followed by the humming of a lightsaber is heard]...er, 3 stormtroopers. Then I ordered PT-376 to take a couple of squads [the humming of the lightsaber changes pitch and a scream is heard, followed by a loud thump]Sith Lord: Let's talk to another stormtrooper, whose memory may be a bit clearer.Stormtrooper #2: Uhm, yeah. There were ten of us. All alone on the moon. Uhm, they attacked us and tried to...tried to eat us, yeah, that's the ticket...can I be dismissed?[end of holonet recording]So, we can see from eyewitness testimony that our poor peacekeepers were trapped on the moon of Endor with those horrendous cannibals.Join us next time, as we learn some interesting facts about the most overrated bounty hunter who ever graced the deck of an Imperial Star Destroyer... Boba Fett.

This is the page for another newsletter, Rebel Pilot.

The site loads quickly, and is navigable. There is a nice amount of content here, pretty much the same type of thing you would look for in the newsletter. The humor is funny (for the most part, anyway), and original to the site, as are the song parodies.

There is nothing more annoying than finding a site full of the same humor and art as the last site. Now, the reason this site garnered a place in my favorites folder was the ASCII art. I love ASCII art. Star Wars ASCII art is hard to come by, on the increasingly graphic-intensive internet. Good ASCII is even harder to come by. This site has good ASCII. There is everything from small, cute, one-line ASCII, to big page-spanning ASCII. The fact that one can create such detailed pieces with nothing but characters on the keyboard is mind-boggling.

Everybody loves freebies and seeing as we're all Star Wars fans here's something of particular interest. starwars-clipart is a regular egroup that posts free clip-art to it's subscribers.

By sending a blank email to starwars-clipart-subscribe@yahoogroups.com you are automatically placed on the list. Some of the clip-art illustrations are original work by our own Imperial Illustrator RebelPilot. Some is converted scans of b&w line art from Star Wars comics and coloring books. The great thing about clip-art is it's a vector graphic. So it can be stretched and resized without losing picture quality. Sign up NOW (starwars-clipart-subscribe@yahoogroups.com)

Later this week there'll be a posting of a South Park style Stormtrooper. Get him while he's hot!

One World One Release

www.starwarsnews.de/release1700+ people have signed the on-line petition calling for Star Wars Episode II to be released on the same day all around the world. If you're one of those unfortunate souls who had to wait 1, 2, 4 or more months after Episode I opened in the US, then point your browser to the above web site and sign the petition.

Speaking of next issue...we have a special treat for you coming soon! We will be interviewing a MAJOR Star Wars author! TK-421 had a chance recently to sit down with the man who killed...well we're not going to say who he is or who he killed, but read the Star Wars book New Jedi Order: Vector Prime before our next issue. You won't be disappointed!

Special thanks goes out to our newest contributors: Steven Randolph, Anakin Solo and the mysterious MyShadowStar!

And thank you to all the readers who were curious enough about the new editor to visit his webpage--> http://ardilla.freeshell.org and if you didn't visit it, go there now =)

Forward this latest issue of TK421 to your friends. You can even forward it to your enemies! Even if they are Rebel Scum. Get them to check out the temporary site at http://www.geocities.com/imperialemployee it will soon have details where to check out the fully armed and operational website which is looking good so far.

If you've got any suggestions for this zine (or the upcoming website) then contact any of the people listed below.

In The Empires Service

JOIN US by emailing an empty message to tk421-subscribe@yahoogroups.com

TO DEFECT (stop getting this ezine) send an empty message to tk421-unsubscribe@yahoogroups.com

Copyright Disclaimer: Lucasfilm Ltd owns all rights and trademarks to Star Wars™. TK421 is a fan created ezine interested in only parody and news reporting. TK421 is not associated with or controlled by Lucasfilm Ltd or any of it's subsidiaries.