The Jack Bull - A Movie

The Jack Bull is a Western Starring John Cusack

Not everyone knows a steadfast idealist such as Myrl Redding in The Jack Bull; a man who will go to extremes, or who will drudge through a situation to the very end. Some people would think, "I can't be worried about that." "Forget it, let it go," some might say. That is not the case in The Jack Bull starring John Cusack.

A person like that would drive me crazy, nonetheless individuals who display steadfast traits can be heroes. TV magazines give us stories about determination. Newspapers, blogs and the Internet are good sources for the "stick to it" stories and the "finish what I begin" resolve.

Hollywood movie plots use this scenario endlessly. I like these kind of stories because they convey the human in us. Sometimes the stories have sad endings because events do not always turn out so well.

Plot of The Jack Bull

I will keep this short. Watch it to get all the good details.

In Jack Bull John Cusack is Myrl Redding a struggling western rancher and family man in the Wyoming territory before it became a state. Everyone in the territory is working hard to make their lives and families comfortable in this almost lawless land.

Myrl Redding wants an underhanded injustice corrected. The wealthy landowner, Henry Ballard, is too proud to admit that his hired hands have mistreated Redding's horses, left as a toll to cross his land. A feud with tragic results holds your interest till the very end of The Jack Bull.

If I remember correctly the end or the beginning of the film says based on a true story. The "true story" takes place in the 16th century and there was no Myrl Redding in Wyoming. The film is based on The Legend of Michael Kohlaas, a novella. This legend was made into a film in 1969 and a newly released 2013 French film.

Amazon Editoral of the DVD

The Jack Bull
Use this link to read the Amazon editorial review of the DVD and one of the 5* customer reviews Jack Bull received.
Buy Now

A Movie About a Determined Man

Forrest Gump was a movie of a determined man that was enjoyed in the nineties.

The Jack Bull also is out of the nineties. I caught it one night surfing the channels for something to watch several years after its TV release. It is an HBO release. The new revisionist westerns are a favorite of mine. My first school research paper was on the settling of the American West.

I am just drawn to the subject, but no doubt about it, I will not pass up John Cusack films.

Back to Our Movie

Have you noticed that Joan is in many of her brother's movies? For The Jack Bull it is John's father that writes the script. The idea was inspired by the novel "Micheal Kohlhass" by Heinrick von Kleist written in 1811. "Micheal Kohlhass" is a different time and country, 16th century Germany, but it is a story about horses, revenge and justice.

Dick Cusack did a very good job of adapting the plot into the American west. The events ring plausible and the characters authentic. Costuming looks natural. Maybe the Ballard character was a bit flashy at first.

At the end of the film I thought it was a real story about a ranger in Wyoming and an actual boy who loses his parents. If you want a journey into the old west this movie is it. 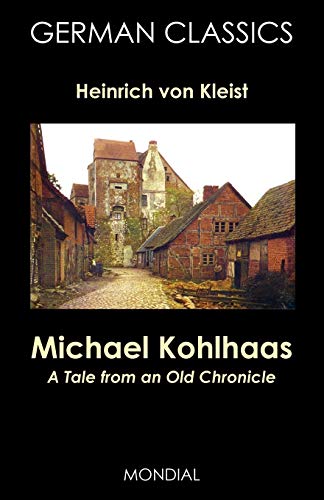 10 Fun Facts About The Jack Bull

What do you think of John Cusack or the movie The Jack Bull ?