Jaime Brockett (pronounced "Jamie") is a memorable and uniquely stylish New England folksinger. As the Boston Globe described him, Jaime is a "hard-core, unregenerated folkie."

His popularity soared, as a recording artist and performer, starting in the 1960s, when his version of Legend of the U.S.S. Titanic became an overnight classic. Despite the song's length -- over three minutes, an extraordinarily long recording for that era -- radio stations made time to play it anyway.

Into the 21st century, Jaime continues to entertain audiences -- many of whom will drive long distances for any Jaime Brockett concert or performance -- with his dry wit, clever observations on life, and his consistently rich music. (Rumors of where Jaime is and what he's doing, surface infrequently at Yahoo Group created by Jaime's fans.)

Skilled in many of the musical instruments he collects, Jaime may be best known for his talents with guitar, banjo and dulcimer, but he can eke a sweet sound out of almost any string instrument.

Jaime Brockett may not be a household name, but to those who've had the pleasure of hearing his music -- live or recorded -- Jaime's an instant legend.

Jaime Brockett grew up in Grafton and Westboro, Massachusetts. In 1969, he achieved almost instant fame with "The Legend of the U.S.S. Titanic." That popular song is Jamie's rambling, 13-minute version of a Leadbelly classic, co-written with Chris Smither.

Today, Jaime lives in a picturesque corner of New England, collects vintage guitars, and nods at armadillos as he passes them en route his next concert.

Jaime has always filled his movie (aka, his life) with adventures, great music, witty dialogue, and clever observations. He sees his life through sunny yellow lenses as he roams from one coffeehouse or club (and grateful audience) to the next.

Jaime is well-respected as a musician since he made his mark on folk music in the late 1960s. His first album, Remember the Wind and the Rain, attracted loyal fans who -- more than 30 years later -- sometimes drive hundreds of miles for one of Jaime's performances.

Jaime's music has evolved far beyond "The Legend of the U.S.S. Titanic." In his 21st century performances, Jaime's original observations are as appreciated as his songs.

Jaime Brockett is a folk music icon, an entertainer on- and offstage, and he's still legendary for his sizzling, pan-fried steaks. 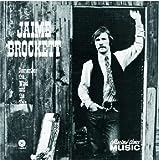 Remember the Wind & The Rain
The original recording and still among the best of the 1960's folk music scene. I'm pretty sure the cover photo was by Linda Eastman, who later married Paul McCartney... but I could be wrong about that.
Buy Now 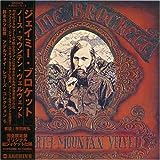 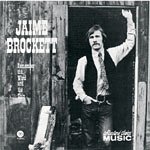 Remember the Wind & the Rain
Boston folkie Jaime Brockett became an underground radio sensation with his epic ballad 'Legend of the U.S.S. Titanic', which updated the old Leadbelly song about how black prizefighter Jack Johnson had been denied passage on the Titanic because of his race to offer an, er, alternative explanation as to why the ocean liner sank (the captain and first mate were high from smoking hemp rope)! Now, we dont want to accuse our customers of illegal activities, but apparently a fair minority were at the...
Buy Now 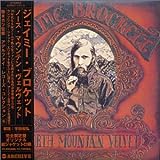 North Mountain Velvet
Boston folkie Jaime Brockett became an underground radio sensation with his epic ballad 'Legend of the U.S.S. Titanic', which updated the old Leadbelly song about how black prizefighter Jack Johnson had been denied passage on the Titanic because of his race to offer an, er, alternative explanation as to why the ocean liner sank (the captain and first mate were high from smoking hemp rope)! Now, we dont want to accuse our customers of illegal activities, but apparently a fair minority were at the...
Buy Now

I met Jaime in 1969, when he performed at Colby-Sawyer College, then called Colby Junior College (New London, NH). I was a freshman, working backstage in the theatre department.

Jaime was among my idols, and I'd practically worn out my copy of his first album. So, my expectations were very high when I heard he'd be in concert at my college.

However, Jaime's cover photo on the album had made almost as great an impression on me as his music. Since Jaime was tall enough to almost fill the doorway in that photo, I figured he was at least six feet tall. Since I'm taller than most women, height was important to me in those days.

According to friends, I'd be a terrible poker player, because -- when Jaime arrived for his concert at Colby -- they say that my face fell a few hundred feet. Jaime was approximately the same height as me. Instantly, I viewed him as "just another performer." In retrospect, I think I was flat-out rude to him.

However, Jaime's charm, persistence, and lots of phone calls gradually won me over.

We dated briefly, when he was living in a winter rental in Hampton Beach, NH. I remember his prank calls to radio DJs he knew. Of course, those calls were always while the DJs were on the air. Jaime had a twinkle in his eye and a relentlessly mischievous sense of humor. One DJ was not amused, but the rest seemed to take the calls in stride or even enjoy them.

Later, after I left college and moved to Boston, I continued to see Jaime. One night, when his friend J. Geils was performing in a free concert at Boston Common, Jaime and I were among the few who stood in the pouring rain to hear the music... until Jaime convinced J that the prospect of electrocution suggested ending the concert early.

What I remember about that -- and other musicians Jaime introduced me to -- was the close bond among those who really respected the music. It wasn't about electric vs. acoustical... it was simply about the sound and the skill of the musicians.

I also recall a funky little hamburger joint in Back Bay Boston, where the burgers were juicy and delicious and ridiculously inexpensive. (Local rumors claimed it was a money laundering shop.) Jaime and I ate there several times, after he parked his VW van in a no-parking zone and shoved several parking tickets under the windshield wiper.

Every time I saw Jaime, I knew I was in for a colorful adventure. Just thinking of those days, I'm smiling. It was a different time, a different place, and a whole lot of fun.

Jaime and I drifted apart, gradually and amiably. There were no fights... he was just on the road most of the time, and my life took me in a different direction.

In the early 1990s, I saw Jaime at the Press Room in Portsmouth, NH. If Jaime recognized me, he didn't say so. That may have been his nod to discretion, as I was with my husband. (To be fair, I was probably one of many slender young women whose eye Jaime caught in a more casual era, and by the 1990s, I didn't look much like that girl.)

Jaime's music was as sweet as ever, and his banter and stories between sets... well, they were 100% pure and original Jaime Brockett.

I've seen mention of his New England home -- a different location from where I recall him buying a house in the 1970s -- but I'm not sure where he is now. In my mind, he's somewhere on the road, entertaining and delighting audiences who don't expect so much talent from such an understated guy.

Jaime Brockett is a unique and talented musician, and those of us who've heard him perform will always smile at the mention of his name.