Fancy living with the most beautiful ghost in the world?

Jennifer Slept Here is an American fantasy sitcom series that ran for one season on NBC from October 21, 1983 to September 5, 1984.

In the series, award-winning actress Ann Jillian played Jennifer Farrell, a once-popular movie actress who made the unfortunate mistake of chasing an ice cream truck near her Los Angeles, California home. When the ice cream truck accidentally backed up, it ran her over, killing her. A few years later, the Elliot family from New York City moved into Jennifer's home. Hilarity ensues as only the teenage son Joey, played by John P. Navin, is the only one able to see her while the rest of the family could not.

I loved watching this short-lived series back then and have been wanting to see episodes again. Unfortunately DVDs of the show have not been released but thankfully, we can watch it online. If you're a fan of the series as well, do stay with me 'til we get to the end of the page.

I am honored to say that this Squidoo lens has been awarded a Purple Star on April 2, 2010. Learn more about the Purple Star Program by clicking on the link.

The opening credits of "Jennifer Slept Here" - Relive the 80s with this classic.

"I just saw the most beautiful ghost in the world... she slept here!" That song sure brings back a lot of childhood memories. This TV series somehow made me overcome my fear of ghosts as a child. Play the opening credits and relive those good old days.

The story behind the series was that Jennifer "haunted" the Elliot house to mentor and befriend the family's teenage son Joey, who was the only person to whom she made herself visible to. Naturally, Joey had a hard time convincing his family and friends of Jennifer's ghostly existence. They would refuse to believe Joey's claim and often concluded that Joey needed psychiatric or other help. In one episode, they hired a phony exorcist (played by Zelda Rubinstein in a parody of her Poltergeist character Tangina Barrons) to rid the house of Jennifer's spirit by capturing it in a jar. Ironically, the exorcism was successful. Jennifer often caused Joey more trouble than he could handle. In one episode, Jennifer poured a pitcher of milk over George after he'd scolded Joey for asserting Jennifer's spirit still existed. No matter how sticky the situations got, Jennifer and Joey always found ways to prevail.

Read more information on the show from the following websites:

The cast of Jennifer Slept Here

The show was produced by Columbia Pictures Television. The series theme song was written by series star Ann Jillian, Clint Holmes, Joey Murcia, and Bill Payne, and was performed by Joey Scarbury.

Ann Jillian is a three-time Emmy Nominee and Golden Globe-award-winning actress (she won the Best Actress Golden Globe for her TV movie, The Ann Jillian Story (1988) (TV) which was the highest-rated television movie of the 1987-88 season). In 1985, at the age of 35, Ann was diagnosed with breast cancer and underwent a double mastectomy. She battled the disease courageously and successfully.

She gave birth to her first child, a son, Andrew Joseph Nauseda H. Murcia, on February 3, 1992.

Future husband (and then-policeman) Andy Murcia pretended to be gay when he and Ann first met, so she wouldn't think he was just another man trying to pick her up.

As of today, Ann continues her work as a motivational speaker. Find more information on AnnJillian.com

Can't get enough of Ann?

The Ann Jillian Story
Ann Jillian stars in the story of her life - from the beginning of her career as a child actor through her courageous bout with breast cancer. She earned a Golden Globe for Best Performance by an Actress in a Mini-Series or Motion Picture Made for TV in this role.
Buy Now 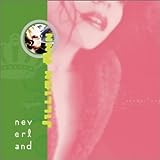 Neverland
Jillian Ann is a creat-a-holic. Jillian Ann had an impactful independent film career, an interesting modeling career (that took her all over the world) and now, like a colorful songbird, sitting on a rickety branch, in the middle of all the seasons at once, Jillian Ann has launched herself into the world of music. Releasing, Neverland, via Emperor Penguin Recordings, Jillian Ann gives a unique gift to the world. A glittery, sparkling gift that only she can give. A complete package of wondrous sounds, visions and thoughts.
Buy Now

John P. Navin Jr. who played Joey Elliot in Jennifer Slept here is well known for his roles in the 1981 drama film Taps and the 1983 movie Losin' It, in both of which he co-starred with Tom Cruise. He also starred in National Lampoon's Vacation as Cousin Dale.

He has made guest appearances on the television shows The Facts of Life, Gimme a Break!, Silver Spoons, Cheers, and Double Trouble. He has the honor for being the first patron on Cheers, appearing as a teenager who presents a fake I.D. to try to get a drink. The last movie he appears to have been in is Class of '61 in 1993.

Mya Stark, also known as Mya Akerling who played Joey's little sister Marilyn in the series apepared in several TV series after her stint on Jennifer Slept Here, including Webster, The Greatest American Hero, Max Headroom and The Wonder Years. Since then she has gone on to write and direct films and is currently the editor-in-chief at Mean Magazine.

Georgia Engel who played Susan Elliot in the series had a recurring role on Coach as Shirley Burleigh and starred as the voice of Love-a-Lot Bear in The Care Bears Movie in 1985 She was also seen in the recurring role of Ezmeralda the good witch on the NBC soap opera Passions.

Engel received consecutive Emmy nominations as outstanding guest actress in a comedy series in 2003, 2004, and 2005 for her role on Everybody Loves Raymond as Robert Barone's mother-in-law, Pat MacDougall. She later returned to her stage roots and in recent years, has been appearing at The Muny Theater in Forest Park in St. Louis, Missouri.

Brandon Maggart who played George Elliot in the series was also a cast member of the groundbreaking Showtime original comedy Brothers, where he played Lou Waters. The show was on the air from 1984 to 1989. For his role on Brothers, Maggart was nominated for two Cable ACE awards (for Best Actor in a Comedy Series) in 1985 and 1987, following the show's first and third seasons, respectively.

Maggart has children who are also in the business: Spencer Maggart (also known as Brandon, Jr.) is now a writer/director, and Garett Maggart has been a well-known TV and movie actor for many years, at times working with Brandon on some projects. Amber is better known in show business as cabaret singer Maude Maggart, and Fiona, as singer Fiona Apple.

Glenn Christopher Scarpelli who played Joey's friend and neighbor Marc is best known for his 1980-1983 role of Alex Handris on the long-running television situation comedy One Day at a Time. Scarpelli's other television appearances include 3-2-1 Contact, Steven Spielberg's Amazing Stories, MacGyver, The Love Boat, and Fantasy Island.

He released at least one musical album of songs, one of which was entitled "Get A Love On".

Scarpelli currently lives in Sedona, Arizona, with his boyfriend, Jude Belanger and has been the CEO of the Sedona Now Network since 2003.

Your thoughts on the lens are most welcome too.