Just Go With It Movie Soundtrack

Music & Songs From Just Go With It Movie Soundtrack

Once bonafide box office draws, Adam Sandler and Jennifer Aniston have been on shaky ground as of late with lame scripts and weak movie plots. Just Got WIth It is part of the questionable movie pack. In 2013 for Sandler, it's Grown Ups 2 and we're waiting to see if Aniston's We're the Millers is lame fare as well. However, Sandler has a chance to turn things around with his next movie project with Drew Barrymore in Blended which is currently filming for a 2014 released.

Over 43 songs are included on the Just Go With It Movie Soundtrack packed with multiple songs from Sting & the Police as well as music from Snow Patrol, B.O.B., Madcon, N' Sync, Billy Joel, the Bee Gees and more. Plus what's a movie set in Hawaii without The Beach Boys and Hawaiian music by Hapa and Ledward Ka'apana.

Take Rihanna's Umbrella & mash-up with General Public's Tenderness for Tender Umbrella, the fun remix used as the Song In the Just Go With It Trailer that is surprising because it's recognizable yet you can't instantly put your finger on it.

Remixed by Party Ben, Tender Umbrella is just one of the current song mash-ups with Rihanna's umbrella. Another great song is Gwyneth Paltrow on Glee singing Umbrella with Matthew Morrison Singing in the Rain.

The romantic comedy Just Go With It starring Adam Sandler and Jennifer Aniston is a mash-up of rom-com set-ups. Guy pretends he's married to catch a girl. Catches a girl now has to pretend he's a married guy getting a divorce. It's hard to believe Aniston is playing his plain Jane assistant that he's overlooked all these years. But then when Aniston has to vavoom herself up, it's not hard for Aniston to step out from her Cinderella lab coat.

Before We're the Millers, this was Jennifer's first fake family comedy. Even though she's not yet a Mom herself, she easily transitions into the role. Her wardrobe in this movie included some beautiful dresses including a smashing shift and killer heels while her look in her latest movie seems to be a lot of Mom capris and sleveless collared tops not to mention all the less than there outfits that are strategically designed to give her maximum coverage with minimal material for her alter ego as an exotic dancer.

In case you missed it when it came out in theaters, here's a chance to see Jennifer with her fiancée Justin Theroux in the movie Wanderlust which is now out on DVD. The handsome Washington, D.C. bred actor met the former Friends star on the set of the comedy in 2011 and got engaged shortly after in 2013. While the movie was a bust, we're wishing Jenn the best of luck in heading down the aisle. We're keeping our fingers crossed for a wedding this year and the tabloids are definitely on high alert for any possible baby bump anytime Aniston steps out in billowy cover-up dresses.

For 2013, both Jennifer and Adam have summer releases. Aniston is starring with her Horrible Bosses co-star Jason Sudeikis in addition to Ed Helms and Julia Roberts niece, Emma Roberts in We're the Millers coming out August 9, 2013. Sandler returns with Grown Ups 2 co-starring his buddies Chris Rock, Kevin James & David Spade which comes out July 12, 2013.

Just Go With It Movie Poster

Additional Songs in Just Go With It

Here are additional songs in Just Go WIth It that I could not find MP3 downloads to preview.

"Incomplete without You" - The After After Hours

"Stars in the Morning Sky" - Hapa

"Every Breath You Take" - Jake Shimabukuro

Music in Just Go With It Soundtrack - Source: IMDb.com

With the movie set in Hawaii, some of the featured artists for the luau and other scenes in this tropical paradise include "My Sweetheart" by Ledward Kaapana, "Aloha Ia O Waianae" by Ledward Ka'apana, "Fishing For Love" by The Hawaiian Beach Band, "He'eia" by Hapa, "Lovely Hula Hands" performed by Hapa (as HAPA) and Ledward Kaapana and The All Star Hawaiian Band and "Kaulana O Hilo Hanakahi" by Herb Ohta.

Click on the CD or song title to preview songs from Just Go With It.

From Sting's discography there are the songs "So Lonely", "Love is the Seventh Wave", "You Still Touch Me" and "Next To You". 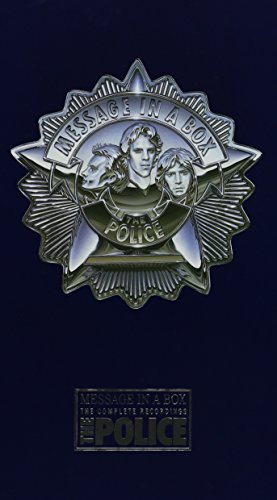 Message In A Box: The Complete Recordings [4 CD Box Set]

Tribute to Notorious B.I.G. In 1997, Puff Daddy performed live with Sting and Faith Evans at the MTV Awards.

I wear a wedding ring to pick up chicks.

Did you know Just Go With It is loosely based on the 1969 flick "Cactus Flower" starring Walter Matthau, Goldie Hawn and Ingrid Bergman with Aniston subbing in for Bergman and Brooklyn Decker for Goldie Hawn.

"You Gotta Slow It Down" - Botox Guy Scene

Just Go With It B-Roll - Behind the Scenes Footage

The lies only get bigger. Adam Sandler with his "ex-wife and kids".

I have to tweet this to all my friends. Oh gosh, I forgot you're fifteen.

I Now Pronounce You Chuck & Larry

"I Now Pronounce You Chuck and Larry", joeclark, flickr.com

Just Go With It was released prior to Valentine's Day on February 11th, Jennifer Aniston's Birthday

Sandler plays Andy Samberg's estranged father who had him as a kid when he had relations with his grade school teacher. Yup, that's the premise behind That's My Boy -- no more wacky, I suppose, than say dressing up as your own twin sister.

The Bounty Hunter Soundtrack
Jennifer Aniston should fire her manager or agent. According to the buzz on the 'net, Aniston, does not have the knack of picking movies which will showcase ...

Just Go With It Grosses Over $213 Million Worldwide

It's hard to imagine Aniston as the ugly duckling. But I guess it's all about suspension of disbelief so it's no real surprise when Sandler's supposedly mousy, overlooked assistant turns out to be transformed into vavoom and then he's all surprised in Just Go With It. What do you think of the movie and Just Go With It Soundtrack?