The art of fantasy made real is what Kate Bush is about,to me anyway. If you have never seen one of her UTubes, (check one out below) you will see she is truly an amazing fantasy goddess and a true fantasy art woman!

I am sure that Sarah Brightman as well as so many others must be effected by the performances of Kate Bush, I am when I dance on the beach or in my yard or in a park. Who could or would blame anyone? Not me! I confess to having practiced many a song of Kate Bush's, inside my head at least, or when I am all alone free in my living room with her music blasting away. Ahh I just adore it!

Taken under the wing of Pink Floyd's David Gilmore as a younger performer her career has been noteworthy.

The fantasy art goddess sings and performs below on this page.. ya ya babooshka! ya-ya! 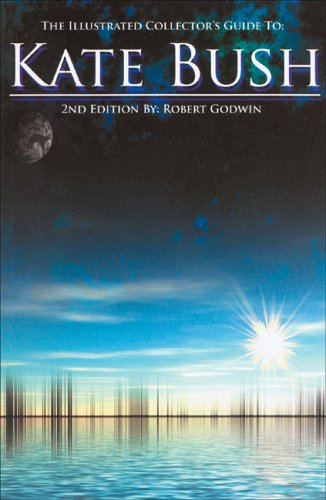 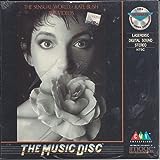 Kate Bush was born 30 July 1958, English singer, songwriter, musician and record producer. Her style is eclectic She was signed by EMI at the age of 16 after being recommended by Pink Floyd's David Gilmour who took her under his wing so to speak. In 1978, at age 19, her dbut song "Wuthering Heights" topped the UK charts for 4 weeks and made her the first woman to have a UK number one with a song she wrote for herself to perform.

In 1980 she released her album Never for Ever, which made her the first female British singer to top the UK album charts. In 1987. She released eight albums, three of which topped the UK album charts, and had UK top ten hit singles with "Running Up That Hill", "King of the Mountain", "Babooshka", "The Man with the Child in His Eyes", and "Don't Give Up".

She has also been nominated for three Grammy Awards.

Out on the wiley, windy moors

Wed roll and fall in green.

Too hot, too greedy.

How could you leave me,

When I needed to possess you?

I hated you. I loved you, too.

Bad dreams in the night.

They told me I was going to lose the fight,

Leave behind my wuthering, wuthering

Ooh, it gets dark! it gets lonely,

On the other side from you.

I pine a lot. I find the lot

Falls through without you.

Cruel heathcliff, my one dream,

Too long I roam in the night.

Im coming back to his side, to put it right.

Ooh! let me have it.

Let me grab your soul away.

Ooh! let me have it.

Let me grab your soul away.

Turn on the music, go outside and dance!

Be a goddess of fantasy.

Feel the magic that is YOURS to live.

You do that and I will too, OK?

It is a deal then.. I don't care where you buy her cd, here or at the mall.. whatever, just make sure you do and that you decide this very second that that child inside of you needs to be allowed to breathe and dance and play.

The Fantasy Art of "Babooshka"! Ya ya!

In the spirit of Kate Bush by Kathy Ostman-Magnusen

when I am alone

I lust for you.

by the mere thought of having them

as my lovely lusty library.

I do what I can

to maintain our romance

a painting on our bedroom wall

doing what they planned

ideas I make lists of

my library of lust

a bit of hot sex

to those who ponder

the men who crave them

wanting to bring it all to you.

I confess that I am in fact

I will ward off any pleasure seeker

who thinks they can replace me

the competition of beautiful women

Your heart is mine

I have never felt competitive

on very many levels

my thirst and ache

will fight any battle that should arise

you give to me.

I am indeed your prisoner

you are my desired captive.

I intend to keep you busy.

Sometimes when I am alone

I think of other women

being the same as mine.

I tend to create new plans

the battle for your being thought out

till I get over feeling jealous of your eyes

falling on anyone's but mine.

I am not weak

so do not misconstrue

I know you know that

without those ideas leaving my lips.

I am the nude on our bedroom wall

considering how to make you want me.

how to give you ultimate pleasure.

My plan is to win any competition

within our quest to live out

IMAGE is of my sculpture "Bleeding Wings 5" 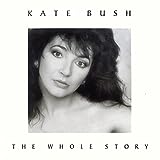 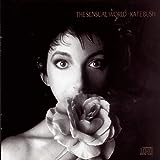 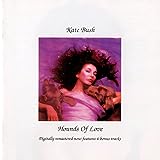 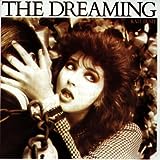 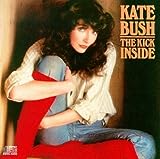 The Kick Inside
Buy Now

Babooshka alone makes me smile (lyrics and music below) I have sung to Kate Bush in my car, while painting, doing dishes, get the picture?

I adore Kate! She is an amazing performer. I have a couple of her DVD's because to hear her sing sometimes is just not enough. Her adventure into songwriting is amazing. Her songs are wonderfully inventive as is Kate Bush herself.

She wanted to test her husband.

She knew exactly what to do:

A pseudonym to fool him.

She couldn't have made a worse move.

She sent him scented letters,

And he received them with a strange delight.

But how she was before the tears,

And how she was before the years flew by,

And how she was when she was beautiful.

She signed the letter

She wanted to take it further,

So she arranged a place to go,

To see if he

Would fall for her incognito.

And when he laid eyes on her,

He got the feeling they had met before.

Reminds him of his little lady,

Capacity to give him all he needs,

Just like his wife before she freezed on him,

Running Up That Hill