German singer, Lena Meyer-Landrut, returned to the Eurovision Song Contest in 2011 to represent her home country with the song Taken By A Stranger.

Lena was the artist who sang the winning Eurovision song at the 2010 Contest, with Satellite becoming one of the most successful tracks the competition has produced.

Her return caused much chatter among the Contest's fans, as she became one of the few winning singers to take part for a second time, hoping to emulate Johnny Logan's two wins for Ireland during the 1980s.

Here, we trace Lena's career since her 2010 win and take a look at her song featured in the 2011 Eurovision Song Contest.

Germany had waited 28 years for only the country's second win when Lena took home the crown in 2010 with the song Satellite.

Her journey to the Contest final began when she participated in Unser Star für Oslo, a TV show specifically created to find Germany's representative at Eurovision.

The whole process comprised of several heats of competition over approximately five weeks, during which time she established herself as the favourite to win.

In the final, she was pitted against Jennifer Braun, where she sang three specially written songs, namely Satellite, Bee and Love Me. All three were later included on her debut album, My Cassette Player.

As well as becoming the favourite at her national final, Lena also went into the Eurovision final as a clear favourite.

The epithet was well founded, as on the night Satellite scored 246 points, securing an easy first place for Germany.

Lena Performs on Stage in Oslo 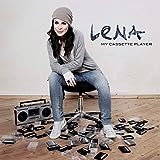 My Cassette Player was the debut album by Lena and includes her final three songs from the Eurovision German national final, one of which was the eventual grand winner, Satellite.

Other featured tracks are a cover of Adele's My Same and Ellie Goulding's Not Following.

2010: Touch A New Day: From the Album My Cassette Player

Lena: What A Man: From the German Movie of the Same Name

2012: Stardust: From the Album of the Same Name

2013: Neon: Featured on the Album Stardust

Lena returned to the Eurovision Song Contest in 2011 to defend her title on home soil.

This time around, instead of competing against other singers in a national competition, she was asked to present six songs which were voted upon by the public.

In mid-February 2011, Taken By A Stranger was selected as Germany's Eurovision entry and was performed at number 16 in the draw for the Final.

After voting was completed, Lena and her song ended the evening in 10th place with a total of 107 points.

It was later included on her second album, Good News.

Lena: Taken By A Stranger: 2011 Eurovision Entry For Germany

Check out Lena's competitors at

In my humble opinion, Dusty Springfield's hit songs have rightly been cited as among the best by any British female singer of her generation...

Many predicted that The Supremes of the 1970s would falter and fade away following the departure of Diana Ross in 1969...

Jackie Evancho, the 14-year-old YouTube and America's Got Talent sensation, blew both the audience and the judges away with her performance...

What Are Your Thoughts About Lena?