On January 30, 2011, just in time for Valentine's Day, Hallmark Hall of Fame released the movie The Lost Valentine starring Betty White and Jennifer Love Hewitt. Yes, another role for the prolific 88-year old White, this time in the form of a made-for-television movie.

The Lost Valentine is based on a book by James Michael Pratt called The LAST Valentine. The story is that of a reporter (played by Hewitt) who tells the story of a woman (played by White) whose husband was missing in action during World War II. The reporter helps the older woman locate her long lost love.

The Lost Valentine was filmed in Atlanta and was released as a CBS Hallmark Hall of Fame movie which meant that those of us who do NOT have the Hallmark Channel were able to view the movie when it was aired. Viewers of the movie were NOT disappointed. It was a perfect match, Hallmark Hall of Fame and a Valentine's Day love story. The storyline was great and yes, it was tear provoking. I particularly loved how they used red and red roses throughout the movie to tie things together.

On this page, learn a bit more about the movie and find out where you can buy your very own copy of Hallmark Hall of Fame's The Lost Valentine.

Click here to order your copy of Hallmark Hall of Fame's The Lost Valentine from Amazon.

"The Lost Valentine is super corny but White tugs at the heart," says USmagazine. That's what I expect of a Hallmark Hall of Fame Valentine's film. How about you?

The Lost Valentine Movie Trailer - This video trailer includes more information about the movie and its stars.

Fast Facts About The Lost Valentine

How many people do you think tuned into The Lost Valentine when it had its world premiere?

The Lost Valentine dominated the networks when it had its world premiere on January 30, 2011. It made CBC the network with the most viewers at 14.3 million and it was also the MOST-WATCHED Hallmark movie in four years.

Do you enjoy Betty White's roles?

How about Jennifer Love Hewitt's roles?

Buy Your Copy of The Lost Valentine from Amazon 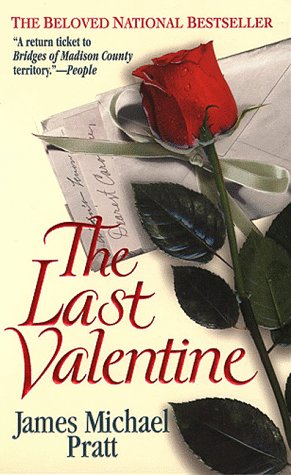 The story line in The Last Valentine is quite similar to the story in the movie albeit not exactly the same. I would say the basic premise is the same although it is set up a bit differently. If you enjoyed the movie, you might like to check out The LAST Valentine. Booklist says: "Get out your box of tissues, and rid yourself of all distractions because once you pick up this book, you will not put it down. Fans of The Notebook by Nicholas Sparks will enjoy this book."

"This book has a love story in it's purest form, without all the junk that sometimes clouds things. In it you see what true Love is, and it makes you hope. These are not the ramblings of some young love-sick girl, these are the words of someone who had lost faith in real, time-honored, make-it-through-at-any-cost love....this book restored that faith. A Thank you to Mr. Pratt for a novel that touched my heart."

Would you recommend the book, The Last Valentine?

What Hallmark movies would you recommend for Valentine's Day?