Love is Like a Butterfly--My Favorite Dolly Parton Song

I was a teenager when rock and roll came out, and not being allowed to play "that disgusting music" at home made me more keen! Still keen.

Dolly Parton Has Such a Light Lilting Voice

When she sings the words "Love is Like a Butterfly" she really does sound as though she is flitting around like a member of the lepidoptera family--a friendly butterfly. It makes me happy whenever I hear her little trilling voice with a smile in it--you can almost see that bright smile when you hear the melody.

It's definitely my favorite Dolly Parton song, and I never get tired of hearing it, even though I first heard it when it was released in 1974, nearly 50 years ago--when she was alreadycoming on the scene and becoming popular.

I remember driving up to Edinburgh in Scotland from London with my then-boyfriend in the mid-1980s, and we were playing this song on a tape over and over again as we drove through beautiful green countryside, passing leafy lanes and fields with cattle grazing and looking out over the fence as we went past. It made the ten-hour journey pass very pleasantly.

This Country and Western song, released in 1974, was the fourth of Dolly Parton's songs to reach No.1 in the hit parade, where it remained for several weeks. It was the title track of the album of that name.

Dolly Parton has written over 3,000 songs and gained numerous accolades for her work, including various Grammy Awards and Country Music Awards. She has also appeared in several popular films, including Nine Till Five, featuring her song of that name, which also became a hit.

Born in 1946, many of her songs reflect her background of childhood poverty, evangelical Christianity and folk music in the mountains of Tennessee. The song "Coat of Many Colors" is a good example of this.

I do think her appearance and dress-sense is a bit over-the-top, but her style is so exuberant that you still warm to her, and can overlook her excesses. She is famous for admitting this, commenting "It takes a lot of money to look this cheap." And, on her own admission, she has had plastic surgery for every perceived bodily imperfection (and I would say a few more besides) but, hey, that's show-business, and if that's what she wants to do, well, rather her than me!

You can enjoy more of my nostalgic music webpages here:

The two images of Dolly Parton shown below are from Wikipedia

Below Are Some Videos of Dolly Performing Her Songs

I think this is so sad, but my male counterparts think she's being a bit wimpy begging "Please don't take my man".

3. I Will Always Love You

Another sad one as they are breaking up

4. Coat of Many Colors

5. Just When I Needed You Most

A merry little song about working in an office

A Statue to Honour Her

In 2021 the state legislature of Tennessee were proposing plans to erect a statue of Dolly Parton outside the State Capitol government building in Nashville, but she asked them not to go ahead, stating in a Tweet "Given all that is going on in the world, I don't think putting me on a pedestal is appropriate at this time" but added that “I hope, though, that somewhere down the road several years from now or perhaps after I'm gone if you feel I deserve it, then I'm certain I will stand proud in our great State Capitol as a grateful Tennessean."

Love is Like a Butterfly--One of Dolly's Most Famous Songs 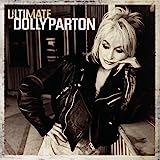 Love Is Like a Butterfly
Such beautiful songs, sung by someone who knows how to win over her audience with emotion. These typical Country and Western songs are enduring because Dolly is such a good singer and her vibrant voice and personality could charm the socks off a cat.
Buy Now

Do You Still Play Dolly Parton Songs? I Take it You're a Fan If You've Visited This Page!