Town Called Malice by The Jam

Town Called Malice is one of the best known hit singles from The Jam, who were an English mod revival band of the late 1970s and early 1980s.

Although they shared the angry young men outlook and fast tempos of their punk rock contemporaries, The Jam wore Mod style neatly tailored suits rather than ripped clothes and incorporated a number of mainstream 1960s rock influences, rather than rejecting them. The raw and energetic beat that one identifies with punk rock was consistent throughout their songs.

This song, Town Called Malice is my favourite of all songs by the band.

The band had 18 consecutive Top 40 singles in the United Kingdom, from their debut in 1977 to their breakup in 1982, including 4 number one hits. As of 2007, they remained the best-selling import singles of all time in the UK. They released one live album and six studio albums, the last of which, The Gift, hit number one on the UK album charts. When the group split up, all 18 singles were re-released and all placed within the top 60.

The band drew upon a variety of stylistic influences over the course of their career, including 1960s beat music, soul, rhythm and blues and psychedelic rock, as well as 1970s punk rock, pop punk and new wave. The trio was known for its melodic pop songs, its distinctly English flavour and its mod image.

The Jam launched the career of Paul Weller, who went on to form The Style Council and later had a successful solo career. Weller wrote and sang most of The Jam's original compositions, and he played lead guitar, using a Rickenbacker. Bruce Foxton provided backing vocals and prominent basslines, which were the foundation of many of the band's songs; including the hits Down in the Tube Station at Midnight, The Eton Rifles and Town Called Malice. 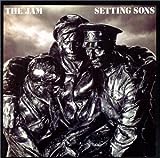 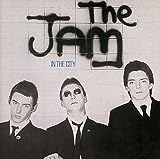 In The City
Buy Now 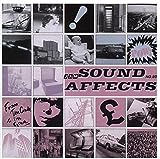 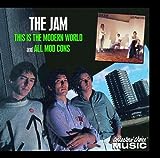 This is the Modern World / All Mod Cons
Buy Now

And - stop apologising for the things you've never done,
Cos time is short and life is cruel
But it's up to us to change
This town called Malice. Oooh yeah

Hanging out their old love letters on the line to dry
It's enough to make you stop believing when tears come
Fast and furious
In a town called Malice. Oooh yeah

A whole street's belief in Sunday's roast beef
Gets dashed against the Co-op
To either cut down on beer or the kids new gear
It's a big decision in a town called Malice. Oooh yeah

Lost laughter in the breeze
I could go on for hours and I probably will
But I'd sooner put some joy back
In this town called Malice. Yeaahh