Magic tricks that are called "self working" are those that require no difficult sleight-of-hand. Although the basics can be grasped in a few minutes, they still require practice and rehearsals in order to do them in an entertaining fashion. The best courses in instruction and magic involve simple, step-by-step instructions.

In starting out learning magic, you will want to begin with some of the simpler effects. However, don't fall into the common trap of thinking that magic tricks have to require either sleight-of-hand or "gimmicks" -- trick apparatus.

Many tricks rely on neither gimmicks nor sleight-of-hand, but rather on psychology and misdirection to deceive the audience. I would advise starting in magic with a collection of simple, easy to learn tricks using objects commonly found around the house.

Magic, if well performed, is always a big hit, and with practice you will be able to amaze--and most importantly, entertain--the people around you. From the Three Card Monte to the coin that disappears, you can use magic to astound and amuse everyone you know.

Here are some magic tricks for beginners step-by-step that, while easy to do, can still have an astounding effect on your audience.

How You Do It:

Now you pick up the blue ball from your table, display it to the audience and switch it for the palmed red ball while you are covering it with the blue handkerchief. Lower that ball and hanky into the glass.

Dispose of the palmed ball in your pocket together with the handkerchiefs at the conclusion of the trick.

Magic Tricks - 50 Simple, Fun and Quick Tricks Book (How To Be the Life of the Party)
Buy Now

You show an ordinary wooden match from a box of kitchen matches, place it in the center of a handkerchief, and then hold the handkerchief out to an audience member to feel the match inside. Tell them the break the match, which they do. Recite a few magical incantations, and when you open out the handkerchief, the match falls to the table restored!

A handkerchief with a wide hem, two wooden matches

Before the trick, you insert one of the matches inside the hem.

How you do it:

When you unfurl the handkerchief, the loose match falls out, the broken match remaining hidden inside the hem. 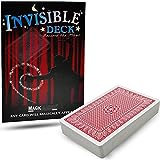 The spectator just pretends to pick a card, but you prove that you chose the very same card! 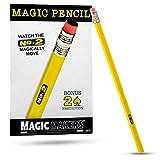 Show your telekineti powers by making a match float right under the spectator's nose!

A top hat is an essential item of wardrobe for any budding magician! 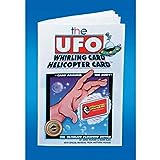 A card floats in the air and spins around your body!

The Envelope Juggler - An amazing feat of dexterity!

You tell the audience that you have a unique way to open your mail. Holding a pair of scissors in one hand, you pick up an envelope and show it to the audience with the other. Throwing the envelope into the air, you snip at it with the scissors and voilÃ ! The audience sees the end of the envelope flutter down to the floor and you show that the envelope has been opened with the end cut off!

How you fix it:

All you need for this trick is an envelope and a pair of scissors. You can use any small envelope.

To prepare the trick, snip off a small piece from the end of the envelope with the scissors. Next, close the scissors and wedge this small strip of paper between its blades. Using an older pair of scissors on which the blades are slightly loose works best for this trick.

Place the scissors and the envelope on your performance table.

For safety's sake, make sure there is some distance between you and the friends who are watching your trick, perhaps with them on the other side of your performance table.

If you are able to actually hit the envelope with scissors as it is falling, the trick will look more convincing. If someone examines the envelope, they will see that the end is actually snipped off and that it matches the envelope. (Don't suggest it; just let someone look at it if they want to).

This is a good trick with which to start your show. You can open the envelope and pretend that the letter inside is an invitation to perform somewhere or that it contains the magic words for your next trick. 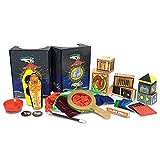 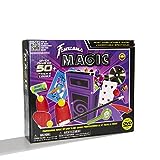 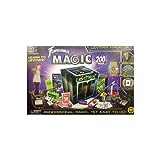 During your magic show, you pick up some colored tissue paper streamers from the table with one hand and carefully work them into your fist with the other, then hold that fist in the air. Next, you pick up an egg in your other hand and hold the two fists far apart while you weave your magic spell.

Finally, you open one fist and show that, instead of the streamers in that hand, you now hold an egg! You open the other fist and a stream of confetti pours out!

How To Fix It:

This trick uses what is known as a "blown" egg. It is best to prepare this at the kitchen sink. Pierce two opposite ends of a raw egg with a sharp object such as a pencil or with a pair of cuticle scissors. You can put your thumb over the hole in one end while you make the hole in the other end.

Holding the egg over a bowl (a clean one if you wish to use the egg for your breakfast) blow on one end, holding the other end over the bowl as if you are blowing up a balloon. If the contents don't fall out freely, you may need to enlarge the holes.

Wait for the eggs to thoroughly dry, then place a small piece of tape over one end of each. Using a small funnel or paper cone, pour confetti into the other end of one of the eggs and place tape over that end as well.

It is good to do a number of eggs at the same time, so you will have a few to practice with as well as a couple for performance.

Glue the ends of a few paper streamers near the whole of one of the eggs. Alternatively, you can use a white plastic egg that looks like a real egg that you cut a hole into the end of. Place the egg with the streamers attached to it behind another object on your magic table.

As far as the audience is concerned, all you have done is pick up a few streamers and put them into your left hand.

With your right hand, pick up the other prepared egg (the one with the confetti inside) and show it freely. Close that hand into a fist around the egg. Now hold your hands far apart and chant a few magic words. As you are chanting, crush the egg in your right hand. The chanting helps mask the sound of the eggshell breaking.

Now open your left hand and show that the ribbons have disappeared and the egg is in its place. Open your right hand slowly and allow the confetti to trickle from it in a steady stream. The broken eggshell will look like part of the confetti.

Open your fingers wide as the last bits of confetti fall out. You have made an egg fly from one hand to the other and paper streamers turn into confetti!

You show a pencil, cover it with your hands for a moment, and when you open your hands, the pencil has vanished!

A pencil (shorter is better) with an eraser on the end, a pen with a removable cap, a safety pin and a length of black elastic.

How you do it:

Reach into your left sleeve, grab the pen cap attached there, and pull it out so that it can be grasped by the left-hand. With practice, you can do this behind your back while the audience is distracted.

To begin, show the pencil in your otherwise empty right hand, and push it into your left fist so that the eraser end goes into the pen cap. Place both hands together so that the pencil is completely covered and then make a throwing motion towards the audience, while at the same time stretching out your arms so that the pencil flies up your sleeve. Show that your hands are now completely empty.

Don't underestimate this trick! It is very effective if practiced and done well!