Making a Splash: The Impact of the 1984 Mermaid Film

What's So Special About Splash?

Splash made quite a splash in 1984 when it was released. There were a number of reasons like the fact that it launched the career of one of Hollywood’s highest grossing actors, or that a production label was created to release it or that it made a mark in cinema during its opening week.

In the 1980s Tom Hanks was a relatively small-time actor starring in the TV sitcom Bosom Buddies. The show was about two single men working in the advertising industry who disguise themselves as women in order to rent an apartment they could afford. The show ran from 1980 – 1982. However, it was Hank’s guest appearance in an episode of Happy Days that caught the eye of director Ron Howard.

Howard, if you can recall, played the role of Richie Cunningham in Happy Days and was the protagonist in the series in the first seven years.

He had been impressed with Hanks’ performance in Happy Days and Bosom Buddies that he decided to cast the relatively unknown actor as the protagonist in Splash. The rest, we know, is history.

The storyline of the film was pretty basic, boy meets girl, and boy falls in love with girl. However, this girl has a tail.

The film begins with an 8 year old Allen Bauer while sightseeing on a ferry at Cape Cod with his parents and perverted big brother falls into the water and is rescued by a mermaid.

Fast forward to the present and Allen (Hanks), now an adult, and running a fresh fruit business with his brother Freddie (John Candy) is depressed after breaking up with his girlfriend and returns to the cape where he falls into the sea again and is rescued by the mermaid Madison (Daryl Hannah).

A few days later, the mermaid comes to shore and establishes contact with Allen whom she has fallen in love with.

A New Label is Born

20th Anniversary DVD Edition of Splash released in 2004, director Brian Grazer and Howard reveal how he had pitched the idea of Splash to several prominent production companies but was repeatedly turned down. As a last resort they took it to Disney which at the time was also struggling.

Ron Miller, then head of Disney productions, agreed to produce the film. However, also at that time a ‘big budget’ mermaid film was also planned for production by Warner Bros and was set to star Warren Beatty.

Howard assured the company that theirs would be cheaper and better - he was right. Unfortunately, the films’ brief nudity and language was deemed inappropriate for release by Disney at the time so Miller started a new label – Touchstone.

Splash was Touchstone’s first film and proved to be a hit grossing $68 million at the domestic box-office. This started a number of PG13 films being released under the label.

Disney’s success and acceptance with The Pirates of the Caribbean has made then opt for release under the Disney label. However, they still release R and some PG rated films under Touchstone.

Take a Splash-poll with Me

Have you seen the film Splash?

A Splash on the Box Office

Splash was produced on a budget of $8 million and grossed a total of $68 million, earning a place as the 10th highest grossing films of 1984. This success also opened the flood gates for other films to be produced by Touchstone like Pretty Woman, Dead Poets Society and Armageddon.

It also earned a nomination for Best Original Screenplay at the 1984 Academy Awards.

The film also is attributed with the popularity of the name Madison for girls in the United States. According to the Social Security Administration (ssa.gov), Madison has been in the top 3 birth names for females for the last 100 years (1916 – 2015).

The character Kornbluth played by Eugene Levy was also the inspiration for Denzel Crocker in Fairly OddParents.

The film Splash also won a couple of awards including the Saturn Award for Best Actress and Best Screenplay for National Society of Film Critics.

Where is Madison Avenue? 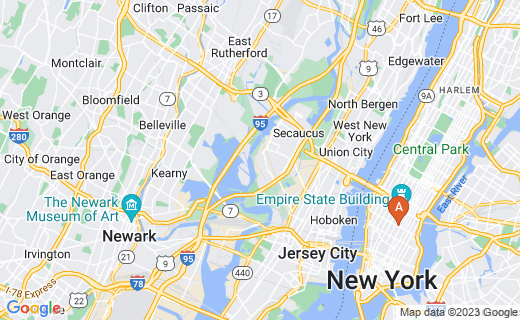 This is where the mermaid got her name.

Splash created quite an upset with its success especially for those who turned it down. It also breathed new life into Disney and made Tom Hanks a hunk to many of the ladies.

Little girls all over America and the world are now called Madison and boys like me still dream of being kissed by a mermaid because of this film.