Marvin The Martian - An Intelligent Adversary

When I was a kid one of my favorite shows was Looney Tunes, and I loved Marvin the Martian. I know Bugs Bunny was supposed to be the star of the show but I actually didn't like him very much. As a matter of fact I think I liked all of his adversaries more then I liked him.

While Bugs faced off against many of the other characters, due to lack of intelligence none of them seemed to be much of a threat. I did think that the Tazmanian Devil or Gossamer (the big red hairy monster) might stand a chance against him, but that was only because of their speed and size.

When Marvin the Martian appeared there was finally an intelligent adversary for Bugs to have to deal with. One that might actually be able to outsmart him. While Marvin would become perturbed, he still remained fairly calm while dealing with Bugs, unlike the other characters who would completely go ballistic.

It is his ability to remain calm and think clearly when he is angry that makes me admire him. I wish I could be like Marvin and remain cool under pressure. Perhaps part of my fondness for him is seeing Marvin looking through a telescope. It reminds me of spending time with my Grandfather, showing me the stars with his telescope.

My Marvin The Martian T-Shirts

I work in a factory on the shop floor, my clothes can get dirty so I try to wear dark clothes. So when I saw the black Marvin the Martian T-shirt, I bought it right away. When I tried it on it was very soft and comfortable Plus it was fairly inexpensive so I wouldn't have to worry about it if I ruined it at work.

While I have been a Marvin the Martian fan for a long time, I didn't really talk about it with other people. So I didn't know if there were many other fans out there. When I started wearing my Marvin the Martian T-shirts to work, I found out that quite a few people at work liked him as well.

It was really cool to see peoples reactions when they saw my shirt. People from a distance would point and give a thumbs up. The people I was dealing with face to face would have their eyes light up and tell me how much they "love that guy". One of them even told me about the film they were going to make about Marvin.

The movie was first talked about in 2008 and they were looking at releasing it in 2011. Unfortunately in 2012 it seems they cancelled their plans. However after hearing that the plan was to have Marvin plotting to stop Christmas and that it would be a cartoon/ live action mix I am not too disappointed.

I wish they would release a Marvin The Martian movie that was in a purely cartoon format. They need to leave Christmas out of it. They could have him face off against Duck Dogers and when he fails, they can bring in Bugs Bunny to stop him. That is a movie that I would go and see. How To Draw Marvin The Martian

This will show you how to draw Marvin the Martian.

More Ways To Show Your Love Of Marvin the Martian

This is a great mug for at home or for at work. It says it is a travel mug but I don't know of too many travel mugs that are made of ceramic. 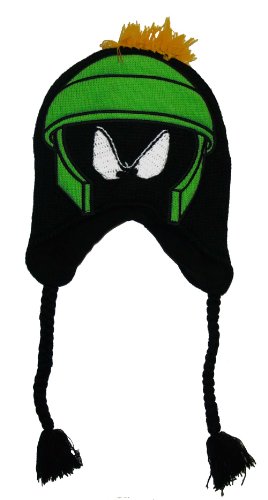 It says boys but it will fit an adult or a child.

Did You Like Bugs Bunny or Did You Prefer His Adversaries? Would You Go and See a Marvin The Martian Movie?