Mila Kunis Pics That Will Make You Say "Wow!"

I was actually surfing the web for some good Mila Kunis pics to use in a graphic arts project for a class when I realized that good pictures of Miss Kunis are not that easy to find. That's basically what gave me the idea to do a lens like this. She is such a beautiful and talented young actress and her fans deserve to see great images of her just as much as any other woman in Hollywood. My hope is to continually add more pictures (as I run across them) over time, so be sure to check back often.

She already makes a lot of "hot" lists, but there are some that don't see her as a full blown sex symbol, and in my opinion, she never will - she's just too good of an actress to be seen in that way. That's one reason I believe ultra hot photos of her will be in short supply, at least compared to other actresses who are hot but can't act that well. Despite that opinion, I hope the images below will please casual fans, die-hard fans and maybe even Mila herself?

What kind of movies would you love to see Mila Kunis in more often?

Mila Kunis Posters - Why not put this cutey on your wall.

Whether you like posters of sexy women or incredible art you need to always hang on to them when you take them off your wall. You may be tempted (or asked) to throw them away, but I guarantee after some time passes, you'll regret it - trust me. They don't take up much space if you fold them, so go ahead and save them to put back up at a later date. 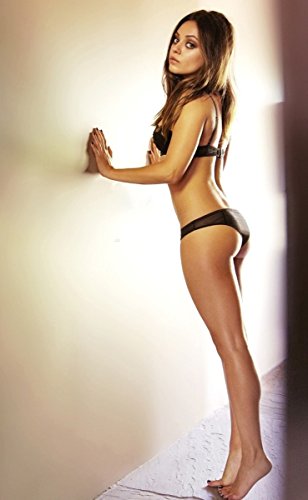 Trade Marks: Her husky voice and different colored eyes (one blue one green).

5 Things You May Not Know About Mila

2-Learned how to use a gun during the filming of Max Payne (2008) and became good at using one.

3-Is a fan of MMORPG's, World of Warcraft in particular.

4-Auditioned for That 70's Show (1998) at the age of 14, even though the actors were told they had to be at least 18 for the part. She told them she would be 18 on her birthday, but didn't tell them which birthday.

5-Missed her senior prom because of scheduling conflicts.

Mila Kunis Movies - This girl has a bright future ahead of her.

Mila really seems to steal the show in every movie that she's in - a good sign of great acting. I can't wait to see what project she chooses next. Feel free to add one of your favorite films if I've not listed it and don't forget to vote for your favorite.

"Blondes definitely do not have more fun. Trust me."

"Teens are dealing with the same problems now in the '90s as they did back in the '70s, the only real difference is the clothes we wear!"

"I started acting when I was nine as a hobby because it was fun and I could get out of school. I didn't ever think that I would have it as a job because I didn't know you could have a job in acting. But now I really love what I do and I can't even imagine doing anything else."

"I've definitely grown apart from a lot of my friends. Some of them don't understand the schedule, and it's not that I don't want to talk to them, it's that sometimes I am really busy and can't get back to them."

"No strings sex is great in theory but falls short in execution. You can't sustain a friends with benefits relationship for a long time. It's inevitable it will either go one way or the other. I have plenty of males who are my friends... Without the benefits. If you're friends with someone, let's just leave it at that. There needs to be nothing more."

Tell me what you think about the Mila Kunis pictures or comment on the actress herself. - Talk about her acting, her beauty, what you would like to see her do n