Moolaade, a Film by Ousmane Sembene

Review of Moolaade, a film by Ousmane Sembene.

This controversial film by the Senegalese director challenges notions of patriarchy and the role of women in African society.

Moolaade was the winner of the 2004 Cannes Film Festival.

Moolaade, a Film by Ousmane Sembene

Review of the film Moolaade by Ousmane Sembene

Moolaadé (Original Bambara Version - With English Subtitles)
Moolaade is a film about the very sensitive subject of mutilation of women. Coll is her husband's second, and favorite, wife. They have a teenaged daughter, Amasatou. At the start of the film, four young girls come to the family's complex seeking sanctuary. They have escaped from the initiation ritual. All girls are expected to take part in this ritual, which involves mutilation, referred to as being "cut". After a girl has been "cut"", she has the status of an adult and is eligible for marriage. Mutilation is considered to be a form of purification. The reason why the girls have chosen to seek sanctuary from Coll is that, several years earlier, she refused to allow Amasatou to be "cut".
Buy Now

The word "Moolaade" means "sanctuary". Coll ties a piece of string across the entrance to her compound, which means that no one may cross the threshold without her permission.

The girls' mothers and various other villagers are unable to enter. Thus, the girls are safe as long as they remain in the compound, while a huge conflict rages in the village.

Coll herself has been "cut". Although she has had a number of pregnancies, only one of her children survived. Thus, she has direct personal experience of the health problems relating to mutilation.

The Use of Religion

Religion Is Used to Manipulate /Women

In Moolaade, the local belief is that Islam requires women to be mutilated. However, the women later discover that this is not the case. It is not a requirement of Islam; rather, the ritual is just a way of controlling women. The fact that women believe it is a requirement of Islam makes them more willing to submit their daughters to this treatment.

The Role of Patriarchy

The Role of Patriarchy in Moolade

Moolade depicts in intimate detail how patriarchy functions in a rural African village.

For example, the running of Coll's household is dictated by her husband's elder brother. We learn that in the past, he ordered Coll's husband to take a third wife because he was too fond of Coll.

Coll's daughter Amasatou is betrothed to Ibrahima, a local young man who is off studying abroad. His father declares "I would never have agreed to the betrothal if I had known that she had not been 'cut'".

Ibrahima wants to marry Amasatou, and tells his father, "I love you and I respect you, but who I marry is my own business". This greatly offends his father, because according to the tradition, Ibrahima should do as he is told - as did Coll's husband.

The ancestors are depicted as evil spirits who aim to enforce the status quo, but who cannot cross the threshold into the compound.

Trailer for Moolaade - The Women Stand up to Male Domination

In this clip from Moolade, the women of the village stand up to male domination and reject the practice of "cutting".

Sengalese director Ousmane Sembene was one of the most respected filmmakers in African cinema. The fact that he made Moolaade when in his eighties speaks to his energy and his commitment to African film, and to challenging injustice.

At a screening at the BFI in London, Sembene stated that he planned to have Moolaade translated into many local African languages. He made this film for the rural people living in the villages - not for more sophisticated urban dwellers. 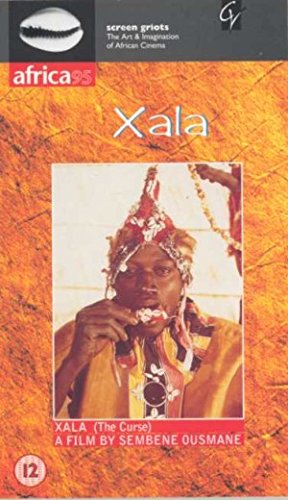 Xala [VHS]
Xala is another powerful film by Ousmane Sembene. In Xala, a man marries the school friend of his teenaged daugher. The film explores how polygamy affects his three wives.
Buy Now

Camp de Thiaroye
Camp de Thiaroye is the true story of an incident in the French colonization of Africa. Many African people fought in the French Army in the Second World War. Having defeated Hitler, every French soldier is granted a sum of money by the French government, but the colonial authorities in Africa have other plans.
Buy Now

Other Lenses about African Film

If you are interested in African cinema, check out these lenses:

If you have seen Moolade, please share your impressions of the film.