Most Stupid Bollywood Films of 2000s

Have You Witnessed Your Most Stupid Bollywood Film Yet?

When it happens it just happens. You don't want to watch a stupid film but somehow it'd just creep in and play in front of your eyes to be over long before you think how did that happen! On other times, you just want to watch something stupid for a change. It just works in an exhilarating fashion! No matter how loved Govinda was in 90s or how outdated he was in late 00s, some of his stupidest scenes brought bursts of laughter and smile back then and still do..

Here's an updated list of most stupid films ever made in Bollywood. I don't dislike these films, Image: Whats Your Raashee? (2009)rather I am just literally listing some films that qualify to be a part of this topic. I like them, I just sometimes find them funny. This is a never-ending list, I'll keep updating it from time to time. You can suggest your entries too, it would only make this page better.

Hope you enjoy this list as much as I do.. Please comment in the comments section below.

First of all, one of the biggest signs of a bad film is in-film advertising. If a film, especially a Bollywood film, contains more than a couple of seconds of in-film advertising there's a good chance that you are a victim of a film about which the makers themselves were skeptical.

Always Kabhi Kabhi, sadly having Shahrukh Khan as producer, is boring, badly done by a newer cast and above all- contains an abrupt in-film ad of Fanta.. Need to say more?!

Though Salaam Namaste didn't do bad commercially, its Junoish loses track of whether to aim at making people laugh or silently dwell into serious drama time over time.. The young Indian couple newly settled in Australia is fine- but what about viewers getting mixed emotions about the rest of the film?!

Actually the film shouldn't be on this page, it's not that bad as it does make you laugh every once in a while (and also it scores quite well on Rotten Tomatoes; click on the image to witness). But a few really sensitive scenes of the film could have been and more importantly should have been done better..

As if Salaam Namaste wasn't enough for director Siddharth Anand, or maybe by making Ta Ra Rum Pum he just wanted to secure the last wave of sales for the former with Preity Zinta in it!

1. Actress Rani Mukerji appears in a hairstyle nobody would approve for her

2. Any Bollywood creature would guess the entire story by watching the first 15 minutes

3. The Too-Happy-Too-Sad film is so filmy that you would rather want to count the number of yawns you take than choosing on whether to smile or cry

I love the title a lot though. The movie Ta Ra Rum Pum, as the title suggests, is a complete ta-ra-rum-pum film that Bollywood and the world could easily do without!

Please stop making such films. You can do much better than that.

This is why most remakes are not favored. Whereas the Korean film industry is blessed with the excellent romantic-drama My Sassy Girl (a film that outsold Lord of The Rings in South Korea at the time!), the Bollywood remake makes one want to tear off the big screen using a My Sassy Girl DVD.

If you come across Ugly Aur Pagli BEFORE you watch My Sassy Girl, you'll barely be able to enjoy the cute Korean film ever.

Another flop by actress Mallika Sherawat.

And yes, the flop also happens to be snaky!

Among All This, Some Good Stuff to Cheer You Up! 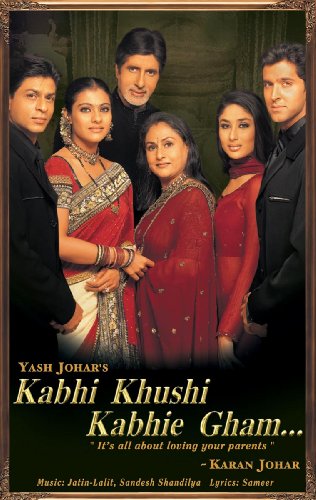 More Movies are Getting Listed Here as You Read This!

And also they'll be ranked this time. Hang on..

On the other hand, if you go to drool wholeheartedly at Leone, you can find the film useful on any given day.