Who Was Jim Henson? The Puppeteer Who Created The Muppets

In Greenville, Mississippi a little boy was born in 1936 who would grow up to create icons for children everywhere. That little boy was James Maury Henson, better known as Jim Henson, the creator of the Muppets.

It's ironic that one of Jim Henson's favorite characters - Kermit - should have the catch phrase 'it's not easy being green' when Jim, himself was born in Greenville!

You can purchase this poster of puppeteer Jim Henson and Kermit the Frog from Amazon by clicking here.

The Start of Jim Henson's Career

In the 1940s the Henson family moved to Maryland where, while attending Northwestern High School, Jim saw an ad for puppeteers for a local TV show and so began a great career... 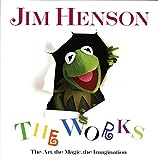 Jim Henson: The Works - The Art, the Magic, the Imagination
Buy Now

From here he started working for another television station and Sam and Friends were born. He was producing Sam and Friends (a five minute show) twice a day while he was at the University of Maryland where he studied art and theater design. He also met Jane Nebel and persuaded her to work as his assistant producer on the Sam and Friends Show.

It was on this show that Jim Henson really experimented with his puppetry skills. He totally changed the way puppets were used on television. Gone were the wooden bodies, in came rubber, foam and fabrics; out went the marionette strings and in came rods. It is really quite amazing the changes that came from this incredible man.

It was also on Sam and Friends that we first met Kermit, who was named after a childhood friend of Jim Henson. Kermit is one of his most memorable and recognizable creations.

In 1959 Jim Henson and Jane Nebel were married.

The success of Sam and Friends led to Jim making a number of humorous commercials for the likes of Wilkins Coffee. This short video manages to include quite a few of the very short Wilkins Coffee ads.

During this time period Jim and Jane decided to hire a puppeteer and writer by the name of Jerry Juhl.

The demanding television schedule that the commercials placed on Jim and Jane led to them moving to New York in 1963. Once in New York, Jim hired Don Sahlin and Frank Oz so that Jane could stay home and raise their children.

During the 1960s, Jim Henson appeared on talk shows as well as continuing with his commercials and it was on the Jimmy Dean show that the first recognizable "muppet" made his appearance in the shape of Rowlf. Jim also appeared on the Ed Sullivan Show and the Today Show while still finding time to write, direct, produce and star in "The Timepiece."

The Timepiece was an experimental film that ran for 9 minutes. It is a surreal piece that starts with a man who is waiting anxiously in a hospital bed waiting for his doctor to examine him. The short film premiered in May 1965 and was nominated for an Oscar in 1966 for Best Short Subject, Live Action Subjects. The following is a short clip from the film. 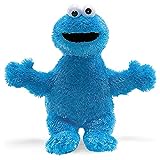 In the mid 60s, Joan Ganz Cooney began to work on Sesame Street and she asked Jim to fill the street with characters. Jim created the Cookie Monster, Big Bird, Ernie and Bert, Oscar the Grouch and Grover.

Joan has said that, "Sesame Street had many collective geniuses, but Jim Henson was the only individual genius of the show."

Sesame Street may have been the work of many, but the characters that we all love are the work of one genius, Jim Henson.

Muppet Time - A Show for ALL The Family

Jim Henson was unable to get backing for the Muppet Show in America, but Lord Lew Grade saw its potential and gave Jim his backing. This is how the Muppet Show ended up being shot in the United Kingdom.

The Muppet Show was a weekly family variety show and became an overnight success. It was syndicated to 106 countries and ran from 1976 until 1981. At its peak the Muppet Show was watched by 235 million viewers.

Jim Henson introduced us to the characters of Kermit, Miss Piggy, Animal, Rizzo the Rat and Gonzo the Great. Let’s not forget my favorites, the two old men on the balcony – Waldorf and Statler.

In 1979 the Muppets made their first feature film, The Muppet Movie. In total the Muppets, although they never won an Oscar, starred in six movies.

The Great Muppet Caper, The Muppets Take Manhattan, The Muppet Christmas Carol, Muppet Treasure Island and Muppets From Space all followed the original The Muppet Movie.

In 1982 Jim Henson created the Jim Henson Foundation which provides grants for the development of puppetry in America, this foundation continues today under the watchful eye of his daughter Cheryl.

There are some fantastic Muppet's collectibles available on eBay, try your luck at winning some today!

During the 1980s, Jim Henson moved away from the Muppets to co-write and co-direct the cult movie The Dark Crystal with long time collaborator Frank Oz. A few years after this movie, they followed it up with The Labyrinth.

The Labyrinth starring David Bowie and Jennifer Connelly was a flop at the time, but has attained cult status. Jennifer Connelly (only 12 herself at the time) plays the angst ridden teen Sarah while David Bowie plays the Goblin King to perfection. Fed up with being left babysitting her brother, Sarah wishes he was sent to the Goblin Kingdom and he is.

Labyrinth
Now she has to get him back and so the adventures begin. A combination of people, puppets and David Bowie’s music and what you get is a fantastic cult movie not to be missed. If you haven’t watched it yet, you need to now!
Buy Now

Jim Henson had not forgotten the appeal of the Muppets, however and produced gems such as Jim Henson's Creature Shop and Fraggle Rock. In 1989 he introduced the Jim Henson Hour but unfortunately this was canned due to low ratings and he entered negotiations with Disney to sell his company before suddenly dying.

On 16th May 1990, Jim Henson passed away suddenly as a result of a rare bacterial infection. He left behind his wife, five children, friends and shocked fans across the globe who had felt touched by the magic that Jim had managed to weave.

Long time friend and collaborator Frank Oz paid tribute to Jim when he said that, "while Jim Henson was not 'perfect', his treatment of other people that he worked with, came closest to perfection than anyone he had ever known."

A Celebration of Jim Henson's Life - An informative Entertainment Tonight clip illustrates why we loved Jim Henson so much.

This four-minute clip is a celebration of the life of Jim Henson. Leonard Maltin closes quite accurately with, "Jim Henson was the heart and soul of Kermit the frog and Kermit was very much jim Henson. He was likeable, funny, straightforward irreplaceable."

Were you a fan of Jim Henson's works?