One Direction Movie ~ 1D in 3D

Get ready One Direction Fans to see your favorite musical group on the BIG Screen in their very own movie. But it gets better, not only will you be able to watch them on the Big Screen, but 1D will be in 3D!!

In an announcement made by the group during their appearance and promotion of their new album "Take me Home" on NBC's Today Show, November 13th 2012, they said the movie can be out as soon as August 2013.

Stay Tuned by watching this page for Updates and more information as it is released!!

Are you going to see the One Direction Movie? 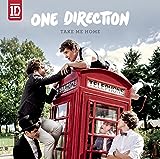 Up All Night - One Direction's first CD 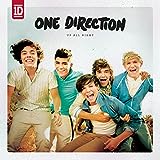 Up All Night
Featuring all these great songs:1. What Makes You Beautiful2. Gotta Be You 3. One Thing4. More Than This5. Up All Night 6. I Wish7. Tell Me A Lie8. Taken9. I Want10. Everything About You11. Same Mistakes12. Save You Tonight13. Stole My Heart
Buy Now

The One Direction Infection

Do you have it?

So I was told by my daughter recently that the Justin Bieber Fever is over and the One Direction Infection is now here. I would say she is right by the amount of fans and fame this British Pop Group has received in such a short period of time. Just goes to show that the hit show the X Factor is doing something right and Simon Cowell knows a money making opportunity when he sees one.

Who is your Favorite One Directioner? 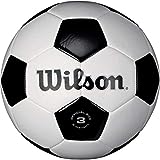 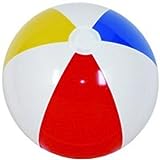 Do you have tickets?

As you probably already know One Direction is on tour, but for most of us the tickets are not only hard to get and now very expensive. I think knowing the One Direction Movie is now in the works and coming to theaters in 2013 is great for those who are unable to make the tour.

Of course it will not be the same as seeing them perform live, but I think seeing them up close and in 3D may make up for that - don't ya think?

Planning a One Direction Party to Celebrate? - Visit my page below for everything you need: