This is the first installment in the '90s Indie Rock series. The point of these Hubs are to discuss several of the most meaningful, original, successful, and important bands of a scene that I loved dearly as it happened and shaped my musical tastes, no matter how much broader they continue to become, for better not worse.

The starting place for any discussion on '90s Indie Rock can only begin with a handful of bands, and and an even fewer handful of labels. I think overlooking Superchunk, Sebadoh, The Pixies, Slint, Sonic Youth, Built to Spill, Guided by Voices, or any other seminal band first can be forgiven if you choose Pavement. Not only are they one of the best, most loved, most hated, and most copied bands of the early '90s Indie Rock scene, they were also the coolest band on what was arguably the coolest label, Matador Records.

The merry pranksters themselves!

A word about Matador Records

Matador Records was one of the labels whose roster of bands would make any Indie kid's dream concert list. The label was formed in 1989 by Chris Lombardi and was originally ran out of his New York apartment. It was not until he joined forces with Gerard Cosloy of Homestead Records in 1990 that things began to take off.

Pavement, although they were perhaps the largest and most emulated Matador acts, was genuinely only one in a slew of talented and like-minded musicians united together under the Matador banner. Talented and prolific acts such as Yo La Tengo, Guided By Voices, Liz Phair, Superchunk, Cat Power, and even Jon Spencer Blues Explosion were all on Matador for the majority of the early to mid '90s.

Matador has had continued success as a label as they grow and diversify from their Indie Rock roots. Today they represent many European acts as well as Hip-Hop and experimental music, though I am quite certain there will always be a special place in their roster for bands from the vein of Indie Rock from nearly twenty years ago.

Instead of reviewing all five of Pavement's studio albums, I'm going to briefly cover the first three because I believe they are the best and most important of Pavement's work as a band. To talk about Pavement requires addressing a few terms that might seem confusing. Pavement is Indie, slacker rock at its pop-sensible and rock-out-able best. To break that down a little more, Pavement is the type of band who was so clever with the way they wrote their songs, they never felt the need to dress them up with too many frills, stage shows, or glamour. Furthermore the idea of Indie, or independent, rock is antiestablishment in nature so the lackadaisical, or "too cool," presentation of the music was an important cultural element that was not lost upon Pavement's audience.

Essentially the band was the brainchild of singer, songwriter, front-man Stephen Malkmus. Spiral Stairs played second fiddle for all intents and purposes and after the band split he formed a new one, Preston School of Industry, which you can follow up on from Matador's site on the links below. They at times had two drummers, and always seemed to have at least a few extra people on stage, though I am not certain what they were doing there.

Listen To Pavement on Your New 4th Generation iPod Touch! 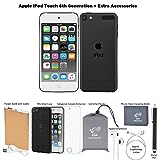 "Slanted & Enchanted" was in ways an assault of distortion and detuned, out of time performances that were dubbed over each other. In other ways it was one of single best examples of synergy the movement can provide. There are times on the album when all the silliness aligns and something beautiful or powerful breaks itself free of its slacker persona. The moment during "In the Mouth a Desert" when Stephen screams "I've been crowned the king of this, and this is all we have so..." is one of those moments where the album elevates itself above the conventional, clever hooks it is founded upon. This is far from the only time this happens on the album.

The first album was such a success that Pavement became the darlings of the Indie Rock world, even opening for Sonic Youth on tour, and everyone wondered: could they follow up S&E with anything near as worthwhile? 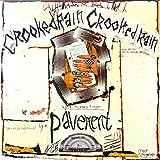 "Crooked Rain, Crooked Rain" was the very first Pavement album I ever listened to, and I heard it while I was visiting a college as a senior in high school. At the time I was listening to the radio and bemoaning the demise of Smashing Pumpkins into the "Mellon Collie" they were sliding. Pavement changed all of that. At first I didn't like the jangly guitars, seemingly careless vocal delivery, and inane, pop-culture riddled lyrics, but I couldn't quite forget the album, and certain riffs really pulled at my gut in a way I knew I liked, but wasn't quite sure I understood yet.

Everything ever since then has been different for me musically. "Crooked Rain, Crooked Rain" introduced a young Oklahoma boy to the entire world of underground music, and I was in love. The album itself was not quite as distorted, frantic, or downright silly as the first. Instead they fine tuned their sound to a more manageable college rock sound with classic rock influences popping up everywhere. The songs are as a whole are better than the collection on the first album, though it is only really in the last track, "Let Me Sleep," and perhaps a few others, that the synergy that marked their first album really came through. Nearly every single song is a brilliant pop classic, and on no other album would Pavement be so consistently solid. 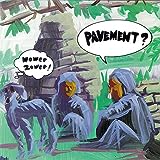 While it is the traditional path for bands to hone their sounds on each progressive album, Pavement made a stark break with that tradition with the release of their third album, "Wowee Zowee," in 1995. This album was much longer, sporadic, manic, and artistically stubborn than its predecessor. There were times when the classic rock sensibilities took over completely and other times where there was just complete mayhem, but no matter what, the album rocked. From start to finish, in Pavement's own unique way, they deliver their biggest "We're rockstars and we know it" performance. It is a zany and hook filled adventure of an album, with hits like "Kennel District" totally distorted into stoner rock bliss, while still others like "Father to a Sister of Thought" use steel guitars to coat their laid back meanderings with a country western, sans any real effort, flavor.

There is no one theme, idea, instrument, sound, style, or intensity that can describe or contain the breadth and depth of "Wowee Zowee." While Pavement would go on to release two more studio albums, both with amazing moments in their own right, this album was, in many ways, the height of their career. Say what you will about Pavement, but the truth is that it is obvious they cared too much by the time their last two albums came out for them to have the carefree "out on my skateboard the night is just humming" mantras and attitudes necessary to make them iconic for slacker rock. And so, like many other pop bands, they eventually saw the well running dry and split up to pursue separate musical endeavors.

This is the way of things, and in no way takes away from who and what Pavement was to the early to mid '90s Indie Rock scene. Songs like "Elevate Me Later," "Range Life," "We Dance," "Here," "Shoot the Singer," and of course "Summer Babe" will live on as anthems for the slacker Indie rockers who used to scrounge through CD bins for hours, and now use Soulseek. But I suspect they'd trade their entire digital collection for a chance to go back and see Pavement live one more time -- I know I would. "Pavement ist rad" is a saying on the back of one of their albums, so it became something people would chant at the shows, and in that spirit...

Want to learn more about Pavement and Matador Records? Follow these links.

Which One Was Best?

What Pavement Album was their best one?

Want More Pavement? Check them out on Amazon.

Read Other Hubs in this Series