Directing For The Theater: The Basics - It All Begins With The Play

So you want to direct Broadway show?

What pops into your mind when you hear the word "director"? Most of us would flash on an image similar to the one above - the almost-universal symbol for the director. Those of us of a certain generation might be inclined to add a megaphone and a pair of jodhpurs à la Cecil B. DeMille to complete the picture of the quintessential film auteur.

Directing for the stage is a far cry from grabbing a megaphone and shouting "Action!" or “Cut! Print!” and “That’s a wrap.”

In all fairness there is a whole lot more to directing a film that most of us in the audience will ever see or appreciate, and in both genres, working with your actors is only part of the picture. You must first deal with script analysis; character analysis; set, props costume, lighting and sound design; and a mountain of other details before any actor sets foot in the rehearsal hall. A lot of time, talent and dedication go into any production long before the first casting call. 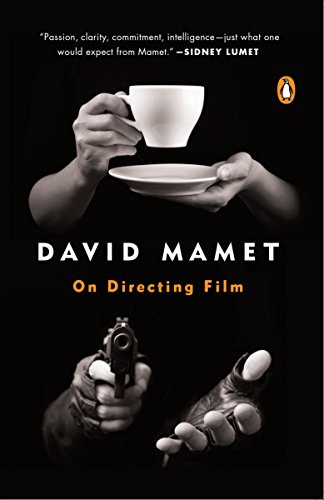 So what exactly does a director do?

The first step in any production is to read the play. This might seem obvious, but a director doesn’t read a play the same way an actor does, nor as a designer, nor as a production manager. These theater professionals are all looking for different things.

The director first reads the play to get a sense of the style, flow, characters, setting, and the playwright’s intention. Most directors will read the script many times, each time though searching for different aspects of the various elements in their analysis.

Then they read the script for the characters. What drives them?  What makes them do whatever it is they do? What kind of women and men (or mythical beings) are these?

It is part of the director’s job to understand all these characters and their interactions intimately.

Once they have a thorough sense of the play, directors can begin to note down the technical aspects and create a scene breakdown, or chart of every scene and part scene, with all the characters required for it.

Some directors prefer a visual representation, with color coding for each character, some prefer a table in which each scene, or part scene is laid out in chronological order, with the names of each character required written in the block. This can become cumbersome, but is less likely to create errors.

For a play with a fairly small cast, a simple table is easily utilized, with the scenes progressing along the top, and the characters names down the side. Then, proceeding along each character’s line, an “X” is placed in each scene or part scene in which that character appears. This can be a great visual for the director and the cast, as well as the stage manager, and an invaluable tool in calling rehearsals, to ensure the correct actors are available for the scene to be rehearsed.

This type of chart can become complex for a play with a very large cast, like “The Caucasian Chalk Circle” and a number of other plays by Berthold Brecht, for example. Brecht is legendary for the size of his casts, as well as the seeming over-simplicity of his characters. For a large-cast play such as this, it is better to have a listing of the characters in each scene.

Any props are also noted, especially any specialty ones that may have to be built or purchased. Often this will be left to the stage manager and the production manager, but it is always good practice for the director to know what is required for each scene.

Any music or sound effects needed for each scene, such as the chiming of a clock, a gunshot, are also made note of, and discussed at the first production meeting with the stage manager, the production manager, and the sound designer.

Audiences are so attuned to musical overlays and backgrounds in film that a stage production may seem quite naked at first without a soundscape. Generally, music or some relevant sound effect can be used to great effect at the beginning and end of scenes. Part of the directorial analysis of the play will include some discussion of what type and style of music and sound effects are needed.

Preliminary meetings with the set and lighting designer (often the same person) will have produced ideas for how best to stage the production. Often a director will have a very clear vision for the production as a whole, for example, setting Shakespeare’s “Hamlet” in a mid-Victorian, industrial society. This conjures up images of military uniforms, women in sweeping, restrictive gowns and armed courtiers with plumed hats, crashing boots and flashing sabers. The designer’s job then is to bring that vision to life.

The importance of the costume designer goes far beyond producing clothing for the actor to wear that is believable in the setting of the play. They must bring alive the feel of each character in their clothes. In the brilliantly conceived stage production of “Les Mis”, from our first glimpse M.Thenardier as an amusing buffoon of an innkeeper, and later when we see him as a vicious gleaner in the Paris sewers, we instantly recognize his status, his place in the hierarchy of the street denizens, and something of his character.

On some small productions, you may not have the luxury of a separate designer for set, lighting, costumes, and sound, so some or all of these roles will be carried out by the same person. It is still critical that each set of concerns be addressed in a detailed manner so no aspect of the production is overlooked.

It usually falls to the production manager to run the production meetings and see that all the physical matters of the play – set, lighting, costumes, sound (which may include original music and/or a musical director), and props – are all on track and on schedule as rehearsals progress.

As the technical elements are addressed, the director also is casting the play.

Sometimes a director may already have actors in mind when reading a script. Often a specific actor will come to mind while reading through the play, and that will be the voice the director will “hear” in that part while reading. If some parts are cast already when the director is brought on, their job of casting becomes one of blending the other actors they choose for each role so that the correct balance is maintained for the balance for the characters and the play.

In casting the play, whether from a clean slate, or selecting actors to complement those already cast, the director must first and foremost serve the play and the playwright’s intention.

Once the play is successfully cast, the whole mechanics of the production fire up: rehearsals are set, costumes are fitted, and re-fitted, action sequences – sometimes, fights – are choreographed, music is chosen, lighting and sound cues begin to take shape, and the myriad details gleaned from that first all-important director’s analysis are being seen to…

Finally, the director can get down to the job of "just directing".