Unable to find ten movies with heroes who are quadriplegic, this list will be a bit shorter than the others. Perhaps more will get made or I will discover more and be able to expand this list. I hope you'll let me know in the comments if you know of any I am missing!

I'm reluctant to include this one at all because I am disgusted with movies whose message is that people with quadriplegia are just waiting to die.

This is a Hindi movie about a man who has been a quad for fourteen years and suddenly, for no apparent reason, decides he wants assisted suicide and petitions the court to allow it. He is a good example of someone who does not have adequate support. Though he has a good wheelchair that he is able to maneuver himself, for some unknown reason, whenever they leave the house he is put into a dinky manual chair that is no good for him. His friends are distraught and upset that he wants to die. No matter how many people tell him they value his life, he won't listen. I don't know why. He runs a very successful radio program that has touched many lives.

The movie is visually beautiful, though, and the actor is a very handsome man.

This movie follows a common trope in using disability in a story, it is a horror movie and the reason the main character is paralyzed is basically just to up the fear and the tension.

Allan is given a helper monkey shortly after he breaks his neck by being hit by a bus. The monkey is donated by his friend, who happened to be running experiments on it, including injecting it with human DNA. The friend thought his experiments weren't working, but it quickly becomes clear that the monkey has some human feelings for Allan and sets about killing anyone who is close to him in jealous rages.

The very last scene of the movie is despicable in my opinion, but it isn't part of the main plot. It's not all that scary, partly because it's a slightly older movie and partly because it borders on ridiculous in many places.

However, there is a love interest and a love-making scene that I thought was well done.

Predictably, the book is significantly better than the movie

I wish I had liked this one more. Christopher Reeve remade the Hitchcock classic after his accident, which I thought was a wonderful idea. In the original, the main character has a broken leg and is stuck indoors spying on his neighbors. Reeve reworked this premise to fit his own quadriplegia.

However, the movie got bogged down in a lot of explanations about quadriplegia. It felt more like an educational after-school special than a movie. While that does have its uses, the entertainment value of this movie took a nosedive.

On the other hand it is probably the only movie with a realistic portrayal of high-level quadriplegia and I appreciated the romance plot. 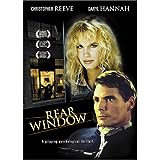 Unfortunately, this movie also seems to use quadriplegia as a way to make the main character more vulnerable. Rather than being as independent as he could be, Lincoln spends much of the movie in bed. It is still a well-made movie, though, with some great moments. Lincoln does have a love interest, which I appreciated.

The book is far better than the movie (as is often the case). Not only does Lincoln handle himself better in the showdown with the bad guy, the mystery itself is much stronger and more interesting. 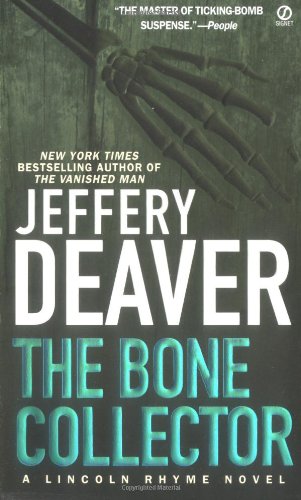 This is a quiet movie about a spinal cord injury rehabilitation center and its various inhabitants. The main character, Joel (played by Eric Stoltz), has broken his neck while hiking and he is going through the process of learning about his new body. Helen Hunt plays the woman he has been sleeping with, who is married to someone else. Their relationship experiences realistic strain and many of the most interesting scenes of the movie are between the two of them.

There are many good moments: touching, funny, and emotional.

The movie was written and directed by a man who has a spinal cord injury and rumor is that it is loosely based on his experience.

Mostly I haven't watched these movies because the plots involve people who want to die for no reason other than that they are quadriplegic. I find it extremely ableist to assume that someone in this situation would want to die.

By most studies, what is found is that people enjoy living. People have a drive to live, no matter the circumstances. However, that assumes proper support and care. Rather than encouraging people who sustain spinal cord injuries to die, we should be doing more to support their lives.

These movies are invariably written and acted by people without experience of quadriplegia and I think the assumptions that get made are dangerous to the civil rights fight that people who have disabilities are currently a part of.

Heard great things about this one, but haven't watched it yet!

Whose Life Is It Anyway?
Buy Now

The Sea Inside
Buy Now

A Great Documentary - My lists have been mostly focused on fiction, but this is a movie featuring quadriplegia that is very worth watching.

This documentary follows a couple of quad rugby teams preparing for the Paralympics. Quad rugby is a fierce and sometimes violent sport that can only be played by people who have some level of quadriplegia.

Which am I missing?