Great Quotes about Magic and Magicians

Magic has a long and distinguished history, and so do magic books. Ever since the first book explaining magic tricks, The Discoverie of Witchcraft, was published by Reginald Scot in 1584, thousands of magic books have been published. These contain a great deal of wisdom and quotations by some of the greatest magicians of all time.

What is a quotation? It is a citation of the words used by someone in the past, in this case, a great magician. In reciting the words of such a personage you are engaging in the act of quoting. A quote requires the use of speech marks known as quotation marks, a sort of inverted comma.

The use of quotations from great magicians in the past can help you solidify your own thinking about magic as well as add that extra oomph to your conversations and presentations. Like a lawyer trying to convince a jury of the truth of his argument, being able to show that the great minds of magic thought in a certain way lends credence to your own point of view.

In this way, quotations can back up your ideas but should not be used as a replacement for your own thinking on the subject.

This listing of quotations is not about magic secrets, or at least not in the sense that the public generally thinks of them. It is not about the revealing of the modus operandi of tricks, but rather about the true secrets -- the important truths about magic -- the understanding of which can help make you a better performer and magician.

The quotes about magic tricks here have been gathered from my own library of magic books and magazines after many years of reading and studying of some of the greatest thoughts concerning magic.

Whether you use these quotes to spice up your own writings or lectures on magic or just for your own edification, you're sure to find much food for thought here!

The personality of magicians reaches out from their quotations and can inspire you and get you thinking despite the separation of many miles and many years from the time the quotation was penned or uttered. And that's about as close to real magic as you can possibly get!

Never tell the audience how good you are; they will soon find out for themselves. - HOUDINI

"Always have a short sentence ready...

in case a trick should go wrong. One magician, who has the misfortune to blunder often, says, 'Ladies and gentlemen, mistakes will happen, and that is one of them.'" - HOUDINI

Practice brings that ease of performance

and peace of mind. It lets you forget yourself and concentrate on pleasing those who are watching you. They can't relax and enjoy themselves if you appear to be fumbling and nervous. - Bill Severn

When practicing any trick... - ...try it in front of a looking glass, accompanying your moves with your entire patter. - HOUDINI

The newspapers generally commented more on Heller's wit than on his magic. - HOUDINI

"Unfortunately, conjurors have formed the habit

of referring to any large trick as an "illusion." The term is used as a description of size. If the equipment is big enough, the trick is called an "illusion" even though a 10-year-old child can see through it." - Henning Nelms

The art of illusion is at least 95% applied psychology. - Henning Nelms

Never work to fool a magician...

Because most of today's magicians are amateurs

...many of their tricks are designed for fooling each other rather than the public. They spend hours working on elaborate sleights and methods that would have no meaning except to another magician. ... Professionals and amateurs who perform frequently in public are far more concerned with the effect a trick has than the way it is done. - Bill Severn

Performing for conjurers is the worst possible way

to test the value of your presentations. Everything you do, literally everything, has a different value for conjurers than it has for laymen. - Henning Nelms

between the illusions you like to present and those that your audience like to watch is purely coincidental. - Henning Nelms

"Magic is not inherently entertaining.

This is an extremely important fact. Magic is not inherently entertaining. Magic performed by someone who is not an entertainer becomes a mere puzzle." - Mark Wilson

Another Great Source of Insights on Magic

Unless card magic is presented entertainingly...

...it can be a bore. The wrong place, the wrong time or too much of it will produce annoyance instead of pleasure. Long-winded tricks involving dealing cards into endless heaps and piles, those that call for the watchers to remember too many things at once, and the fumbling of the trickster who does nothing more than dig out a chosen card that has been lost in the deck, are guaranteed to create boredom. - Bill Severn

but work as quickly as you can, bearing in mind the Latin proverb, 'Make haste slowly'." - HOUDINI

"The secrets aren't so damned important.

There is little that a magician does that cannot be figured out by a reasonably intelligent spectator." - Dariel Fitzkee

A Classic by Dariel Fitzkee

the single most egregious myth that magicians have perpetrated on themselves is that "it is fun to be fooled." Really? I don't think so. Was it fun to buy that new car only to discover it was a lemon? - 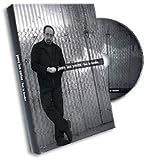 The Art of Magic: The Companion to the PBS Special
Buy Now

Conjuring puzzles have a special weakness.

When a spectator meets the challenge by solving the puzzle, the conjurer loses. When the spectator fails, he regards the conjuring puzzle like any other puzzle: he gives up and feels entitled to be told the answer. This places a performer in an insolvable position. - Henning Nelms

"People now-a-days are beginning to look upon the Magician as one who can especially amuse the children." - Louis C. Haley, The Dramatic Art of Magic (1910)

There are more opportunities to perform kid shows

than any other type. Do some free shows at first. Of course, you want to make money from magic, but you cannot expect to exact a fee for your work until you can deliver a quality product. - Mark Wilson

I was known to give magic shows for friends and family. As I grew older, I discovered a more powerful form of magic: the computer. And unlike more ordinary magic, revelation of the methods ... does not tarnish its enchantment. -- Ray Kurzweil; The Age of Intelligent Machines

Not a writer of magic books, but on how technology is creating real magic.

The Singularity Is Near: When Humans Transcend Biology
Buy Now

Spectators today live in a world of magic gadgets

that are infinitely more amazing than anything a conjurer can offer. The woman with a pocket radio knows that it works by batteries. Her curiosity ends there. Why should she marvel when you show her another magic box? - Henning Nelms