Rare Michael Jackson videos are even more in demand than ever now that Michael is no longer with us. Fans want to celebrate a man who is considered by many to have been a musical genius. On this page, I have gathered a few of the rare videos that are available only on VHS videotape. They include The Making of Michael Jackson's Thriller, The Carol Burnett Show, Rockin' With The Chipmunks and The Legend Continues. If you know of any guest appearances that were recorded but are now hard-to-find, please let me know in the guest comments box at the end of the page and I will see if I can locate them to add to this page.

If you are building a collection which includes valuable and rare VHS tapes, I highly encourage you to visit my page about the care of videotapes. To do so, you can click right here.

"There is no better documentary about Michael Jackson. This was perfectly produced and masterly narrated. I've yet to see a portrayal of Michael's life that is more inspirational. The words from Michael's wise old friends are so poignant: Katherine Hepburn, Sofia Loren, Elizabeth Taylor, Gene Kelley, Sammy Davis Jr., and Fred Astaire's choreographer; they too are all in awe of this amazing performer and humanitarian. But my favorite sequence is the one put to "We're Here to Entertain You", the song that no one talks about but is absolutely beautiful and deeply personal to Michael Jackson. Yes, God put him here not only to entertain us, but more importantly he's a philosopher who has risen to prominence because of his show-buisness talents." - saserfrac

Michael Jackson - Moonwalker (NTSC/Region 1)
"This is a true work of art from a true genius. Michael is sadly gone but please help his legend live on by releasing Moonwalker on DVD. I know myself and millions of fans worldwide would love a chance to see this in the beautiful DVD and Blu-Ray quality to truly do it justice. - Luke D. Bolland (Perth, Western Australia) Luke wishes do come true! Moonwalker has been released on DVD although it appears to be suffering from some availability issues.
Buy Now

Moonwalker was released by Michael in 1988. It is a group of short films about Michael some of which are his long music videos from the album called Bad. Bits of many of Jackson's songs can be heard including I Want You Back, ABC, Rock with You, Don't Stop 'til You Get Enough, Beat It, Thriller, Billie Jean and more.

The media coined the term 'moonwalk' and Jackson applied it to this film. By 1989, the Moonwalker had sold 800,000 copies in the United States. Today, it is a sought after film that has that has just recently been released on DVD in North American format. I am thrilled to be able to provide the link for Moonwalker on DVD.

Making Michael Jackson's Thriller was released at the same time as the video, Thriller. It is a documentary show that provided a look behind the scenes of the creation of this epic video. Even the documentary was aired extensively on television and it once was the top-selling home video, having sold over 9 million copies.

"I remember this video from when I was about 10 years old. My sister, cousins, and I would play this over and over. We knew EVERY dance step. Michael was better looking back then. We loved seeing the "quirky" moments on this video that showed his true character...

It's a great video that is the ultimate of Behind the Scenes or The Making Of... type of videos. If you're interested in costume make-up or what goes into the making of videos this is a good tape. I don't listen to this type of music now, but this brings back a lot of my good childhood memories. It represents times when we were happy and songs were about simple things, not killing, fighting, and all of the crazy and obscene things that songs are being made about now." - Saved & Sanctified

The Carol Burnett Show is a television comedy that started Carol Burnett, Tim Conway, Harvey Korman, Vicki Lawrence, and Lyle Waggoner and aired between 1967 and 1978. The Jackson 5 appeared on the show in Season 7, sometime between 1973-1974, and sang Dancing Machine. 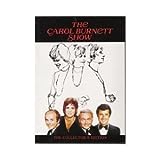 Rockin with the Chipmunks was originally called Rockin' Through The Decades and was an animated television show using characters from Alvin and the Chipmunks. It featured many guest stars and Michael Jackson and Fresh Prince appeared in an episode called 'Witch Doctor' singing songs including Crocodile Rock, Beat It, Heartbreak Hotel, Surfin' Safari and Satisfaction.

"Excellent Music to dance and listen to, my daughter is 5 and the only question she had was who is Michael Jackson, I had to smile, but now that she listened and watched the tape she loves him and it, excellent video!" - abelardot2006

Michael Jackson's This Is It Blu-ray Movie Review

Are You Searching For A Rare Video Recording of Michael Jackson? Has This Page Helped? Have I Missed One? - Make sure to stop and say hello for a moment. Are yo