Safe and Sound is Perfect

Safe and Sound is one of the soundtracks for the upcoming movie "The Hunger Games", which is said to be in theatres on March 23, 2012.

Since the song, Safe and Sound, has been released to the public, there have been many responses to the song through Youtube, where many individuals have made their own cover of the song, given their own twist of how they would sing it.

Some of these You-tuber's versions have become so popular that people have said that their version of Safe and Sound is much better than the original song by Taylor Swift ft. The Civil Wars. I have seen these popular versions and have to agree myself that there are better versions out there on Itunes than the original version of the song. I actually love the other versions so much that I have purchased three different versions of Safe and Sound on Itunes. But, that is just mine and several other individuals' opinions.

Continue reading to check out the original version of the song and other top like versions of the song to conclude which one you like the most. Who knows? You might like them all.

The Hunger Games The Movie Trailer

After you planning on watching the next movie of Hunger Games?

Taylor Swift, a young popular country singer known for several catchy songs like Love Story, Ours and You Belong With Me, was selected to play the soundtrack, Safe and Sound, for the movie, The Hunger Games. She sings the song along with the members of the group, Civil Wars, Joy Williams and John Paul White, who are also well-known popular country singers as well.

Their version of the song, gives off a somewhat fresh sound as it does not sound peaked or touched up. It just sounds open and beautiful and real. What do you think?

The Best Version So Far

Madylin Bailey is a 19 year old girl who loves to sing and has been singing on Youtube for quite a while now. She is pretty new compared to other popular You-tuber's and so far has made a total of 52 videos. But for an intermediate newbie, she already has over 6 millions view and over 95,000 subscribers, which is pretty impressive.

Her version of Safe and Sound is so far the best I have ever heard. It literally gave me goosebumps when I listened to her singing for the first time. It still does to this day. This is just my opinion, so go ahead, listen and see for yourself.

Savannah Outen, a 19 year old has not only been a popular You-tuber since March 2007, but she is also known for making the finals on America's Got New Talent and for recording a song for a Disney movie and much more.

Savannah has a strong voice and and you can really hear it when she sings for just being a 19 year old.

Jake Oco, also a popular You-tuber, has been on Youtube for quite some time. He has a really soft but unique voice when he sings his songs. Once he starts, you can really tell that his voice stands out from the crowd. Jake literally has over 15 million views on Youtube and has over 120,000 subscribers; me being one of them.

As a Youtube follower for these two young artists, they really do some great duos together . My favourite duo with them is their cover for "Safe and Sound". It really has very distinct personalities to it.

Megan Nicole is a trending attraction on Youtube and has really only been since her first video 2 years ago. She is just 17 years of age and has over 760,000 Youtube subscribers and over 1172 million views.

She has a very good voice and tends to give off a young, and lively side to her in her music and in her personality as well.

Tiffany Alvord is 19 years of age and has been on Youtube since 2008. She is very popular and has over 700,000 subscribers with over 136 million views. Tiffany seems like a very down to earth girl. That is probably due to the fact that she has six brothers! I have a little one and that is tough enough.

She is a very talented singer; not over the top, but well sung and unique. She tends to do a lot of duos lately, but she also sings solo as well.

Both of these singers have been on tour with You-tubers and seem to be doing well for each other. These two are so young and fresh that they really make a great duo. Their version of Safe and Sound is very smooth, calm and beautiful.

Teribrite is a band made up of two people, DJ Monopoli and Sabrina Abu-Obeid who's genre of songs give off a pop punk sort of feel. When you think punk, for some people, you would think that their music must be over the top, but not necessarily as pop punk/rock is not as overly intense; well to me . Their music actually sound really good to me and not one bit, in any way genetic.

This young group are actually dating right now (which is pretty risky) and seem to be the lively, energetic and silly type of personalities, which is shown in their songs.

Their version of Safe and Sound is truly different from the rest, but in a very good way. Let's just say, they truly made it their own. If I had listened to their song first, I could have sworn that this was the original.

VOTE FOR YOUR FAVE

Which version was your favourite?

Make Your Own or Have Fun

If you want to sing the song yourself or with a friend or if you love to play an instrument, getting the instrumental for Safe and Sound is much better than listening to someone else sing it as you might get too distracted or you might end up continuously trying to compete with the artist singing the song.

The instrumental makes up for great background music when you are making your own version of the song, a video or you wish to learn how to play Safe and Sound. There are quite a few instrumentals on Itunes for really decent prices as they do not include any singing in it, of course.

Listen to them all to find the one that fits you.

Safe and Sound is a great, beautiful song to listen to over and over again. But, there are also other great songs for the movie, The Hunger Games as well. The Hunger Games Soundtrack consists of 16 songs that when you listen to some of them below, you can definitely feel the movie and the whole story of it unveiling in sound. Plus, a lot of talented artists are in the soundtrack like Taylor Swift, Civil Wars, Kid Kudi, Arcade Fire and more.

The Hunger Games: Songs from District 12 and Beyond [Soundtrack] 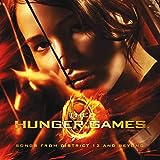 The Hunger Games: Songs from District 12 and Beyond

Just to make Hunger Games fans more anxious, the full soundtrack won't be available until March 20th. The good news is that it is available for preorder so as soon as it is out, you and other fans can be 100% sure to have the soundtrack at your use. Preordering has its perks as you don't have to ever worry about a product being sold out, but that it really just up to you.

Tomorrow Will Be Kinder - The Secret Sisters

Nothing To Remember - Neko Case

The Ruler And The Killer - Kid Cudi

One Engine - The Decemberists

Come Away To The Water - Maroon 5

Lover Is Childlike - The Low Anthem

The Hunger Games is actually a trilogy; called the "Hunger Games", "Catching Fire" and "MockingJay" by Suzanne Collins. You really have to read the whole series to get the full story. Enjoy.

The majority of these pictures were transformed and edited on Fotoflexer.com

Back to Top Page

Feel free to give your feedback. Comments are open to all......