I have been busking on the streets of Seattle off and on since 2001, and doing a little bit of street music before then. Seattle is one of the more busker-friendly cities in the United States, with a fair number of legal places to perform, and loads of individuals and groups doing just that. This lens is meant to share some of my preferred busking spots in Seattle, the requirements for performing at such spots; and some of my fellow street performers, along with their images and sounds.

A good many performers in or from Seattle got their start as buskers at Pike Place Market and elsewhere in the Seattle area. We perform at festivals, open mics, street fairs, bus tunnels, and practically anywhere else one is allowed to make a bit of noise and earn a bit of cash for entertaining locals and visitors alike. The current economic unpleasantness has also affected the livelihoods of street musicians (as will be discussed at more length below); but our work in creating music, culture and community continues apace, and shows no signs of stopping anytime soon...

UPDATE (MONDAY, DECEMBER 23, 2013): We Seattle buskers need to revive the Pike Market Buskers' Guild! The buskers are still at the Market in terrific numbers and regularity; but our annual Buskers' Festival didn't happen last year, because no one could seem to come together to organize the event. That simply won't do. My fellow buskers and I really ought to get together at a suitable coffeehouse and talk about this...

Links to Current and Former Seattle Buskers - Because there's no such thing as bad publicity...

Here's a small collection of links to the sites and Myspace profiles of several musicians who have graced the Seattle pavement (Pike Place Market, Folklife, etc.) with their presence and music. I hope that Seattle buskers not on this list will send me links to their profiles or websites, so I can include them here. Some are no longer with us, and some have moved on to bigger and better platforms; but I want to give them due credit for keeping street performing alive in our wet and windy city!

P.S. I'm looking for links to more female buskers and Seattle musicians of color. I know they're out there...!

A Brief Bit About Busking in Seattle

Even in this line of work, there's no lack of competition.

Like many people in the Pacific Northwest, I am quite susceptible to seasonal depression; and I've found that playing music outdoors is the only activity (besides listening to Qawwali music) that consistently relieves this condition. Hence, I try to keep at it year-round, even though my 30-year-old nylon-string guitar prefers to avoid outdoor temperatures below 45 degrees. Busking, or street performing, is also a good outlet when indoor club gigs become hard to come by. There is seldom any lack of work for the dedicated street musician; and Seattle has proven itself quite busker-friendly overall, even if Pike Place Market tends to frown on drummers and players of brass instruments, who are more inclined to congregate at Westlake Mall, or at the Seattle Center, weather permitting. The current state of the economy, unfortunately, has not left buskers unscathed; many of us find good tips from public passersby increasingly hard to come by. But plenty of us are still out there strumming on the pavement, just because it's good for one's mental health, at the very least.

Pike Place Market, as aforementioned, is the most obvious first choice for many Seattle street musicians, despite the frequent competition for choice spots, especially on weekends. Performing spots, for specific numbers of musicians or other performers, are designated by red-painted notes on the pavements; and performing permits are obtainable at the Market office for $30.00 per year, running from one Tax Day (April 15) to the next year's Tax Day. The permits themselves, and especially the required annual fee, have sparked controversy on occasion--even a bit of litigation now and again. Personally, I'm not opposed to the permits per se, as they tend to pay for themselves pretty quickly. I just hope the permit fees don't go up again anytime soon; there have been a couple of years when I had to put off renewing my permit when the money got really tight. When I play at the Market, I try to play folk material that's upbeat and not too edgy, since I'm mainly entertaining tourists and families with small children. Catching the attention of kids is a good tactic for getting their family members to stop and listen (and hopefully tip you!). Plus, as a larger-sized person, it always makes me happy to create a positive example as a performer for other people of size--especially children and youth. I save my edgier songs for busking in the University District.

However, there are numerous other places for busking in Seattle besides the Market. The Seattle Metro bus tunnel station entrances, especially the one at Westlake Center, is one of my favorite performing spots. The acoustics are splendid, and one can get in out of the elements to some degree. One can perform both outside and inside the station entrance there, as long as one doesn't play inside the tunnel station itself; and they don't charge you a permit fee to do so. A number of musicians like to play in the plaza area itself at Westlake Center; I myself like to stand under an awning or other sheltering mechanism; it protects you from sudden bursts of rain, and I like to have something to project my voice on, in order to be heard over the traffic.

The University of Washington Bookstore in Seattle's U-District is another of my personal favorite busking spots. Before I began playing by the bike-parking section several years ago, I first had a little discussion with the folks in the bookstores's fourth-floor office, just to make sure it was okay with them. This is another good covered spot, for those of us who don't like our instruments--or their cases--to get rained on. Here is where I like to do more obscure and political folk ballads, just making sure I'm not loud enough to disturb moviegoers at the Varsity Cinema across the street. This spot is particularly nice for performing during the December holiday season, when the Christmas (or whatever holiday...) lights come on around you as the sun sets and the building shadows lengthen.

Summer music festivals in Seattle--some of them, at least--also attract a fair number of local buskers; and each festival has its own policy regarding buskers on the festival grounds. My favorite festivals to work as a street performer are the Northwest Folklife Festival, the Fremont Fair, and the University District Street Fair. Most other street fairs and farmer's market events in Seattle are also busker-friendly; but I have less personal experience with those. I highly recommend visiting each event's website in advance of performing therein, to check out the event's busking policy; permits are usually not required. In any case, even if I'm not officially selected to perform at the aforementioned festivals, I can still play there, on or off the program!

Buskers have not escaped the deleterious effects of the current economic recession. Tips have become few and far between for many street performers, throughout the United States. I am fortunate in that busking tips are not my only income; many musicians, however, have been forced to--shall we say--"diversify" their musical and other employment options. At the same time, one cannot help but notice that the empty retail entrances where one can set up a performance spot have increased in number and location in the greater Seattle area. It is to be hoped that we can collectively extricate ourselves from this economic rut we're stuck in at present; and that live, impromptu public music performances can be "stimulated" substantially in the next few years. Buskers, of course, cannot readily be "laid off"; but we hope that our craft will recover and pay better once again--the same hope shared by workers in every other profession.

Check Out Our Featured Busker MP3! 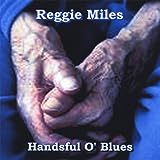 Seattle Street Performers on Youtube - Hopefully they got tipped for the tapings...

A few old Seattle classics in this collection--including the late Jim Hinde, Amber Tide, and some of Jason Webley's early busking experiences...

Jason Webley has long been my favorite local performer. He's toured the world, and worked with many other amazing artists; but he always comes home to Seattle sooner or later. Here's a very early video of his when he was still busking at the Northwest Folklife Festival, around 2000 or '01.

The best music heard at Seattle's Northwest Folklife Festival is often produced by the buskers and pickup bands on the grass and pavements. I've been there and done that many times myself...

Here's a fine stage performance by my old friends Amber Tide: the husband-and-wife duo of Thaddeus Spae (aka my recording engineer), and his late wife and vocal partner Sandahbeth Spae (1950-2008).

Seattle Buskers on Amazon - Seattle Street Musicians, Past and Present

Here are just a few of the fine local artists who got their start busking at Pike Place Market and other Seattle-area nooks and crannies... 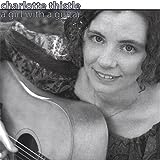 Girl With a Guitar
Buy Now 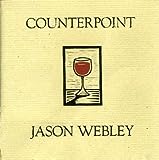 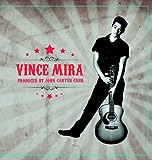 Reader Feedback: the Busker's CyberCase - Because buskers like to hear from their audience...